“I get up every day so excited about what we’re doing. I genuinely believe we can make a difference.” 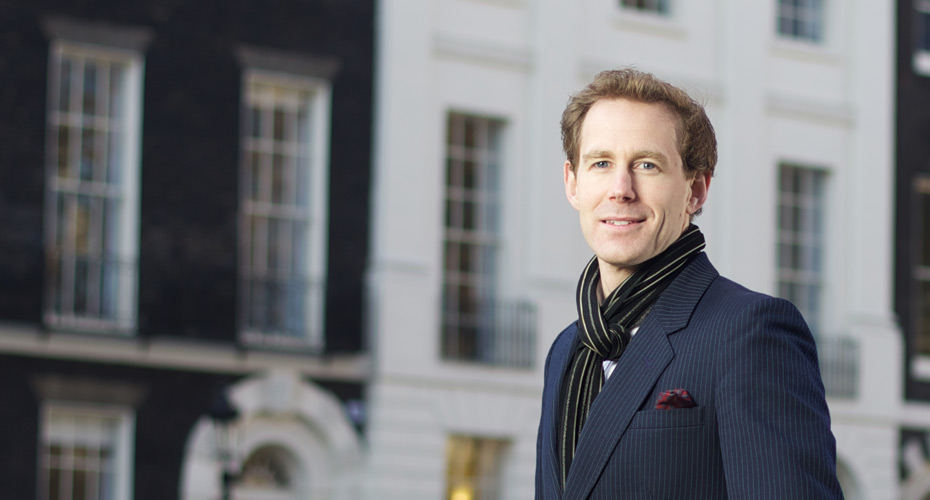 Ten years on from graduating from Exeter, Nick Hungerford is about to launch a brand new kind of investment management company.

When I came up with the idea for Nutmeg, there were two problems I wanted to solve. The fact that many of my investment clients were frustrated with the high fees they were paying. And that many investment houses simply won’t take you seriously unless you have £1 million to invest.

I wanted to create a smart, secure, online investment management service – that was open to anyone. That’s the basic concept of Nutmeg – you can start investing with as much or as little as you want and because we’re online, we can charge much lower fees. One of the problems with the finance industry is that people say it’s really complicated. It really isn’t – it’s just made to seem that way so that people can charge high fees. Nutmeg aims to make investming a lot more accessible, and a lot more transparent.

Since I gained my business degree from Exeter, I’ve been working in finance and markets. I spent about six years at Barclays, learning about investing and trading. I was able to interact with the City but as a money manager I was also able to talk with real people; those investing their hard earned savings. I was in the middle learning about the problems and inefficiencies from both sides. I subsequently moved to Brewin Dolphin as a divisional director.

I came up with the business plan behind Nutmeg while I was studying at Stanford University, in California. I was fortunate to be accepted onto the MBA course. It was a once-in-a-lifetime experience – you’re interacting with some of the brightest minds in the

World; I was able to spend time with incredible entrepreneurs from companies like Google, Facebook and Twitter. They wereincredibly humble and driven not by a financial mission, but the opportunity and challenge of doing something innovative, different and world-changing. Stanford opens your eyes to the idea that anything is possible. That’s hugely exciting but it’s a daunting expectation to live up to.

Nutmeg really started growing after I’d finished my MBA. I had some great professors at Stanford who believed in me and supported what I was doing, like Eric Schmidt the Chairman and ex-CEO of Google. I got Tim Draper on board – the founder of Hotmail and Skype – as an investor, which was a huge boost in terms of credibility. Pentech, a respected British venture capital company added further expertise as did a number of global experts who are members of our advisory group. From there my co-founder and I were able to build the team we needed to make Nutmeg happen.

The thing I love most about my job is the people I work with. We enjoy quick-fire debate but with complete trust so that everyone feels free to share their view and no comment is regarded as too crazy. As CEO, I am ultimately responsible for all that goes on. But I am most responsible for maintaining the culture of Nutmeg and ensuring that everyone is happy, intellectually stretched and enthused. I get up every day so excited about what we’re doing and am constantly willing time to slow down so we can get more done. Together we genuinely believe we can make a difference and help people to build a stable financial future for themselves and their families.

It’s now ten years since I was at Exeter, and I look back on those years fondly. I think I was one of those people who really benefitted from the Exeter experience. I made some fantastic friends, who keep me grounded – and I enjoy sharing how great Exeter is with other people. And watch this space - I’m currently working with Exeter to see if we can do something special on Nutmegfor current students and alumni.

I’ve always believed in setting my sights high. Through Nutmeg, I want to revolutionise saving and investing. If you don’t think it, you won’t get there. To succeed in business, you need perseverance. That, and the will and humility to surround yourself with people who are better than you. Continue to do those two things consistently and you can’t go far wrong.