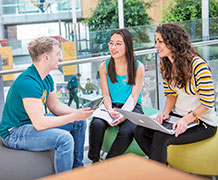 Exeter has cemented its position as one of the best universities in the world in the latest influential rankings.

The University of Exeter has cemented its position as one of the best universities in the world, according to the latest influential rankings.

The Academic Ranking of World Universities (ARWU) 2018, published on Wednesday August 15, has seen the University retain its place amongst the top 200 ranked global institutions.

For the fourth consecutive year, Exeter has been ranked in the 151-200 category worldwide. Within the UK, the rankings placed Exeter between 17th and 21st, comparable to last year.

More than 1200 universities are ranked by ARWU each year, with the top 500 results published.

Professor Sir Steve Smith, Vice-Chancellor and Chief Executive of the University of Exeter, said: “I am delighted that the impact the Exeter is making on the global stage, through its world-leading research, has once again been recognised and acknowledged in these latest rankings.

“The criteria for these rankings, which include published research in highly respected journals, provide a clear indication of the pioneering work that is being carried out here at Exeter by our world-leading academic staff.”

The ARWU 2018 rankings are the latest success for Exeter on the international stage.

Earlier this year, the University was sixth in the UK, ninth in Europe and 35th in the world in the CWTS Leiden Ranking 2018, which offers key insights into the scientific performance of the major universities worldwide.