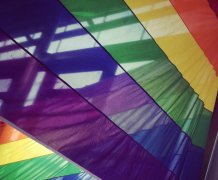 The University of Exeter has been named as one of the top-200 best employers in Britain for lesbian, gay, bisexual and transgender staff.

The University of Exeter has been named as one of the top-200 best employers in Britain for lesbian, gay, bisexual and transgender staff.

The University has climbed more than 100 places, to 163rd, in the high profile rankings published by leading charity Stonewall today (January 31, 2018).

The ranking, now in its 14th year, celebrates the efforts of leading organisations to create inclusive workplaces and is based on a range of key indicators which include confidential questionnaire of staff.

Anne-Marie Baker, the University of Exeter’s Wellbeing and Inclusivity Manager, said: “We are thrilled our work to help create an inclusive environment for those of all sexual orientations and gender identities within the University has been recognised by Stonewall. We are committed to supporting students and staff to work and study in an environment that promotes equality and for everyone to be comfortable with their own sexual orientation and gender identities at work.

“The diversity of our staff and student community enriches all of the world-leading teaching and research at the University of Exeter. We are committed to developing an environment which promotes equality of opportunity, values diversity and where students and staff can work and study free from discrimination and harassment.”

Stonewall recognised efforts at the University of Exeter to support all workers to be comfortable to show their sexual orientation and gender identity at work. This includes the launch of a new LGBTQ+ Staff Network, where people can meet regularly to socialise and the introduction of rainbow lanyards that everyone can wear to show their support for an LGBT-inclusive workplace. Staff and students also support Exeter Pride, and mark the event on campus by flying several rainbow flag.

LGBT staff are increasingly involved in providing advice and input into decisions made at the University about inclusivity, training and policies and serve on the University's Inclusivity Group.

A total of 434 organisations took part in the index this year. Organisations who want to participate in the rankings have to demonstrate their work to promote equality in ten areas, including policies, having allies and role models, senior leadership, monitoring, procurement, and community engagement.

This year 770 University of Exeter staff took part in the Stonewall staff survey, used as part of the evidence in compiling the rankings, the highest ever response rate. Stonewall received over 92,000 responses to the staff survey making it one of the largest national employment surveys in Britain, with 16,186 LGBT respondents.