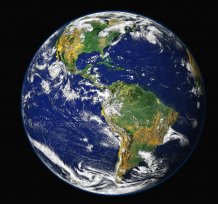 The quest to discover what drove the last, long-term global climate shift on Earth, has taken a new, revealing twist

The quest to discover what drove the last, long-term global climate shift on Earth, which took place around a million years ago, has taken a new, revealing twist.

A team of researchers led by Dr Sev Kender from the University of Exeter, have found a fascinating new insight into the causes of the Mid-Pleistocene Transition (MPT) - the phenomenon whereby the planet experienced longer, intensified cycles of extreme cold conditions.

While the causes of the MPT are not fully known, one of the most prominent theories suggests it may have been driven by reductions in glacial CO2 emissions.

Now, Dr Kender and his team have discovered that the closure of the Bering Strait during this period due to glaciation could have led the North Pacific to become stratified – or divided into distinct layers – causing CO2 to be removed from the atmosphere. This would, they suggest, have caused global cooling.

The team believe the latest discovery could provide a pivotal new understanding of how the MPT occurred, but also give a fresh insight into the driving factors behind global climate changes.

The research is published in Nature Communications on December 19th 2018.

Dr Kender, a co-author on the study from the Camborne School of Mines, based at the University of Exeter’s Penryn Campus in Cornwall said: ”The subarctic North Pacific is composed of some of the oldest water on Earth, which has been separated from the atmosphere for such a long time that a high concentration of dissolved CO2 has built up at depth. When this water upwells to the surface, some of the CO2 is released. This is thought to be an important process in geological time, causing some of the global warming that followed past glaciations.

“We took deep sediment cores from the bottom of the Bering Sea that gave us an archive of the history of the region. By studying the chemistry of sediment and fossil shells from marine protists called foraminifera, we reconstructed plankton productivity, and surface and bottom water masses. We were also able to better date the sediments so that we could compare changes in the Bering Sea to other global changes at that time.

“We discovered that the Bering Sea region became more stratified during the MPT with an expanded intermediate-depth watermass, such that one of the important contributors to global warming – the upwelling of the subarctic North Pacific – was effectively curtailed.”

The Earth’s climate has always been subjected to significant changes, and over the past 600,000 years and more it has commonly oscillated between warm periods, similar today, and colder, ‘glacial’ periods when large swathes of continents are blanketed under several kilometres of ice.

These regular, natural changes in the Earth’s climate are governed by changes in how the Earth orbits around the sun, and variations in the tilt of its axis caused by gravitational interactions with other planets.

These changes, known as orbital cycles, can affect how solar energy is dispersed across the planet. Some orbital cycles can, therefore, lead to colder summers in the Northern Hemisphere which can trigger the start of glaciations, while later cycles can bring warmer summers, causing the ice to melt.,

These cycles can be influenced by a host of factors that can amplify their effect. One of which is CO2 levels in the atmosphere.

As the MPT occurred during a period when there were no apparent changes in the nature of the orbit cycles, scientists have long been attempting to discover what drove the changes to take place.

For this research, Dr Kender and his team drilled for deep-sea sediment in the Bering Sea, in conjunction with the International Ocean Discovery Program, and measured the chemistry of the fossil shells and sediments.

The team were able to create a detailed reconstruction of oceanic water masses through time – and found that the closure of the Baring Strait caused the subarctic North Pacific became stratified during this period of glaciation.

This stratification, that argue, would have removed CO2 from the atmosphere and caused global cooling.

Dr Kender added: “Today much of the cold water produced by sea ice action flows northward into the Arctic Ocean through the Bering Strait. As glaciers grew and sea levels fell around 1 million years ago, the Bering Strait would have closed, retaining colder water within the Bering Sea. This expanded watermass appears to have stifled the upwelling of deep CO2-rich water and allowed the ocean to sequester more CO2 out of the atmosphere. The associated cooling effect would have changed the sensitivity of Earth to orbital cycles, causing colder and longer glaciations that characterise climate ever since.

“Our findings highlight the importance of understanding present and future changes to the high latitude oceans, as these regions are so important for long term sequestration or release of atmospheric CO2.”