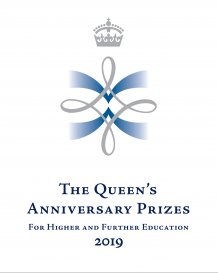 The University of Exeter has been awarded a Queen’s Anniversary Prize for Higher Education for the pivotal role it has played to expose the devastating effect that plastics pollution has on the health of humans and wildlife.

This prestigious national honour has been approved by The Queen on the advice of the Prime Minister following recommendations by the Awards Council of the Royal Anniversary Trust, which administers the Prizes scheme.

It has focused on a series of in-depth studies into the global impact plastics of micro and nano-plastics – small plastic particles less than 1mm in length -which are increasingly contaminating the natural environment. Crucially, this can have implications for the rest of the food chain, including humans.

“The pivotal research carried out by our world-class team of experts in this field has already had a crucial impact in showing just how detrimental plastics and  microplastic pollution is to the natural environment.