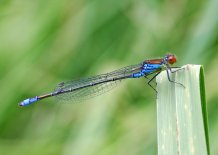 People of all ages are being given the opportunity to spend time in the company of insects, through a series of fascinating new poems.

Award-winning poet Fiona Benson and sound artists Mair Bosworth and Eliza Lomas release their new collection of poetry sound pieces called In the Company of Insects, to the public from Monday, June 8th.

Each poem is dedicated to a different insect – from crickets to glowworms, fireflies to cockroaches. The poems have been recorded and the world of the insect brought to life through immersive sound design, field recordings made on location, and interviews with insect experts.

The poems were created as part of Fiona’s 2020 Urgency Arts Commission with the University of Exeter’s Arts and Culture team, in collaboration with radio producers Mair Bosworth and Eliza Lomas.

The new collection is split into three parts and contains a total of 60 new recorded poems. It brings scientific research to life through poetry and sound.

Created over 18 months, all three sections address the urgency inherent in an insect’s short lifespan, the developing environmental crisis and shrinking biodiversity.

The first section, Bioluminescent Baby, is the fruit of a collaboration between Fiona Benson, Mair Bosworth and Eliza Lomas. For each piece the artists travelled – bodily, or via zoom -  to witness insect events, including cicadas emerging in their tens of thousands, and mass illumination of fireflies. They made field recordings of the insects; interviewed entomologists, researchers, and enthusiasts; and responded creatively and collaboratively – via poetry and sound – to the insect world. The pieces draw on the expert voices of academics from the University of Exeter (Penryn & Exeter) and from further afield - the University of Columbia New York, and the University of Connecticut for example.

Bioluminescent Baby invites the listener to join them on these immersive journeys, from the vast ranges of the Smoky Mountains in West Virginia to the more intimate meadows of Totnes, while also touching on humanitarian issues such as the desperate fight against mosquito-borne malaria in countries like Mozambique.

Bioluminescent Baby, includes 16 new poems written and read by Fiona herself. Beautiful, poignant and visceral, they create bridges of empathy between the insect and the human world.

The project also saw Fiona run a series of poetry workshops across the South West of England and London, which involved more than 200 people.

Insect Love Songs, the second part of the collection, features poems written and voiced by a selection of these workshop participants. Each focusing on, and responding to, a particular insect, they include poems by published writers including Senior Lecturer in Creative Writing at the University of Exeter, John Wedgewood-Clark and Rebecca Gethin, and up and coming stars such as Kareem Parkins-Brown, Rishi Dastidar, Morag Smith, Laura Warner, and the Grand Bard of Exeter Kimwei McCarthy. Beautifully produced and sound-scaped by Eliza Lomas, these pieces are wonderful singing explorations of the wonders of the insect world.

As part of the collection, Fiona also spent time in Cornwall running workshops with people from across the county.  The first of these saw Fiona work with BA and MA Creative Writing and Professional Writing at Falmouth University to inspire creative responses to her a selection of her own insect specimens. These poems were then recorded by the students and a selection feature in the public anthology.

Also featured in Insect Love Songs is a selection of poems created at workshops that took place at the Eden Project. Using Eden’s collections these workshops explored how the organisation uses predatory insects to naturally keep down pest numbers in their biomes rather than using chemical pesticides.

Fiona also drew inspiration from research happening at the University of Exeter’s Penryn campus, and poems featured in her own collection Bioluminescent Baby include recorded conversations with academics Dr Tom Tregnanza, Professor of Evolutionary Ecology and Dr Karl Wotton, Senior Lecturer in the Genetics of Migration.

The third and final part of the collection, Insect Chimeras, features collages of the children’s poems. read by the children themselves, and will be released at a later date.

Speaking ahead of the launch, Fiona said:  “From the mating displays of fireflies and cicadas in the USA, to the study of hoverflies and crickets on Penryn Campus in Cornwall, we have been able to immerse ourselves in the insect world in a way that simply would not have been possible otherwise.

The sound pieces that Mair Bosworth and Eliza Lomas have created are works of great beauty. They take you on aural journeys deep into the world of insects, and the scientists and conservationists who investigate and protect them.

“Working with Arts & Culture at the University of Exeter has been a collaborative delight. I hope that these pieces will give their listeners new ways to approach these incredibly important cohabiters of our incredible planet, and to find ways – in these times of insect population decline – to protect them. We cannot love what we do not know.”

Sound artist and radio producer who collaborated with Fiona to bring these recordings to life said: “It's often said in conservation circles that we cannot protect what we do not love, and we cannot love what we do not know. This project has been an attempt to enter the secret, bizarre, unseen worlds of insects through watching and listening to them and speaking to experts and enthusiasts about their behaviour. Through recording, writing and listening deeply, we have tried to celebrate insects and to invite people to marvel at them with us. So really, these are love songs of a kind.’

Sound artist and producer Eliza Lomas said ‘It's been fascinating to learn so much about insects through the medium of language which crackles with descriptive power. From a sound design perspective, I consider the work analogous to scientists' focus on the minutiae around us: a microscope for the ears. The opportunity to be part of this chain of translation - from insect, to scientist, to poet, to listener - has been a joy and a privilege.”

In the last academic year, poet Fiona Benson and producer Mair Bosworth collaborated on a collection of poems and interviews that immersed audiences in the world of insects. This academic year, Fiona has led on a much larger project to continue creating these amazing poems and soundscapes, and extending out to adults of all ages, children, as well as staff and students at the University of Exeter. She has led on the creation of an extraordinary online work, something we’re calling an audio-pamphlet.

With 60 poems, original artworks by children, and over a dozen interviews with entomologists, In the Company of Insects is a wonderful resource for poetry-lovers and insect-enthusiasts alike.’

You can listen to parts one and two of the audio collection by visiting https://www.artsandcultureexeter.co.uk/arts-commission/fiona-benson-2020-arts-commission/output