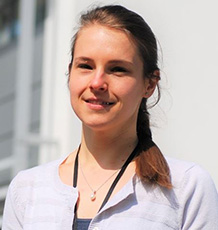 Jenny works in the Enterprise and Innovation Programmes team and manages the Contract Research and Consultancy Team.

Jenny’s role is to manage, support and grow a complex portfolio of contracts relating to the contract research and consultancy activities mainly within SSIS, HUMS, BUS.

This involves supporting academics and colleagues with the development and management of projects with businesses, government and charities, to ensure the effective collaboration of organisations and academics.