National Coming Out Day is observed on 11 October

It is an annual LGBTQ+ awareness day, which started in the USA in 1988 and is now celebrated all around the world, to promote positivity and support coming out. Many LGBTQ+ people use this day as a way of speaking their truth and affirming their identity. Being ‘out’ can lead to being a role model, being a support network or just showing the world you are who you are.

Below we have interviews we have made with a few of the Exeter University community who have come out. Questions like, when, where and how with some personal responses and some great thought-provoking advice.

If you would like to speak to someone regarding coming out, whether you have, intend to or just want a friendly ear, you can contact the LGBTQ+ Staff Network Coordinators HERE 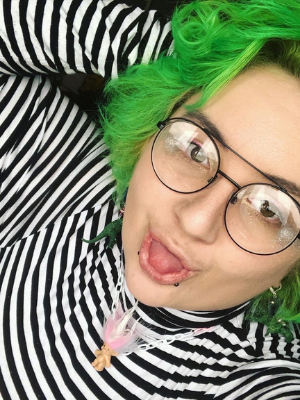 Pronouns: he/him/his or they/them/their – I use either or both interchangeably

What does being out mean to you? To me being out is about not feeling the need to hide my LGBT-ness from others, and talking freely about my life, without cutting off those aspects. It also helps me advocate for and support other LGBT people who may not be able to.

What did you come out as (gay, bi, trans, use any terms you like here): I came out as bi officially at about 13, and as trans for the first time when I was about 17, but didn’t really make being out my default until I was about 20.

What other words would you use to describe yourself? Gender is complicated so I sometimes just say “man adjacent”, or “non-binary trans man” or “trans masc nb”. I always use bi though.

How old were you when you first realised your identity? Knew I was bi all my memorable life, and I knew bi and gay people so I knew that was an option. Knowing when I was trans is harder to pinpoint, as I didn’t have the language until I was in my mid/late teens.

How old were you when you first told someone? With the specific word “bi” I came out at like 13. but spoke about marrying people in TV shows way before! Transness I first told someone explicitly I was trans at about 17.

Did you plan it? If so, how? Not really on either count! No big face to face speeches, I figured it was easier to word things and not panic about it by message.

What made you choose that person to tell? I’m super close to my little sisters, and I wanted them to be able to see me as a role model.

Can you remember what you said? Nope – all a blur!

How did you feel? I was so nervous, and I also felt a bit silly for how nervous I was – I knew that my family were relatively supportive. I also knew that even if it did all blow up for some reason, I wouldn’t be entirely alone. But I was worried it would change something for the worse, even small, that I couldn’t take back.

What did they say/their reaction? Positive, pretty much. My dad was angry that I hadn’t felt I could come out sooner, which wasn’t very helpful, but that quickly dissipated.

What was your relationship with the person like afterwards? Better! I feel like they know me better, and I know them better.

What advice would you give someone wanting to come out? The things that empowered me to be able to come out were knowing that I had an “escape plan”, even if it wouldn’t be a long term one, if it didn’t work out; knowing my work/studyplaces rules on discrimination etc; having a community of other LGBT people around me to support me through the process; and that I didn’t owe anyone a certain way or time of coming out.

If you could do it all again, would you do it any differently? If so, how? I would come out as trans sooner, when my grandpa was still alive. 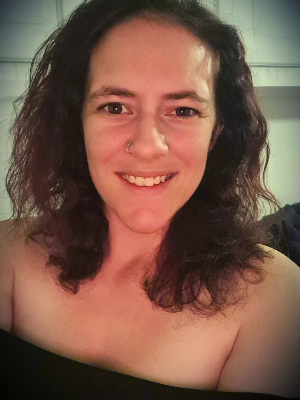 What does being out mean to you? Being out to me means being able to be my authentic self, not having to hide anything about who I am, or who I love.

What did you come out as (gay, bi, trans, use any terms you like here)? I first came out as bisexual as a teenager, and then later came out as non-binary

What other words would you use to describe yourself? I also describe myself as trans, and queer.

How old were you when you first realised your identity? I first realised my sexuality in my early teens, when I realised I was equally attracted to men and women. Around 16/17 I started to realise my gender identity.

How old were you when you first told someone? I first came out as bisexual at 14, and I came out as non-binary at 17.

Did you plan it? If so, how? I knew who I wanted to tell, but I didn’t plan anything about how I was going to do it.

What made you choose that person to tell? I chose them as they were my closest friend at school, and I knew that they were an ally.

Can you remember what you said? I remember saying to them that I had realised that I was attracted to women as well as men, and that I thought this meant I was bisexual, but that I didn’t really know.

How did you feel? I was slightly worried, but not overly concerned about how they would react.

What did they say/their reaction? They were not surprised at all. Apparently I was not as subtle as I thought I was when I was checking people out!

What’s it like now? We aren’t particularly close, having not seen each other since high school, but if we were to meet up, nothing would have changed.

What advice would you give someone wanting to come out? Make sure you are ready, and don’t put too much pressure on yourself about it. If it helps to plan what you are going to say, then do that. Remember that you are going to have many opportunities to come out to people, so, don’t worry too much if it doesn’t quite go the way you planned.

If you could do it all again, would you do it any differently? If so, how? I don’t know that I would have done anything differently. I was lucky when I came out that the first people I came out to were very supportive.