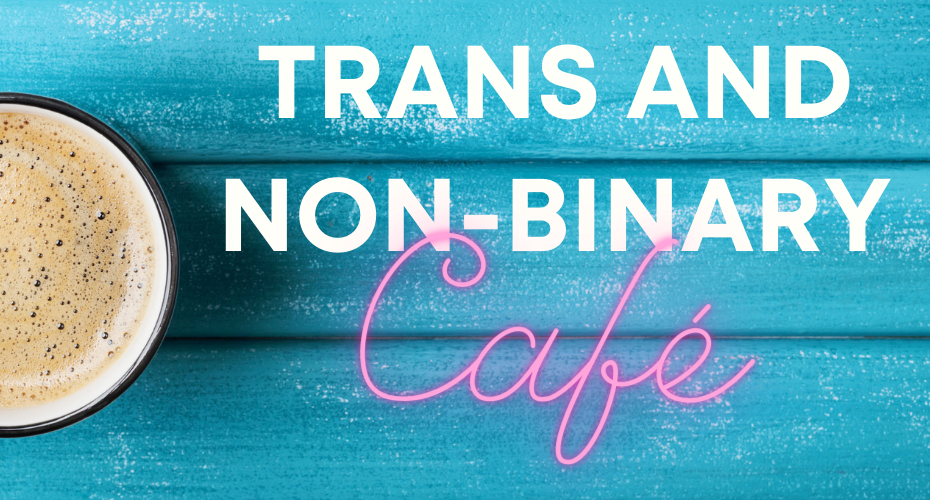 A place to come together with other trans, non-binary and intersex people and discuss whatever you would like, click HERE

TDoV takes place on 31 March each year to celebrate trans and non-binary people and raise awareness of discrimination faced by trans people worldwide.

The University of Exeter community has come together to write a few sentences on a trans and/or non-binary person who has inspired or influenced them in their work or their life more broadly. This is someone who has contributed to their academic field in some way, someone whose activism has inspired them or someone who they feel has made important contributions to their field, society more widely, or to their own life. They may also be someone the community know personally, or through their contribution to their field, or from entertainment.

The Nominations We Couldn't Make 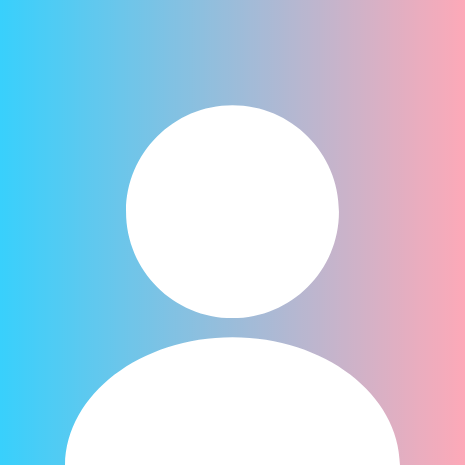 There are several people that I wanted to nominate (and I'm sure others are in the same situation) but can't because those people are not out publicly enough to be celebrated on this platform. There are dear friends of mine, who change the world a little bit every day with their commitment to kindness and warmth. They are people who give back endlessly to the community - they volunteer, they do support work, they are activists, and they are chosen, family. This nomination is for those specific people, but also every trans/nonbinary person who would be nominated and celebrated this TDoV, if not for the risks and concerns people understandable have about coming out. Visibility can be wonderful, it can celebrate our successes and achievements, showcase our depth and breadth of experiences, and hopefully give a positive representation, to everyone but especially to other trans and/or nonbinary people. However, visibility can come at a cost, and there are many reasons people may not feel able or want to come out and be visible, but not least of these reasons is the concern that they will be met with transphobia. To everyone who would be being celebrated here but is not out/not out enough to be posted so publicly, you are recognised, valued and loved, and thank you for all you do, big and small, to make the world a better place. 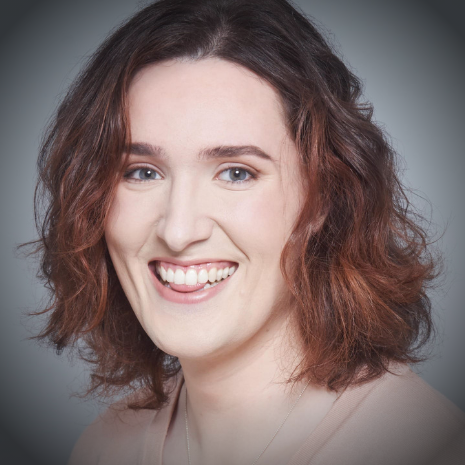 Abi runs the youtube channel 'PhilosophyTube', where she has been talking at length about philosophy topics, and issues using the framework she learned from her philosophy degree. She has been making this kind of knowledge accessible and interesting, and covers a wide range of topics sensitively, creatively, and wonderfully. She came out recently in a wonderful video, and continues to be outspoken on injustice of all forms, and is a wonderful role model. Her warmth, compassion, commitment to equality and making knowledge accessible is wonderful! 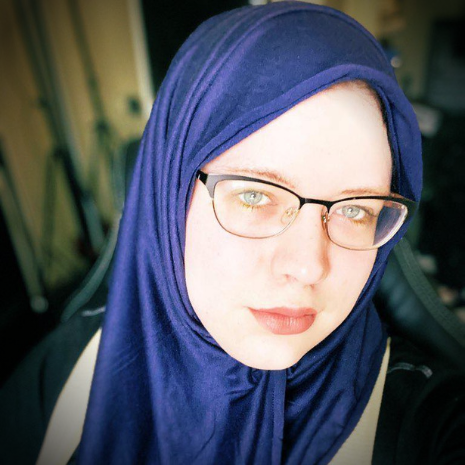 Alice is a podcaster and Twitch-streamer based in Glasgow. She co-hosts the podcasts 'Trashfuture', 'Well There's Your Problem', and 'Kill James Bond'. She is an intelligent, well-informed, and funny commentator on culture, technology, and current affairs, in addition to her inexplicable interests in Soviet wristwatches and military vehicles.

As a Muslim trans woman with a significant online presence, Alice has been targeted with a great deal of abuse and harassment. Her openness, fortitude and endurance in the face of this, and her continuing support of others in the online creative industry is admirable. Her honesty about the cost of this, in terms of her own wellbeing, has been particularly valuable and moving. 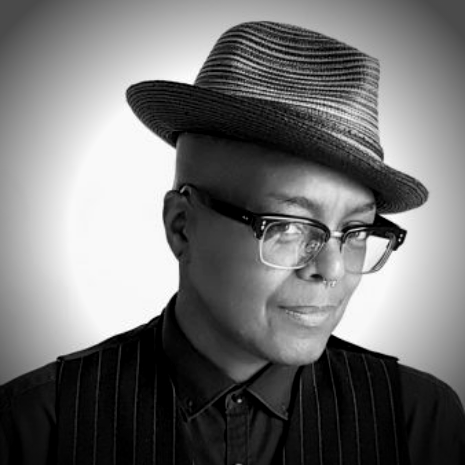 Campbell X is an award-winning writer, filmmaker and mentor whose art centres queer, trans and Black characters. His work includes the films Stud Life and DESIRE and the webseries Different for Girls. He is simply one of the best people you will ever meet! 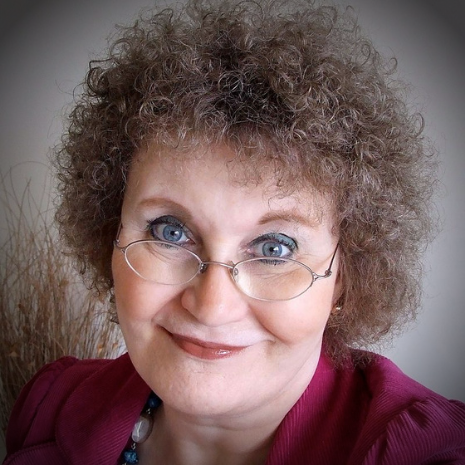 I follow Christine Burns on twitter and have learned a huge amount from her about what it is like to be trans in our society. I always find her commentary measured and fair, as well as educational and informative - a rare and admirable feat on a platform that is rife with knee-jerk reactions and personal attacks. I admire her enormously and recommend her writings to anyone wanting to educate themselves.

There are others I'd like to nominate who are not in the public eye and have graciously shared their personal experiences so that I might learn to be a better ally, but I'm not in a position to disclose their identities. 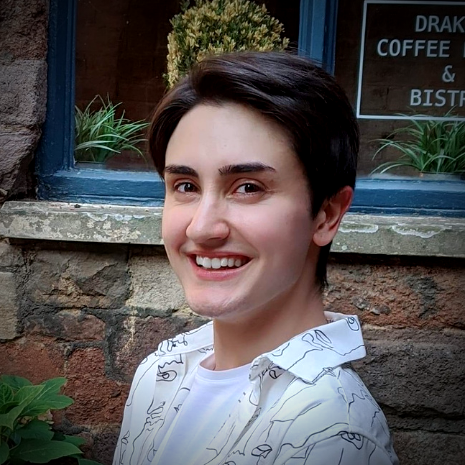 Dimitri is the trans rep for LGBT+ soc here at Exeter. He's always looking for ways to make the lives of trans+ students and staff both easier and overall better, from advocating for change at a university level, to providing advice and support to those who need it. He's incredibly kind and approachable and a great rep for the society. We're very lucky to have him - thank you Dimitri! 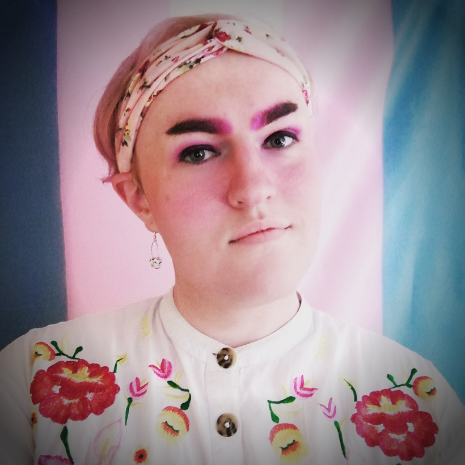 Sophie is an online creative, a Twitch-streamer, YouTube essayist, podcaster, cultural critic, and co-creator of Rolling with Rainbows, a series exploring how to make tabletop games safe, fun, and inclusive.

Their philosophically literate and very personal video "Being Seen, a video about being trans and non-binary" has been of immense value to many people. Their statement “you should try to be the person you needed when you were younger" is an extraordinary commitment to a better world, a world which is safer and kinder to everyone trying to discover and become their best selves.

Sophie’s thoughtful cultural commentaries and criticisms foreground inclusivity and, as a fundraiser and activist, Sophie has supported and championed LGBTNBQ+ communities. 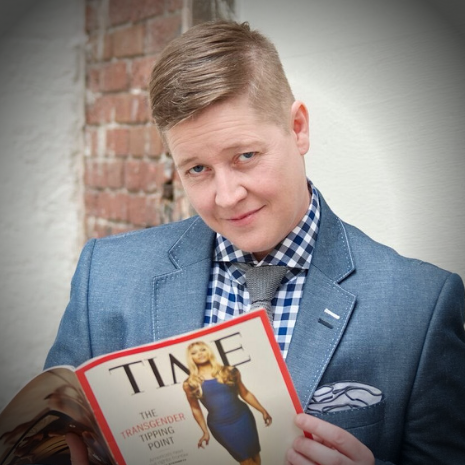 Ivan Coyote is a Canadian spoken-word performer, writer, storyteller and LGBTQIA advocate.  I found some recordings of their performances on YouTube around the time I was understanding my identity and then coming out.  I especially love Coyote's performances exploring butchness such as "A Butch Roadmap".

Watching their performances made me laugh during a time that was – and sometimes still is –difficult, while also giving me an example of a person who embodies butchness and transness in ways to which I can relate. 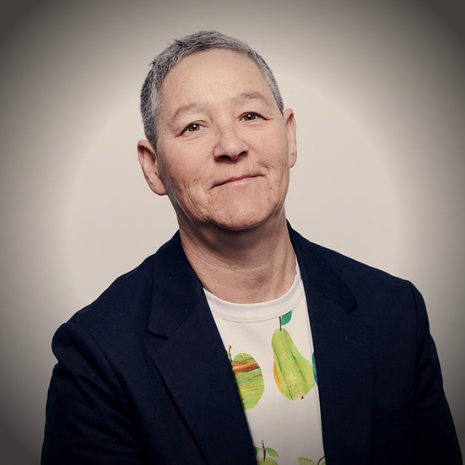 Jack’s writing on the gothic, monsters, on wildness and on gender have been hugely influential in my dissertation, and his works hugely shaped my studies. I find Jack’s writing to be a huge part of why I pursued queer theory academically, as I really appreciated his approaches and contributions, particularly on his decisions to engage not only with ‘high brow’ literature but to look theoretically at silly archives, at the more popular texts - children’s films, pop culture, and that which others may think of as low brow.

His wilful push to draw on not only cis, white men in queer studies but also draw on other sites of resistance is what really helped me engage with theory and see what I wanted to pursue and write about. His joyous, insightful and powerful writing has really helped me connect with gender theories and frameworks that help me study and talk about gender in ways that inspire and excite me. 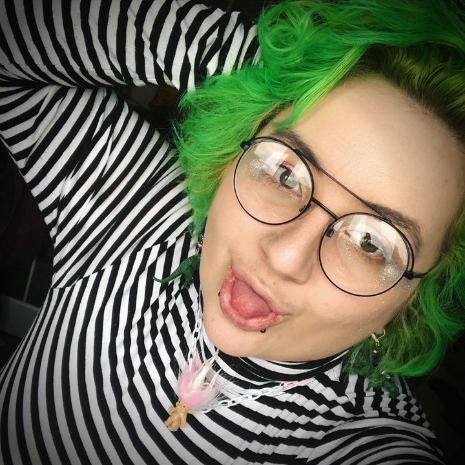 Jasper is so gracious and relentless in his fight for a better world for Trans people. He is so generous with his wisdom and knowledge (which is incredibly extensive). He has an amazing way of being critical but helpful and constructive at the same time. He works so hard- constantly keeping this fight for social justice on every agenda- shining when dealing with people at all levels of the organisation and knocking big wins for his community out of the park! You are wonderful, seen and appreciated Jasper! 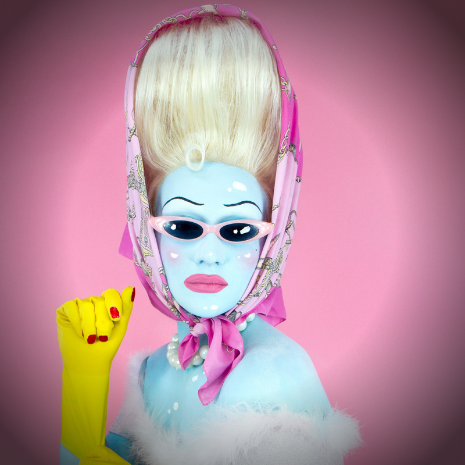 Juno Birch is a transgender woman who is also a drag queen in Manchester in the UK. She radiates positivity and he is an amazing performer. She uses her platform to spread joy, kindness and acceptance. She stands against transphobia and got blocked by J K Rowling after criticising her transphobic essay and views so Juno is doing something right! 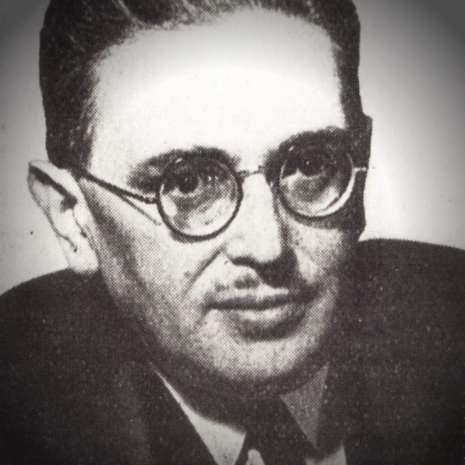 In "Memoirs of a Man's Maiden Years" ("Aus eines Mannes Mädchenjahren"), the author N. O. Body (pseudonym for Karl M. Baer) Body narrates his experiences of having been assigned female at birth and later transitioning to live as a man (he had his birth certificate changed, too). As a remarkable historical source, it offers insight into understandings of sexual and gender diversity in Wilhelmine Germany, decades before the heyday of queer culture in Weimar Germany.

I teach this text as part of the undergraduate programme in German and many students are surprised to find out that Body was able to eloquently express his gender identity over a hundred years ago. N. O. Body was Jewish, an identity he hid in his autobiography. This raises really interesting questions about the intersectionality of gender, sexuality, race, and religion and how this impacts differently on individuals. 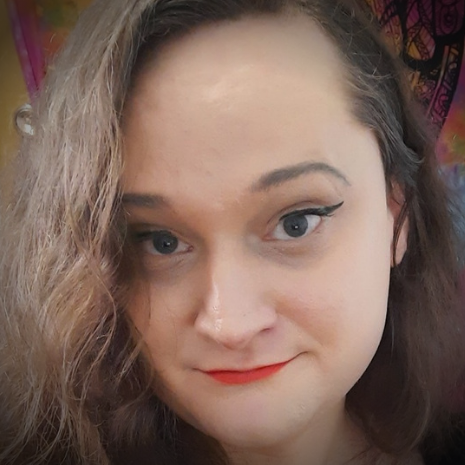 I have worked very closely with Lena this past year and seen first hand what a force of nature she is. To say she works 'tirelessly' would do her a disservice, because the work is at times, exhausting. I know first hand the after-work and weekend hours that the work we do together costs, and how draining the work can sometimes be. Nevertheless, she persists, and to phenomenal results. She has cultivated a safe, warm and dedicated trans space in trans cafe, and navigated difficult and often frustrating conversations and situations with unparalleled grace and patience, without ever wavering in her commitments to her values, to supporting and uplifting the trans community, and fighting the good fight.

To list the successes here would take an age - but they are far reaching and concrete, tangible impacts to the trans experience here in Exeter. Anyone who has been in meetings with Lena on trans issues will know she is immensely knowledgeable and passionate, but that this insight is used always in the service of brighter and better outcomes for trans people in the University and beyond it. It seems as though this skill and knowledge comes easily to Lena, and I am constantly in awe of her and all that she can achieve - but, I know that to say it comes easily diminishes the weight of this amazing work.

It is not easy to fight these fights, push these doors or have these conversations, but Lena finds the strength and warmth in herself  to continue anyway, and it is impossible to overstate how impressed and thankful I am for that. Lena is, put simply, phenomenal, and we are so lucky to have her here. I am endlessly in awe of Lena, and I love her dearly as a fantastic colleague and trans advocate, but also as a wonderful friend - in all she brings, warmth, kindness, support both emotional and practical, and an astounding amount of heart. 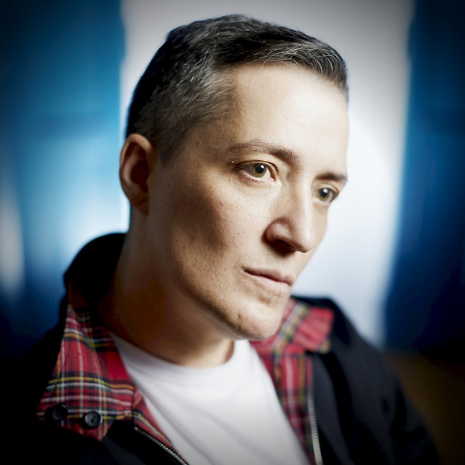 This person is a philosopher, artist and writer trans who has raised awareness, confidence and inspiration for millions, I should say, of people around the globe (mostly Europe and America).

Zand is an 'ugly pop' musician who writes unabashed music that is feisty, feminist and fun.  They write on themes like sex work, on being told they are too loud and outspoken, and their song 'Freak' is explicitly about their nonbinary identity. It is so refreshing and wonderful to be able to hear music that reflects my identity that way. With lines like "still we got the gall to f*** the cis-tem " and" Baby it is so plain to see, I do not f*** with he or she, And there's so many more like me", Zand is never afraid to be who they are, and it's inspiring and empowering.... AND they are great to blast out in the car.