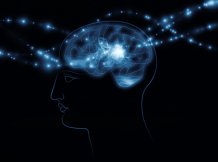 Nearly one million people in the UK have dementia. People living with the most common form, Alzheimer’s disease, can experience difficulties working out where they are, meaning they often get lost even in familiar environments. New research funded by Alzheimer’s Research UK at the University of Exeter Medical School sheds new light about why this might happen.

The brain contains specialised nerve cells called ‘speed-sensitive cells’, which change their firing rate depending how fast someone is moving. Much like a speedometer in a car, these nerve cells encode how fast, and therefore how far, an individual has travelled. This process helps us to know where we are in relation to where we were, and to navigate our environment.

In this study, Dr Jon Brown led a team of scientists to examine how these speed-sensing nerve cells in a specific part of the brain known as the entorhinal cortex might be affected in Alzheimer’s disease.

They investigated this in mice with features of Alzheimer’s disease. The mice produced the tau protein - a hallmark protein of Alzheimer’s and other forms of dementia.

When this speedometer malfunctions, the brain’s map does not receive correct distance-travelled information.

The team believe that this malfunction will disrupt other elements of our internal map, and the team found that other cells in the mice producing the toxic tau protein did not function.

Dr Jon Brown, from the University of Exeter’s Medical School, who led the research, said

“People with Alzheimer’s disease and other dementias can experience profound deficits in spatial memory, meaning they often get lost even in familiar environments. We need to understand this if we are ever to provide treatments for this distressing symptom.

“Our discovery has revealed that cells acting like a “speedometer” and feeding information into the brain’s neural map appear to malfunction in dementia brains, and this could help solve part of the puzzle. If this translates to humans, it could identify new pathways for potential treatment.”

“We often hear heart-breaking stories about people with dementia who get lost and can’t find their way home and we know spatial navigation difficulties like these are some of the earliest warning signs for the condition.

“Research shows us that the brain changes associated with diseases like Alzheimer’s begin decades before symptoms like memory loss start and for future Alzheimer’s treatments to be effective, it’s likely they must be given at the earliest stages of disease, before there’s too much damage to the brain.

“Supporting fundamental research like this is incredibly important to build our knowledge of how the disease works. With the ongoing pandemic making its impact felt on people with dementia and our fundraising efforts, we are incredibly grateful for our dedicated supporters.”