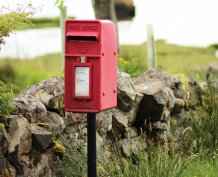 Between 2000 and 2014, the Post Office prosecuted 736 based on information from a computer system called Horizon

The inquiry into the Post Office scandal must examine the “human actions” which led to workers being falsely accused of theft, fraud and false accounting, experts have said.

Researchers say the investigation – due to cover the flaws in the Horizon accounting system – must also include the findings from the investigative firm Second Sight and legal advice given to the Post Office.

They have urged the inquiry to take account of the findings and conduct of the Post Office during the Bates litigation.

Experts from the University of Exeter Law School’s The Evidence Based Justice Lab are investigating the Post Office Scandal and have submitted written evidence to the inquiry into the failings of the Horizon IT system. The research team for are Professor Richard Moorhead and Dr Rebecca Helm from the University of Exeter and Dr Karen Nokes from UCL. Professor Moorhead appeared before the inquiry this week.

In the written evidence researchers say: “Software errors were nothing without the human actions and human action was shaped by, carried through, and then defended by legal work which has prevented and delayed justice for the Sub-Post Masters. The Inquiry cannot consider such matters off limits and meet its objectives.”

The evidence says work and advice by lawyers helped the Post Office resist, for a long period of time, an exploration of the concerns and issues suggested by Second Sight’s investigations and confirmed by legal cases, that Horizon was not fit for purpose; and knowledge of the problems within the Post Office was significant.

In their evidence researchers argue the investigation by Second Sight, which produced evidence of significant Horizon errors and remote access, should be a vital part of the Inquiry.

The submission says the inquiry should consider legal advice given to the Post Office, the ways advice was presented and understood, and how this influenced the decisions that were taken.

It says: “The Bates litigation provides another opportunity to understand how POL understood, or failed to understand, the problems derived from Horizon and the problematic behaviour and systems built around it.”

The written evidence says the inquiry needs to look in in detail at the conduct of the litigation and the influence of the Post Office and their lawyers in order to see if the organised appreciated the scale of the injustice.

Professor Moorhead said: “The inquiry must examine and understand the relationship between the Post Office and lawyers in the Bates litigation if it is to reduce similar organisational failings in the future. The litigation can help to explain what went wrong in relation to Horizon, and the behaviour and strategy of Post Office in-house lawyers.

“We have discussed the case with many lawyers, including experienced in-house lawyers, and one suggestion made by them which we think needs to be kept in mind, is that the litigation may have been managed with a particular eye on reputation management.”