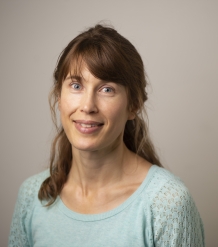 I work a compressed fortnight working pattern and am therefore out of the office every other Thursday.
On my working days I tend to be available from 07:00 – 16:30.

Fiona provides pre- and post-award support to academics applying for EU research grants, particularly Horizon 2020 and Horizon Europe, but also to international funders such as the US DoD and NIH. This includes advising on the fit of research to particular funding calls, costings, providing feedback on applications, submission of applications to funders, negotiation of contracts and other post-award agreements.

She is the lead EU/International Research Development Manager for academics in Biosciences, Geography, Psychology, and Sport and Exercise Sciences, but can support academics across all colleges and campuses.

Fiona joined the University of Exeter in October 2009 to support the Marie Curie ITN project ‘ELECDEM’ in Politics (PI Professor Susan Banducci).  In the autumn of 2013 she moved to the department of Psychology as Project Manager on the EPSRC funded ‘Being There: Humans and Robots in Public Spaces’ project (PI Professor Mark Levine).  In October 2015 she joined the EU Cluster to support applications and awards to EU and International funders.

Previously, Fiona worked at the University of Bristol as Administrator to the EU FP7 funded AQUATEST project (PI Professor Stephen Gundry), and the University of Bath where she was one of the team organising and supporting the graduation ceremonies.  In her earlier career Fiona worked at the Society for Chemical Industry (SCI) as a Conference Producer and was responsible for organising events at the SCI HQ in Belgrave Square in London and at many external venues in the UK and internationally.