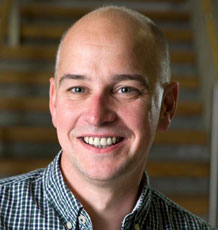 Richard is the Research Manager for the Energy Policy Group’s (EPG) IGov project - Innovation and Governance for Future Energy Systems. He has worked within the energy sector within the UK for a range of different organisations since 1996. The early part of his career focused on the delivery of renewable energy and energy efficiency projects with local authorities, communities, schools and the general public. He worked at the Centre for Sustainable Energy (1999 – 2004) where he was responsible for delivering Energy Matters - a teacher led education resource designed for primary and secondary school pupils. He was also responsible for creating, running and evaluating a series of national pilots on behalf of the Energy Saving Trust, aimed at supporting local authorities and their partners to reduce carbon emissions. Whilst there he also managed Community Action for Energy, the first Government funded attempt to engage with, and support communities on, sustainable energy projects.

His work became more academically focussed during his time as a consultant and in 2010 he was made an Honorary Fellow of the University of Exeter. He formally joining the EPG in 2011 as an Associate Research Fellow and began his new role as Research Project Manager in October 2012. His background enables him to bring together policy and practice to examine routes to a sustainable, secure and affordable energy future.

IGov argues that the GB energy system effectively runs along two streams: the conventional ‘old’ energy system and the ‘new’ entrants and non-traditional practices which are occurring around the edges of the conventional systems. Within IGov 2, we are focusing on energy system change that is happening at the moment and the different dimensions of that change, such as: business models; technology; markets; networks; ownership; the role of people; political systems; system operation; economics; social preferences, etc. We will seek to better understand the reasons for some of the changes that are occurring, the political economy context in which they are happening, and how actors across the whole energy system are reacting and adapting to this change. We want to understand the governance needs of the ‘new’ system and its actors and what the opportunities are to capture these benefits within GB.

This will include research within the UK and look at what is happening in terms of energy and governance in other countries – specifically some US states, Australia, Denmark, Germany and Portugal, whilst monitoring significant changes elsewhere in the globe. Within this work we are interested in: whether tipping points have occurred and how they have manifested themselves; how different places have managed disruption; how ‘new’ actors / entrants exist/develop, and the ways in which they (and innovation) are encouraged (or not), and the impacts of that elsewhere in the system, on costs, for business models etc.

The research is split into four work programmes, examining: The nature of change; what are the responses to change; contextualising and understanding change; and policy recommendations – see below. Within this we will be considering governance from a new perspective in terms of who wants to innovate and how incumbents are responding. We will continue to focus on the demand side in relation to demand reduction, demand side response and distributed energy resources, framed by the growing urgency for taking a whole system approach to transforming the energy system.

IGov 1: Innovation, Governance and Affordability for a Sustainable Secure Economy

Within IGov 1 we showed that the governance arrangements that are in place shape the design and implementation of regulations, markets and institutions. As such, in its widest sense, the governance framework is what ultimately shapes the way in which actors make money within the energy system, and it influences which actors, technologies and approaches are encouraged, undermined or excluded. Getting the governance system right is therefore a key aspect in enabling an effective energy transformation as it plays a central role in the technical, economic and social changes that occur.

An issue that became clear within the research is that whilst technology development and deployment races ahead, both infrastructure and regulation are lagging behind. This lag can slow down and undermine the low carbon transformation and increase its costs. IGov 1 argued that the current governance framework has slowed change in GB and continues to do so. Much of the value is still going to the ‘old’ system, in terms of existing technologies, system operation and actors. Also that there is a gap between rhetoric and practice, with energy policy often taking one step forward and two steps back in terms of move towards a sustainable, secure and affordable energy system.

Richard is a member of: