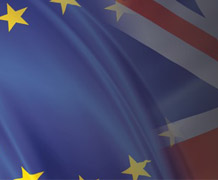 Representatives from both sides of the argument will discuss the possible implications of a ‘Brexit’.

Experts from the University of Exeter are to host a special two-part discussion series about whether the UK should stay or leave the European Union.

Representatives from both sides of the argument will discuss the possible implications of a ‘Brexit’ during the series, which will both be held at the Exeter Phoenix in June.

Open to the public, the events will be led by experts from the University’s College of Social Sciences and International Studies.

The first of the events, entitled: 'Brexit: Would it leave Britain and Europe less secure?' will be held on Wednesday, June 8.

The expert panel will address a series of questions, including what the strategic implications of Brexit would be, whether leaving the EU would really undermine Britain's strategic standing and partnerships, and would it weaken European security and play into the hands of its strategic adversaries?

It will be followed by a second event on June 15 entitled: 'Are we really European? A round table discussion on culture and identity.'

Speaking ahead of the event, Professor Gleave said: “Everyone who wants to be better informed about the EU referendum should come to these events – there will be an impartial panel for the audience to question, addressing the important topics of security and culture.”

More information about the events can be found on the EU page.