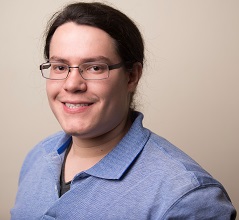 Danny has been interested in the application of mathematics to biological systems since the beginning of his college career at Florida State University, where he completed a BS, MS, and PhD in Biomathematics. During this time, he developed an interest in mathematical neuroscience and began working with an interdisciplinary group of experimentalists and mathematicians in the Program in Neuroscience.

His PhD research focused primarily on applying a systems biology approach to the study of birdsong. He developed dynamical systems models for adult zebra finch song production that were constrained by behavioral studies, the anatomical structure of the song system, and the signaling properties of neurons and neural circuits. He then used these models to develop testable predictions about the behavioral effects of perturbing the song system. 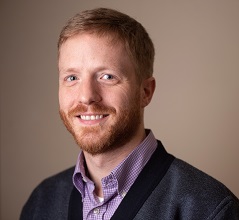 I am interested in the structure, dynamics and evolution of intracellular protein signaling networks.  In particular, I focus on how natural selection on pathway-level signaling dynamics is translated into evolution of the underlying proteins.  Initially I worked on this topic during my PhD research in Barcelona (Pompeu Fabra University) via mathematical models and bioinformatics for the visual phototransduction system.  As an ESPOD fellow at the European Bioinformatics Institute and the Wellcome Trust Sanger Institute, I further broadened my approach to include quantitative mass spectrometry and integrative 'omics analyses.  I applied these methods to investigate rapid phosphorylation- based signaling in malarial parasites and to predict novel signaling relationships between human protein kinases.

As a TREE fellow, I will continue in this direction with the aim of gaining a clearer understanding of sequence-level determinants of variation in complex signaling dynamics in the contexts of evolution and disease.

View my staff profile and publications 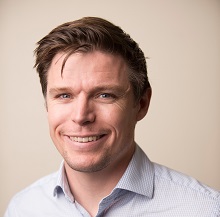 Ben has a background in Physics, having completed a MSci in Physics at Durham, and a DPhil in Atomic and Laser Physics at Oxford. Following his DPhil, Ben began research in the field of experimental Biophotonics and Biomedical Optics, initially with the Photonics group at Imperial College, and then latterly at the University of California, Davis.

For the past four years, the focus of his research has been the development of bespoke optical imaging systems that use label-free contrast mechanisms to provide new insight into high impact, challenging questions in biology and medicine. He has been responsible for projects to develop a handheld multiphoton microscope for high resolution, depth resolved imaging of human skin in vivo, and a multimodal fiber endoscope for monitoring structural and compositional changes during the maturation of vascular engineered tissue. He has worked in highly interdisciplinary environments and has come to appreciate the critical role that clear and effective communication plays in the delivery of successful research outcomes. His experience includes laser physics, optics and optical design, software development and image analysis. 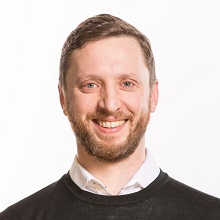