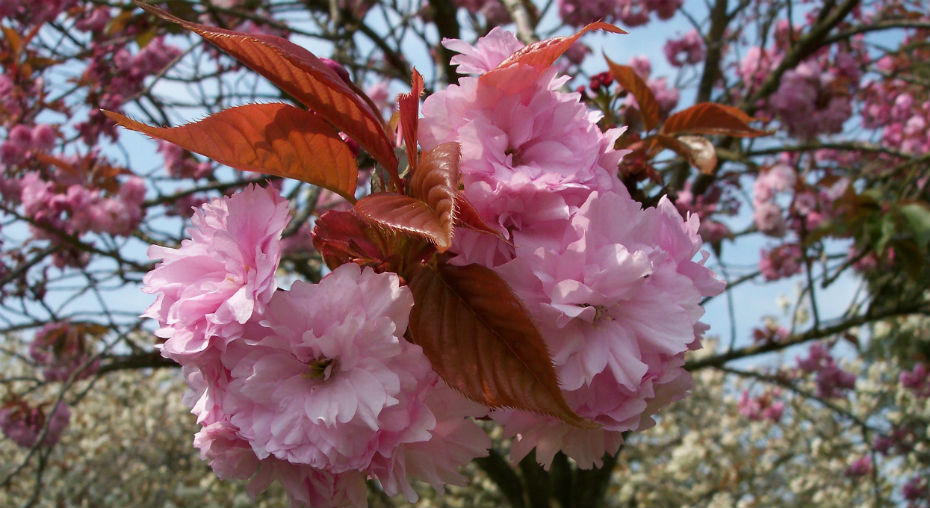 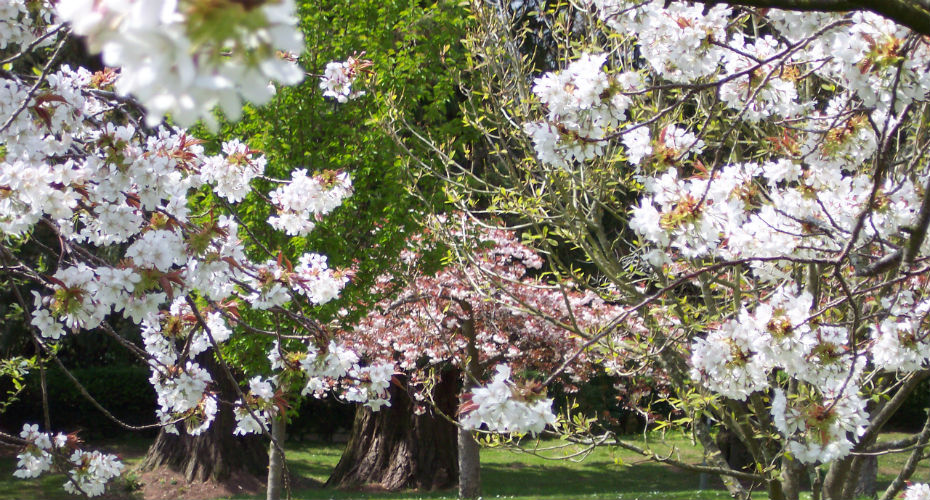 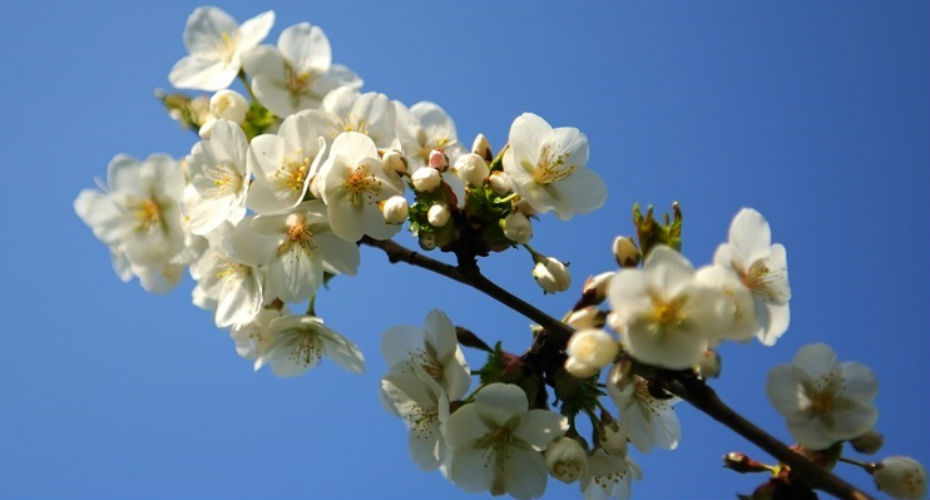 The views and vistas into and from the landscape around the original buildings on campus have always been a notable feature of the relationship between the built and natural environment.

The lawns at the front of Washington Singer are one of the first features of the Streatham campus, as you arrive from New North Road/Prince of Wales Road.

The land rises from the valley created by the Taddiforde Brook, to the man-made banking at the front of Washington Singer.

Matching the early flowering Prunus species on both sides of the Taddiforde/Hoopern Valley, in 1976 the first formal planting of cherries was undertaken on the formal lawns, in memory of  Professor Porter and Dr. Hewitt.

The planting was well received and during the 1980s and 90s it remained a popular location for donated trees, with a significant collection of cherries being developed including several donated by the Knight family and the International Tree Federation (ITF), amongst others.

Current species represent the majority of habitats, colours and flowering types of the cherry family, these include:

An impressive spring display, complimented by naturalised bulbs on the banking, ensure students, staff and visitors receive a colourful, early welcome to the campus.