Plant propagation and display works continue all the year round in the University’s plant nursery, whatever the temperature or weather conditions. A stock of rare and exotic plants must be propagated to make up for any losses.

There are a team of 37 staff who work on the grounds, nursery and outdoor sports facilities 365 days a year

If you would like to visit the campus during any of the seasons please take a look at our visiting us pages.

Seasons vary in response to weather and light levels, but between January and early April, the campus grounds burst with the emergence of spring growth. Crocus and Narcissi are amongst the first to show, followed by early flowering ornamental cherries, Magnolias and Forsythia species. Of particular merit are the M. campbellii varieties, more commonly known as ‘Giant Himalayan Pink Tulip Trees’. Their water-lily flowers contrasting against dormant neighbouring planting.

Spring also marks the cessation of tree and shrub pruning on campus, the last of bare root planting and the onset of grass cutting operations. Dormant species such as hedgehogs begin to emerge and breeding birds start to fight for their territory. 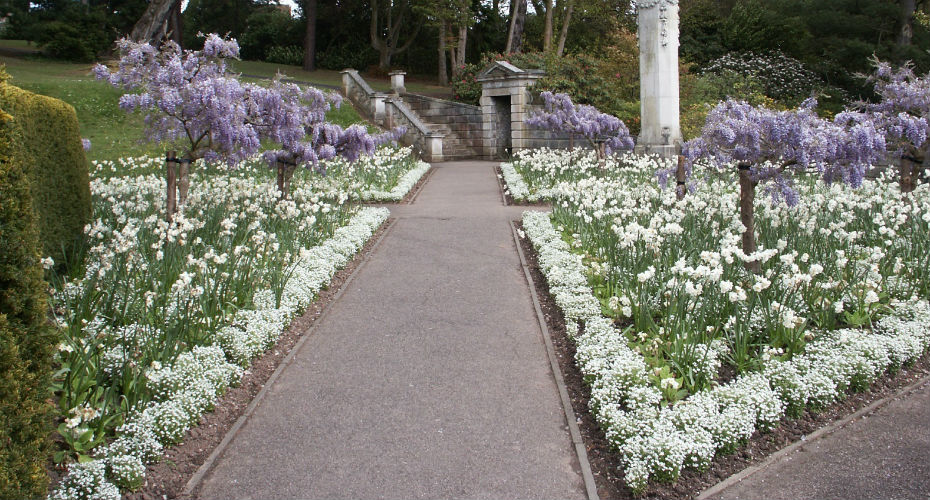 As you would expect, the summer period between May and September, represents the most spectacular period on campus. Collections of Peonies provide colour backdrops to historic buildings. Woodland areas fill with plants thriving in dappled shade, such as Primula and Heuchera. The formal bedding in the Reed Italianate Garden flower continuously. Throughout the estate, Camellias and Rhododendron species produce vivid displays of purples, pinks, reds, yellows, creams and whites, promoting their natural origins of Japan, China and the Himalayas as areas of outstanding natural beauty.

Looking more closely into the micro-climates, it’s often possible to see Gingers, Bananas and even South African Proteas in flower. Cactus too thrive and flower in some of the more protected areas.

The staff work tirelessly during the summer months, keeping the grass cut, lawns edged, the campus clear of litter, staying on top of weed growth and caring for plants on the estate.

The wildlife is also very active. Young waterfowl can be seen parading behind their proud parents. Amphibians travel up and down ‘mow-strips’, a haven at the side of watercourses. Butterflies and bees feed on the variety of pollen available from the native and exotic flowering plants. 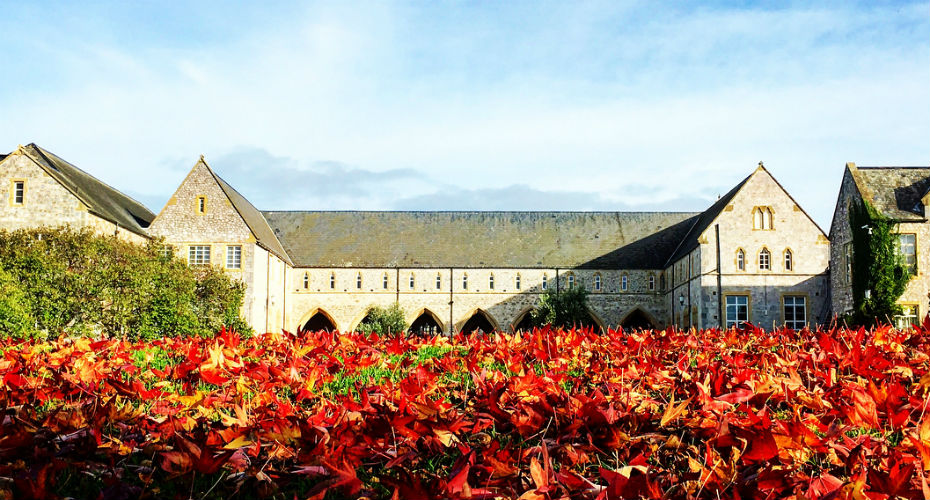 From late September the campus still has some surprises in store. Late flowering bulbs such as Nerines and Colchicum (Autumn Crocus) begin to dominate borders. Spectacular autumn colour appears on Japanese Maples, Liquid Ambers and Swamp Cyprus trees, some retaining their colours into November or December.

The campus comes alive with fungal fruiting bodies too. Mushrooms emerge from lawns, leaf litter and decaying woody material. Over 90 different fungi have been identified on campus. Squirrels start to build up a store of nuts and berries, competing with birds and other small mammals for nature’s harvest.

The gardeners inspect trees and plants for signs of disease or damage, identifying those requiring work or replacement. They also target ‘projects’ cleaning and planting areas around the estate as part of an ongoing commitment to manage and develop the grounds asset. Piling green waste for recycling and compost is another important duty at this time of the year. 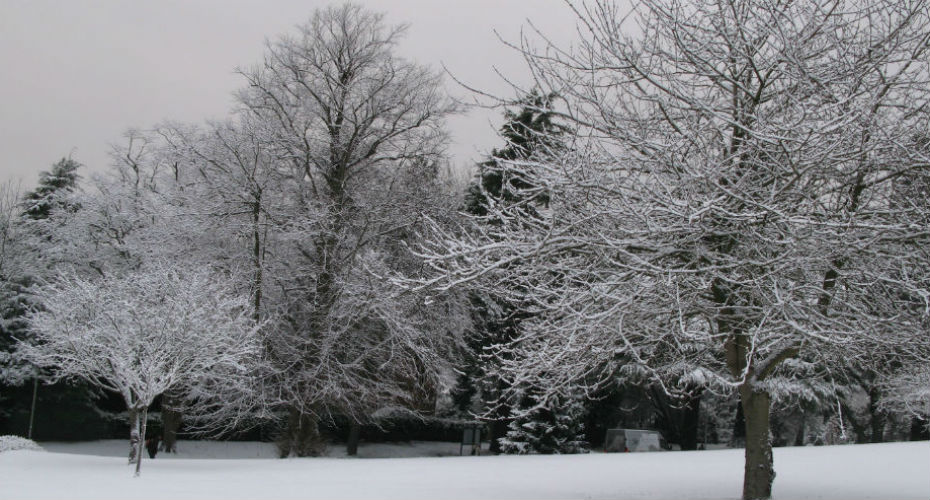 This is typically the period when the trees and tall bushes on the estate come into their own. The contrast between the evergreen species in the Edinburgh Wild Conifer Collection, the Exeter Oaks and the deciduous Birch trees, with their white and grey paper-like bark, is spectacular at first light or sun-down. Some plants such as Camellia sasanqua ‘Narumigata’ appear happy to flower through all but the most harsh of winters.

When it has snowed or there has been an early frost, there is often evidence of fox or badger activity on campus, characteristic footprints give them away.

The Grounds staff are busy recycling leaves and tree needles. Salting and gritting is often required too, to keep roads and paths safe to use.