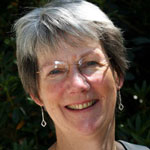 Date of appointment to Independent Member: 2009

Read Engineering at Exeter and is both a Chartered Civil Engineer and Chartered Structural Engineer. Elected as first female Council member of the Institution of Structural Engineers in 1983 and as its first female President in 2007. After working for a number of engineering organisations she co-founded BSW Consulting, an Exeter-based company in 1996 and having grown the company sold it in 2015. She has been involved in the design and supervision of a wide range of civil and structural projects during her career, both in the UK and overseas. During her career she developed an interest in historic structures and sustainable construction. Sarah carries out accreditation visits for the Joint Board of Moderators which has responsibility for assessing and making recommendations for the accreditation of degrees for professional civil, structural and highway engineers. She is currently a member of the ethics panel of the Institution of Structural Engineers. Sarah was awarded an honorary degree (DEng) by the University in 2008 and an OBE in the 2015 New Year Honours for services to Engineering and Education.