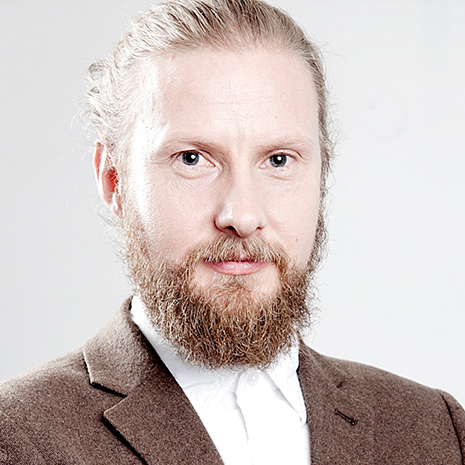 Felix Barrett is founder and Artistic Director of Punchdrunk, a world-renowned company whose work is recognised internationally as pioneering game-changing ways for audiences to experience culture.

Past productions include: The Masque Of The Red Death; It Felt Like A Kiss (a collaboration with documentary filmmaker Adam Curtis, and musician Damon Albarn for Manchester International Festival); The Duchess Of Malfi (with English National Opera); The Crash Of The Elysium (Manchester International Festival and 2012 Cultural Olympiad); The Borough (with Aldeburgh Music) and The Drowned Man: A Hollywood Fable.

Felix conceived and is co-director of the company's awardwinning production Sleep No More, which has been running in New York since 2011. In 2016 Punchdrunk International collaborated with SMG Live to re-imagine Sleep No More in Shanghai where it has become the fastest-selling theatrical production in the city.

Punchdrunk has also created experiences in digital environments with collaborators including: Sony Playstation, Xbox, Virgin Media, Louis Vuitton and Media Molecule. Through an exclusive relationship with Samsung North America the company has created VR experiences including #believeyoureyes, winner of a Silver Lion in the entertainment category at Cannes 2017 and ANTIdiaRy, a cross-platform collaboration with Roc Nation for Rihanna's eighth album.

Felix is a graduate and Honorary Fellow in Drama of the University of Exeter and was one of the first recipients of a Paul Hamlyn Foundation Breakthrough Fund Award. He was appointed an MBE in the 2016 Queen's Birthday Honours for services to theatre.