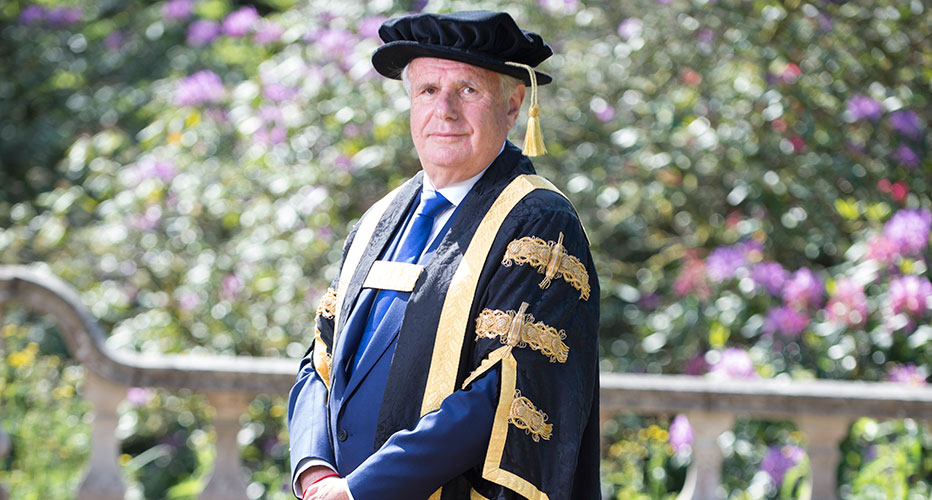 Paul Myners is a former Government Minister who has chaired household name companies including Marks & Spencer, the Guardian Media Group and Land Securities. He also holds an Honorary Doctorate of Laws from the University of Exeter.

On his appointment to the role of Chancellor in 2016, Paul said:

I’m delighted and honoured to take up this post, and to be involved in the next stages of the University’s incredible journey. Alongside building up a reputation for world-leading research and excellent teaching and student satisfaction, I’ve been interested to see the University foster strong collaborations across the South West, notably in my home county of Cornwall. I believe these links have contributed to the success that has seen Exeter climb up the national and international rankings, and it’s very positive news for the region in terms of economic impact and raising aspiration. Floella has been a fantastic Chancellor and will be a tough act to follow, and I look forward to continuing her legacy of putting students first.

Lord Myners is only the sixth Chancellor to be appointed by the University of Exeter, since it was created in 1955. He succeeded Floella Benjamin, a broadcaster, actress and writer.

The Lord Myners of Truro, CBE, was brought up in Truro, Cornwall, and has led a distinguished career in international banking and business.

Paul was raised by his adoptive parents, and attended Truro School on a scholarship. He obtained a First Class Honours degree in Education and a PGCE from the University of London, after which he taught for a year in Inner London. He proceeded, via journalism with the Daily Telegraph, to a 20-year career in the City as a fund manager, initially at N M Rothschild & Sons Ltd, then at Gartmore plc until 2001.

In 2008, he was appointed City Minister in Gordon Brown’s government, and joined the House of Lords as Lord Myners of Truro. He is now a crossbench member of the House.

He has chaired a number of public companies including Marks & Spencer, Land Securities and non-commercial appointments including Tate and the Low Pay Commission, a Directorship of the Singapore Sovereign Wealth Fund and membership of the Court of the Bank of England. He has also served on several arts and public policy boards, including as Chair of the Tate Foundation and Trustee of Glyndebourne, London Symphony Orchestra and the National Maritime Museum.

For eight years, he was Chair of Guardian Media Group, publisher of the Guardian and Observer. He is currently working with a number of public and private companies primarily in the asset management sector.

Being a Cornishman, Paul has a love of the South West and a lifelong commitment to enhancing the future educational and economic prosperity of our region. Paul lives with his family in London and near Falmouth. His interests include contemporary art, opera and jazz. In 2003, the University awarded Paul an Honorary Doctorate of Laws in recognition of his many achievements.