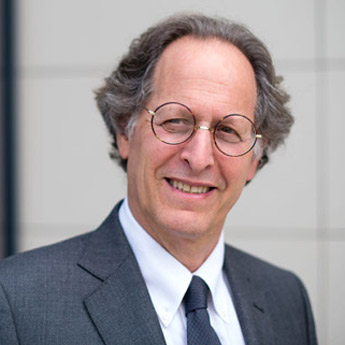 David holds a BA in Political Science from Syracuse University, an MFA in Creative Writing (Fiction) from the Iowa Writers’ Workshop, an MBA in Finance from New York University, and a PhD in American Studies from the University of Iowa.

Amongst his academic honours, David has been a Fulbright Lecturer and was named in Business Week’s 100 top Business School Professors; in 2003 he won the EFMD Case Writing Award for ‘Xbox: It’s Time to Play’. He was a Teaching-Writing Fellow at the Iowa Writer’s Workshop, and a Resident Filmmaker at the Sundance Film Institute. From 2007–2009, he was the author of the widely-read blog, ‘Strategy Op-Ed’. A leading CSR researcher, his work has focused on explaining the relationship between corporate social action and corporate performance. He is co-author of 'Corporate Social Strategy: Stakeholder Engagement and Competitive Advantage' published by Cambridge University Press.

As an entrepreneur, David has operated a trading company, and founded a financial services strategic consultant firm. As partner independent film production company, he was executive producer in 2000 of the Spanish feature film ‘Zapping’ starring Paz Vega and Eduard Fernández. He also held executive posts in the construction and publishing industries. As a consultant and advisor, David has worked with numerous multinational firms including Banco Santander, Diageo, Pfizer, Deutsche Telecom, Telefonica, La Caixa, Eli Lilly, Amadeus.