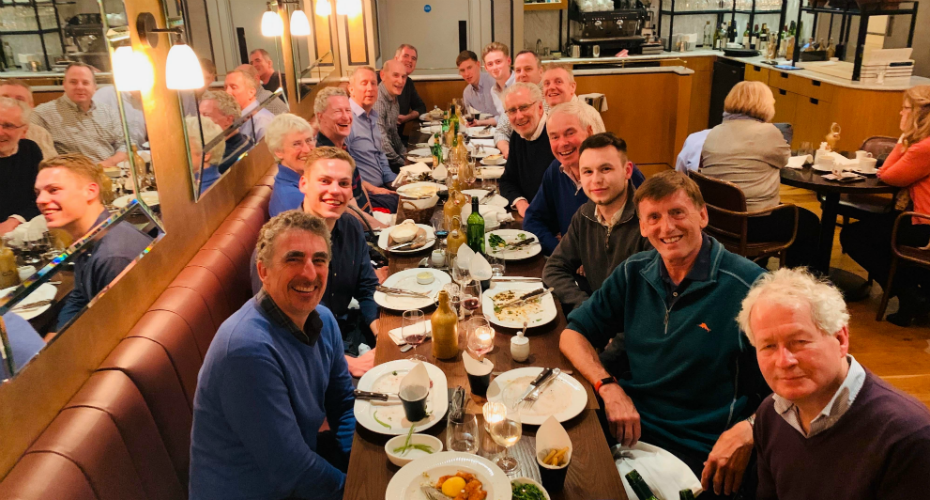 John Palmer (Education & Physical Education, 1979-83) has worked alongside the University over the last few months to grow the football alumni network. The purpose of the network is to reunite University of Exeter football alumni and support the development of football at Exeter; a club which has meant a lot to many of our students past and present.

With just over 20 in attendance at the first football reunion at the beginning of March 2020, the network has since grown at the hands of John and his cohort by contacting past teammates and reaching out across generations of Exeter alumni. Now, the football alumni network sits at just over 100 members with hopes of doubling come next year’s reunion in March 2021.

As well as reconnecting with peers, the ambitions of the football alumni community are to support the club through both fundraising and volunteering within a mentoring capacity, and plans to initiate this will be shared over the coming weeks. The football alumni have also been sending in photos and memories of their time at Exeter and revelling in the fact that, despite the years, they appear not too dissimilar.

Right through from the 60s to the 2000s, thank you to the following alumni who have shared their stories with us:

If you’d like to be involved with the football alumni network and/or send us your own photos and stories from your time with Exeter football, please contact us at sportsalumni@exeter.ac.uk