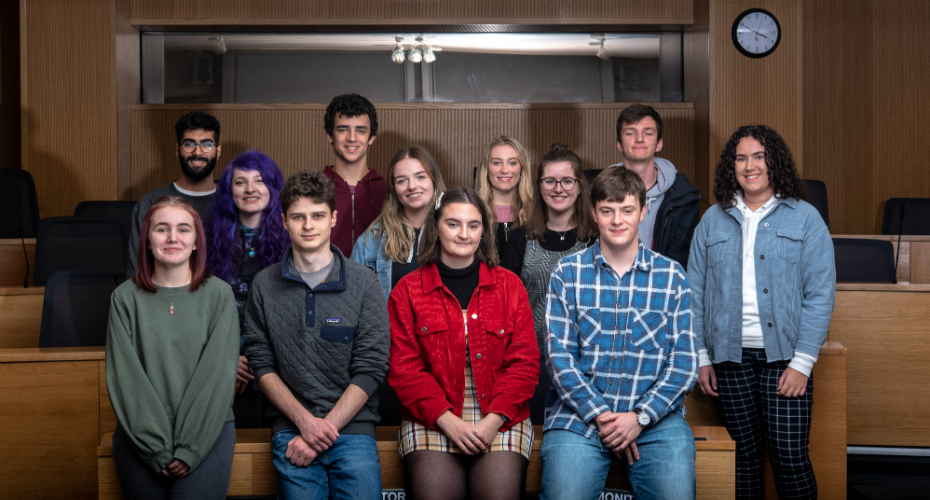 In 2012, the University of Exeter set itself a goal of raising £60 million to support key areas by the end of 2020.  Called ‘Making the Exceptional Happen’, it is the most ambitious fundraising campaign the University has ever embarked on, with a target almost three times the amount raised previously. The generosity of Exeter’s community of alumni and friends has ensured the target was hit early.

Since the campaign start, more than £62 million has been donated philanthropically to fund vital research into diseases such as dementia, diabetes and cancer; to seek solutions to environmental problems like climate change, plastic pollution and food security; and to understand important economic, social and political dynamics across the world.

Money raised has also supported students to both attend Exeter and also to have the best possible experience during their time at university. Sports facilities and student societies have benefited from funding while bursaries and scholarships have also enabled talented students to continue their education irrespective of their financial background.

For instance, John Kelting provided a gift in 2017, which supported the Developing Africa Scholarship – MsC Food Security & Sustainable Agriculture. The recipient of which was Chijioke Akujobi Ebuzor who was extremely grateful for the opportunity to contribute to this crucial area of research. Regarding his scholarship Chijioke said: “special thanks for providing me with this great and wonderful opportunity to acquire the needed skills and expertise to drive agriculture in Nigeria and other developing countries to an enviable height through studying in a world-class university with renowned scientists. The Developing Africa Scholarship is indeed a great privilege and honour for me to hold and has helped me to acquire the necessary skills and expertise towards achieving my long-awaited vision of “Feeding the World”.  I promise to make the best use of this opportunity.” John also provided a second gift of £7,000 in 2019 to support a second scholarship for an international postgraduate student in collaboration with multiple donors.

In addition to this, the money raised as part of the Campaign has had an incredible impact on enabling the work of our Exeter Scholars Programme (some of the 2019 scholar recipents pictured above). This programme is free and gives academically able students from underrepresented groups, both in the South-West and nationally, the opportunity to progress to higher education by delivering target skills development to aid current studies, help them to make informed decisions about higher education, and support the transition to University life. It has activity pathways starting as early as Year 9, and supports participants through to the end of Year 13. The programme provides several benefits including increased confidence for participants in helping them prepare for the transition to higher education. You can view profiles of some of the alumni from Exeter Scholars Programme online.

Donations to the campaign enabled support of this programme, which has contributed in motivating participants to excel academically as they begin their time at Exeter. Also thanks to generous alumni support the programme has been able to provide more of the Exeter Scholars Attainment Awards which consist of £1,500 to support a Scholars first year of study at Exeter, to deserving and gifted students, recognising their excellence in the face of adversity. This in turn enables the Exeter Scholars programme to develop and expand, meaning we can help change the futures of even more students in the South West and across the UK.

Reacting to the news of reaching the campaign fundraising goal, Gerry Brown, Exeter alumnus and Chair of the Campaign Board said: “We always knew it would be a challenge to reach this fundraising goal, so to do so early is particularly gratifying.

“The research we do at Exeter makes a huge difference to people lives, both locally and throughout the world, and it’s wonderful that people recognise the importance of this work and feel inspired to help us do even more.

“Obviously our fundraising does not end as there are many challenges our researchers are working on continuously, particularly given the climate emergency, but this is a great milestone to have reached and I’d like to thank everyone who has played a part.”