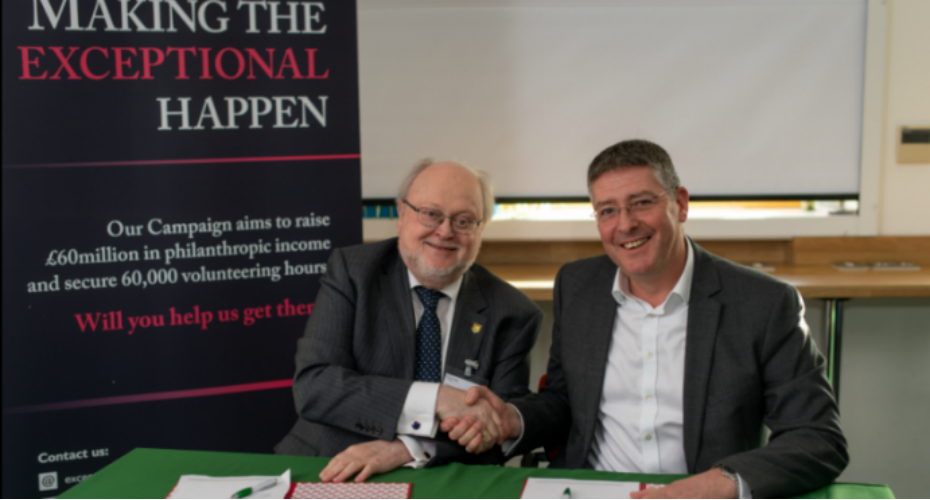 Matt Hutnell, Director at Santander Universities, visited the University of Exeter on 5 February 2020 to attend a celebration event of our relationship and formally sign a new three year funding agreement (2019-22). The event celebrated 10 years of partnership between the University and Santander Universities and was a great occasion. The University was delighted to host the visit and thank Santander UK for their ongoing generous support following the signing of a fifth funding agreement, and showcase the impact their longstanding support has had at Exeter. 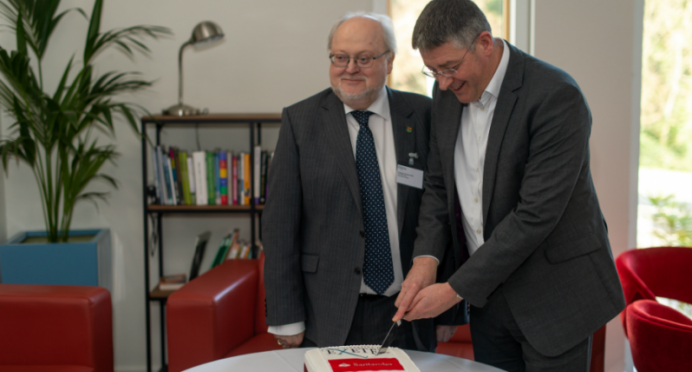 This support has influenced many lives including student Chris Pippen, CEO of Hatless Studios has was accepted onto the Santander Universities Emerging Enterpreneurs Programme in May. Student entrepreneur Chris told us, "Getting the Santander grant to develop our app was a huge vote of confidence and a great reassurance that we are heading in the right direction. It allows us to build up a portfolio, which in turn brings in new contracts."

At the start of the event there was a welcome and short speech of thanks delivered by the Vice-Chancellor, Professor Sir Steve Smith followed by a Short speech of thanks by Kalkidan Legesse (BA Politics, Philosophy & Economics with Industry, 2014). Kalkidan is a former recipient of a Santander SME internship, Entrepreneurship grant via the Think Try Do programme, and 2017 winner of the Santander Universities Entrepreneurship Awards. Kalkidan is the co-founder of Sancho’s, an ethically sourced clothing store on Fore Street in Exeter. Kalkidan is currently undertaking a Master’s at UEBS and has been awarded a 2019-20 entrepreneurship grant to support a new entrepreneurial venture.

In regards to the impact Santander’s support has had on her personally, and on her business, she said: “The support has been the difference between finding success, being competitive in the market, accessing networks that have amazing experience or trying to figure things out in our bedrooms by ourselves! The support from Santander is valuable for all sorts of things including social mobility.”

Her message was followed by a speech from Matt and the formal signing of the agreement, and networking with attendees which included various key stakeholders and Santander recipients.

The new agreement states that the University of Exeter generously benefits from £75,000 p.a. to support several projects over the next three years. These include the Think, Try, Do programme which supports student entrepreneurs, International Internships and Employability, International Summer School Studentships and Medical Mobility Scholarships.