Examining literary and creative networks in the South West 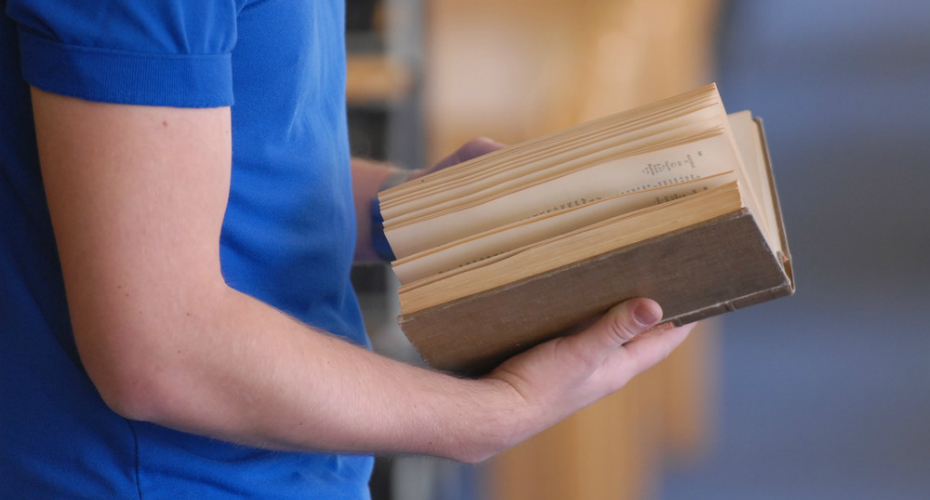 The Ronald Duncan Literary Foundation supports a three-year PhD Studentship within the English Department. Its aim is to examine literary and creative networks in the South West: their heritage, connections with the land and environment, and their attachment to particular sites of writing, art, and/or music.

“Ronald Duncan was interested in promoting excellence; encouraging young writers, artists, poets, and musicians and in keeping interest alive in his own work using as much” innovation” as possible. The research involved here meets some of these criteria in as much as his work will be examined and set alongside other creative writers from the South West and looking at where he stands in this genre. It will consider what makes the West Country such an important hub of literary influence and tradition. The research is linked with place too and Ronald Duncan was passionate about the land and the rural heritage where he wrote and lived.

“The planned interactive map is innovative and exciting - he would have liked this immensely. The South West Collection inspired us to look at fulfilling ways of his wishes with him being part of it and we feel that this will be achieved.”
- The Ronald Duncan Literary Foundation

The Ronald Duncan Collection was gifted to the University of Exeter in 2015 and is a strong addition to the University’s West Country Writers’ collections. The archive provides a fascinating and rich set of resources for this PhD, with its resources enabling a focus on Duncan’s engagement with the South West landscape, his interest in agriculture and husbandry through key works such as Where I Live, Devon and Cornwall and Journal of a Husbandman, as well as his creation of the Devon festival in the 1950s.

“Not only will the Collection be maintained, managed, promoted and kept up to date but it will be made accessible to so many more interested parties than we as a small Trust could have hoped to have achieved. It, and the development of the existing website will help to achieve interest in his plays, poetry and writing generally.”
- The Ronald Duncan Literary Foundation

In recognition of the exceptional commitment and generosity of the Ronald Duncan Literary Foundation, and its Trustees, the ‘Ronald Duncan Reading Room’ was opened on 17 August 2016.

The Annual Ronald Duncan Memorial Lecture and Student Prize will encourage creative writing and ensure that the university can preserve, organise and promote Ronald Duncan and his valuable contribution to the literary landscape of the South West and beyond.