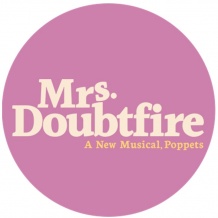 Iconic family film Mrs Doubtfire is to reach a whole new audience thanks to a musical adaptation hitting Broadway this spring.

Alumnus and author John O’Farrell has written the script in partnership with American screenwriter Karey Kirkpatrick, following an earlier collaboration on Tony award-winning musical comedy, Something Rotten! in 2015.

The musical premieres at the Stephen Sondheim Theatre in New York on 5 April 2020, following previews on 9 March. It has already received rave reviews from its pre-Broadway run in Seattle over the winter.

The 1993 film featured Robin Williams in the famous roles of Daniel Hillard/Euphegenia Doubtfire and the team were keen to honour the original production on stage. John said: “You feel a certain duty to the material when you’re dealing with such a well-loved book and film, however it’s a very different beast and as soon as the cast start singing you really feel that. We also have the chance to delve a little deeper into some of the characters and showcase some scenes that were cut from the original film. The key lines are there though and people will find elements very recognisable.”

John is perhaps best known as an author and television writer, having worked on shows including Spitting Image, Clive Anderson and Have I Got News For You, as well as writing a number of best-selling novels, history and political books. Musicals are a comparatively new area of work.

John said: “It wasn’t something I had planned, but I was working on Chicken Run and my writing partner pitched the idea of a musical. Off the back of that initial conversation we wrote Something Rotten! which was an original stage show and it went well so we thought we’d try again!

“It’s very different writing for a musical rather than a regular script or book. I’m used to writing to a punchline or a story conclusion, but with a musical you get so far and then hand over to the songwriters. It’s a great experience to be able to work in these different arenas.”

Tickets are available via https://mrsdoubtfirebroadway.com/. A UK run is likely to be scheduled next year.