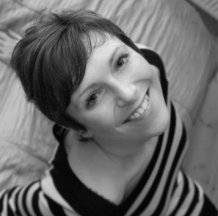 Women in House: my role as Senior Lawyer in a Children’s Legal Team

Alumna Lindy Stephens (Law 1992) In House Senior Lawyer in a Children’s Legal Team, reflects how redundancy from her role as a partner in a solicitors firm and an out of the blue approach by a recruitment agent to cover staff shortages at Plymouth City Council has led her to the most rewarding professional role she has ever had.

"Having graduated in 1992 with a 2.1 in Law I dutifully joined the half of the law department who then moved en masse to Guildford College of Law- I emerged a year later fresh faced and bushy tailed and landed into my Solicitor’s training contract in Truro. Half way through my training the firm decided that I probably wasn’t going to have a chair to sit on when I qualified (due then very practically the size of the office itself!) and I was encouraged to apply for a post covering a partner in the Matrimonial department who was going on maternity leave in the Exeter office - and that was it- the die was cast…

I spent the next 23 years in private practice specialising in firstly general Matrimonial but from about 1999 I became a specialist in Children Law.

An area dominated by women practitioners (interestingly many of which don’t have children themselves) I have rarely, if ever, been discriminated against due to my gender but instead rather the area of law in which I decided to practice. ( Largely due to the poor rates of payment from the Legal Aid Agency and the never ending Government cuts which made it impossible to compete with  Commercial colleagues who were able to charge 300% more an hour!).

It has been a bumpy and interesting ride and although I have in my career enjoyed the heady heights of both salaried and equity partnership I was shocked to find myself on the wrong end of a redundancy decision in the spring of 2017.

I was contacted out of the blue by a recruitment agent a couple of weeks later and asked if I wanted to help Plymouth City Council out as they were very short staffed. The same afternoon I arrived for an interview and was met with “thank goodness it’s you, when can you start?!” and I’m delighted to say I haven’t looked back.

I am now an in house Senior Lawyer and run/ manage the Children’s Legal Team. We are responsible for advising Children’s Services on all matters and to primarily assist in ensuring they discharge their statutory duty. Although the bread and butter work is the same as I was dealing with previously, this specialism is quite unique. It is genuinely like an exam everyday as you never know how complex the issue might be-I advise now on a huge variety of issues as well as run my own caseload and undertake my own advocacy.

The benefits of being in house include a healthy work life balance – including good holidays in addition to flex time and a pension that is difficult to beat. There is a real team spirit in the legal team who together with the clients, who are all professional social workers, we all dig in to get a job done ( a quality sadly lacking in private practice with dreaded costs targets). Rather than making money (more often for others) our goal is to protect the children of the city.

I can genuinely say it is the most rewarding role I have ever had and would whole heartedly recommend it to anyone seeking a career slightly left of the expected field.

I will be attending the Women In House event on 6 March and will be more than pleased to provide some more background to anybody interested in pursuing this special career choice."