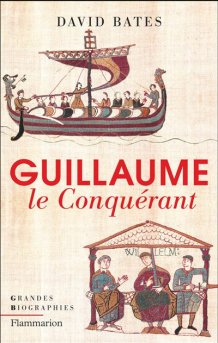 Alumnus David Bates (History, 1966 and PhD History, 1970) has won a prestigious French literary award. A translation of his biographical work of William the Conqueror has been awarded the Prix Dumanoir by the Académie des Sciences, Belles Lettres et Arts of Rouen.

David published William the Conqueror in the Yale University Press English Monarchs series in 2016, and presented a copy to the University of Exeter at a special event. The book was dedicated to the memory of his PhD supervisor Professor Frank Barlow and presented to the university in recognition of all that David gained from his time at Exeter. Frank also contributed two volumes to the same series (Edward the Confessor and William Rufus).

David said: “The book has since been translated into French (Guillaume le Conquérant published by Flammarion in 2019) and I just learnt about the prize. This is an important and personally gratifying award. William was of course duke of Normandy, becoming king of England in 1066 and then ruling both of them until his death in 1087. Rouen was effectively Normandy's capital in William's day and remains the chief town of the region. The Société being Rouen's learned society, it is very gratifying to be so recognised. I did also give a public lecture in March in Caen, where William is buried in the town where he and his wife Matilda founded two abbeys. I regard all this as a personal contribution to relations between the UK and France.”

David has just released another book, about the Bayeux Tapestry, which is on sale in France and it will be available in the UK shortly.