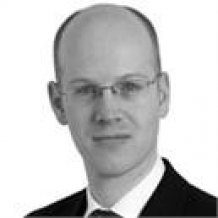 Gordon advises Siemens AG and its group entities in the field of domestic, cross-border and multi-jurisdictional merger control as well as on all other areas of antitrust and competition law in the context of M&A transactions, business transactions (including distribution, licensing, R&D and other cooperation agreements) and compliance-related matters.

Gordon has participated in the eXepert and mentoring schemes, advising a number of students and putting them in touch with other lawyers for potential job opportunities. He is also the Alumni Country Contact for Germany and hosted the first Munich alumni event in April 2015. Gordon is a member of the Exeter LLM club (a networking club set up and run by former Exeter LLM students) and took part in the Exeter visit and Diamond Jubilee dinner that was held in October 2016. He is a member of the Bracton Law Society and was part of the Debating Society while at Exeter.

Tell us about yourself and your career journey.

After making a decision to study law rather than economics, I studied law at the University of Exeter in the UK. Exeter is a lovely place, both from a location point of view and because of a high quality Law School. After completing my undergraduate degree with an Erasmus year in Saarbrücken (LL.B. (Euro) (with German)), I stayed on at Exeter to do a Masters (LL.M. in European Legal Studies) and a PhD in European Law, thereby staying rather longer in Exeter than I initially anticipated!

Although I had never formally studied competition law at University, it seemed to me that a Competition Law Department at a major law firm was a good way to continue to be active in the European law area. Therefore, after a year of Law School in York I joined SJ Berwin (now King & Wood Mallesons) in London as a trainee, and two years after that on qualification I joined SJ Berwin’s EU & Competition team.

At SJ Berwin, I advised on a wide range of both EU and UK competition law issues in a number of industry sectors such as media, retail and FMCG, food and drink, energy and mining, telecoms, construction and press products, and was a member of the firm’s Consumer Sector and Energy & Infrastructure Groups. I advised on Article 101 / Chapter I as well as Article 102 / Chapter II issues, mergers and both Office of Fair Trading and Competition Commission (now Competition and Markets Authority) investigations and inquiries.  In addition, I advised on competition litigation matters, both before the ordinary courts and before the Competition Appeal Tribunal in the UK and before the Court of First Instance in Luxembourg. During my time at SJ Berwin, I also spent six months on secondment in SJ Berwin’s Munich office and six months on secondment at the BBC’s Competition & Regulatory team.

Having got the taste of in-house work at the BBC, I was delighted to join the Siemens Competition team in Munich in October 2011, where I now advise on competition law issues worldwide across all Siemens business lines.

What aspects of your working life have you enjoyed the most so far?

In my line of work, my business colleagues sometimes initially fear that I am going to take a minimal risk approach to their question or issue, and that I may block their idea. Therefore, my everyday challenge is to prove to my business colleagues that I can facilitate or enable their business idea whilst ensuring that we remain compliant. When that works, everyone is happy!  And more connected to Exeter, my mentoring activities are very enjoyable, particularly if I see my mentees going from strength to strength in their careers.

If you weren’t in this sector, what do you think you would be doing instead?

Given my very limited football abilities, I would be lying if I said I gave up a career as a professional footballer at Bayern Munich (the team is my lifelong passion!) for the law. Realistically, if I weren’t in my current job I may well have become an academic.

What advice would you give to current students, and how can Exeter graduates get into your area of work?

I think many of the issues that I faced as a law student are still issues that face law students today, although generally I believe it certainly hasn’t become easier to successfully gain funded places at Law School, training contracts etc.! I often advise my mentees that they need to consider not just their immediate next steps, but to take a medium- to long term view of where they think their career is headed. That way, it is hopefully easier to make the right decisions early on and go from strength to strength!

And finally, what inspires you to volunteer so much of your time to help Exeter students?

As I spent about ten years studying at the University of Exeter, I developed a keen interest in following its progress, and when I was asked whether I would like to assist current students as a mentor or a career expert, I gladly accepted. It gives me the opportunity to pass my experience and career advice on to the students who are now agonizing over the same choices as I did twenty years ago. One of the reasons I wanted to get involved was that, when I was a law student, we did not have the opportunity of seeking advice from a mentor, although I would have found it helpful at the time. I have now been an eXepert for the last few years, and I have found the mentoring partnerships in that time to be very rewarding. My mentees tell me that they have found my advice and insights helpful, and some mentees have successfully applied for internships with other lawyers that I put them in touch with.

When the possibility came up to become the alumni country contact for Germany, and to build up connections in an alumni community that had so far not had much contact, I jumped at the chance. Our first event in 2015 went very well, and we recently had the pleasure of welcoming the Vice-Chancellor, Sir Steve Smith, to Munich. Further events are being considered as we speak!