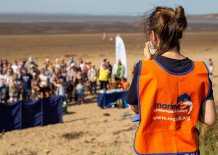 Beaches in or near England’s Marine Protected Areas (MPAs) have the same levels of litter as those in unprotected areas, new research shows.

The study, by the University of Exeter, Natural England and the Marine Conservation Society, found “no difference” in the amount of anthropogenic (caused by humans) litter present inside and outside MPAs.

These MPAs include the 91 Marine Conservation Zones established from 2009 onwards, 256 Special Areas of Conservation (SACs) and 89 Special Protection Areas (for birds).

Plastic was the main form of litter found, and “public littering” the most common identifiable source.

The study, which used data from Marine Conservation Society beach cleans, found MPAs in the South East (Kent) and South West (Cornwall and Devon) had the highest levels of shore-based litter.

Regional differences in the items found – such as fishing materials in the South West and debris from sewage around large rivers – demonstrate the need for “locally appropriate management”, the researchers say.

“Our work has found that MPAs, which often contain sensitive marine habitats and species, are exposed to litter much in the same way as non-protected sites,” said Dr Sarah Nelms, of the University of Exeter.

“MPAs have no physical boundaries so, to protect them from any potential impacts of litter, we need to take a whole-system approach and reduce the overall amount of litter being released into the environment.

“We also need a coordinated approach that considers local nuances, tackling sources of litter that cause specific problems in certain areas.”

Dr Hazel Selley, Marine Specialist from Natural England who commissioned the work, said: “A clean, healthy and biologically diverse marine environment is immensely valuable, for the economy in coastal communities, for our charismatic wildlife and – once we can travel again – for the mental well-being benefits of spending time by the sea.

“This research sheds a light on how marine plastic pollution respects no boundaries.

“As we continue to research the impact of plastics on our marine life and move to eliminate avoidable plastic waste, it’s also clear is that we all have a role to play keeping our beaches and ocean clean.”

Lauren Eyles, from the Marine Conservation Society, said: “The types of litter that were found are typical of those regularly picked up and recorded by our dedicated volunteers.

“What this study highlights is how long-term data from Beachwatch can provide vital evidence in helping to understand the problem, and that MPAs don't necessarily protect important habitats and species; an even more powerful message to stop litter at source.”

The study was funded by Natural England and ExeMPLaR, a multidisciplinary plastics research hub led by the University of Exeter.

The paper, published in the journal Environmental Pollution, is entitled: “Investigating the distribution and regional occurrence of anthropogenic litter in English Marine Protected Areas using 25 years of citizen-science beach clean.”