'Connecting Cornwall' was supported by the Arts and Humanities Research Council. 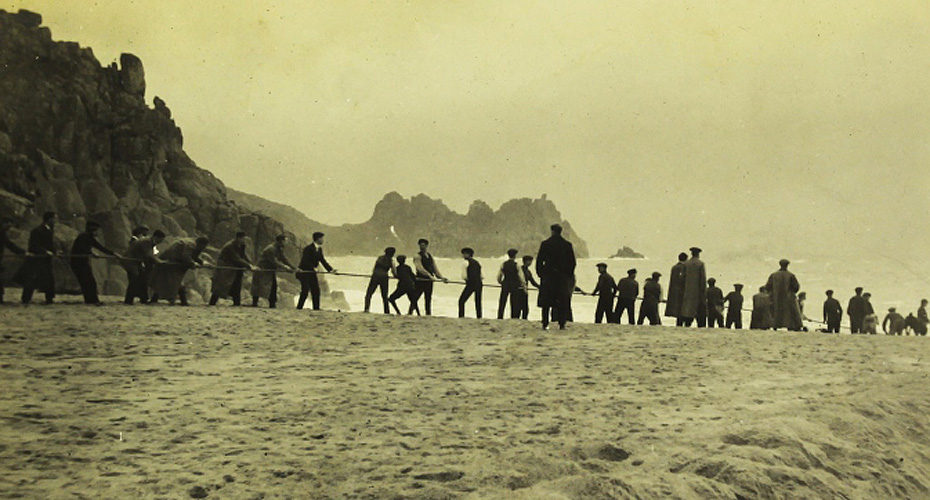 Workers at Porthcurno - an image from the Porthcurno Telegraph Museum

The ‘Connecting Cornwall’ project, led by History lecturer Dr Richard Noakes with Professor Alan Booth and Dr Wendy Gagen, collaborated with the Porthcurno Telegraph Museum (PTM) to focus on the lives and aspirations of the ordinary men who operated the Victorian and Edwardian British submarine cable network in Porthcurno.

The project helped develop PTM's museum, archive and website, and involved a ‘bottom-up’ approach to research that differed from other museum displays, television documentaries and popular histories that concentrate on the ‘heroic’ inventors rather than the ordinary workers.

Porthcurno was once home to the world’s largest electric telegraph cable station, connecting Britain via under-sea wires to other countries in the British Empire. The Porthcurno Telegraph Museum celebrates Cornwall’s important place in telecommunications history.

The project raised the profile of the museum by creating a new section for the Connecting Cornwall ‘Nerve Centre of the Empire’ exhibition consisting of 47 panels which showed images, text and diagrams in addition to interactive exhibits and display cases.

‘Connecting Cornwall’ also helped the museum considerably improve its online presence and user experience: it digitised a plethora of previously unseen materials from the PTM archives including staff records, photographs and diaries.

Interactive features were also created, including a sensitive map and timeline. Between July 2010 and Feb 2013 the PTM website received 215,000 hits with 84,476 unique visits. The public have benefitted from having access to previously unseen material, whilst other impacts include the preservation and displaying of cultural heritage artefacts and educating people about their local history.

It was at Porthcurno that hundreds of men were trained to work the telegraphs, which kept the Empire together and turned this part of Cornwall into the information super-highway of its day.

The success of the project helped the PTM secure approximately £2.5million of funding from the Heritage Lottery Fund and others organisations, which was used to revamp the main museum and construct a sophisticated new building to house the archive.

The project's research attracted national and international interest: Dr Noakes was interviewed for the BBC History Magazine and featured on their podcast, he also drew on project findings about telecommunications research in his contribution to the BBC2’s Genius of Invention series. Since the project was finished it has been included on BBC Radio Cornwall’s ‘Cable Wars’.

In his interview for BBC History Magazine, Dr Noakes said: “What was really special about Porthcurno was the sheer scale of it. At one stage, Porthcurno had fourteen cables running out of it which connected Britain with the rest of the world, in particular its colonies. This was by far the biggest cable station in the world."

“It was at Porthcurno that hundreds of men were trained to work the telegraphs, which kept the Empire together and turned this part of Cornwall into the information super-highway of its day.”