Please note: Due to the Covid-19 pandemic, the team are currently working away from the office. Please direct any correspondence to email in the first instance. 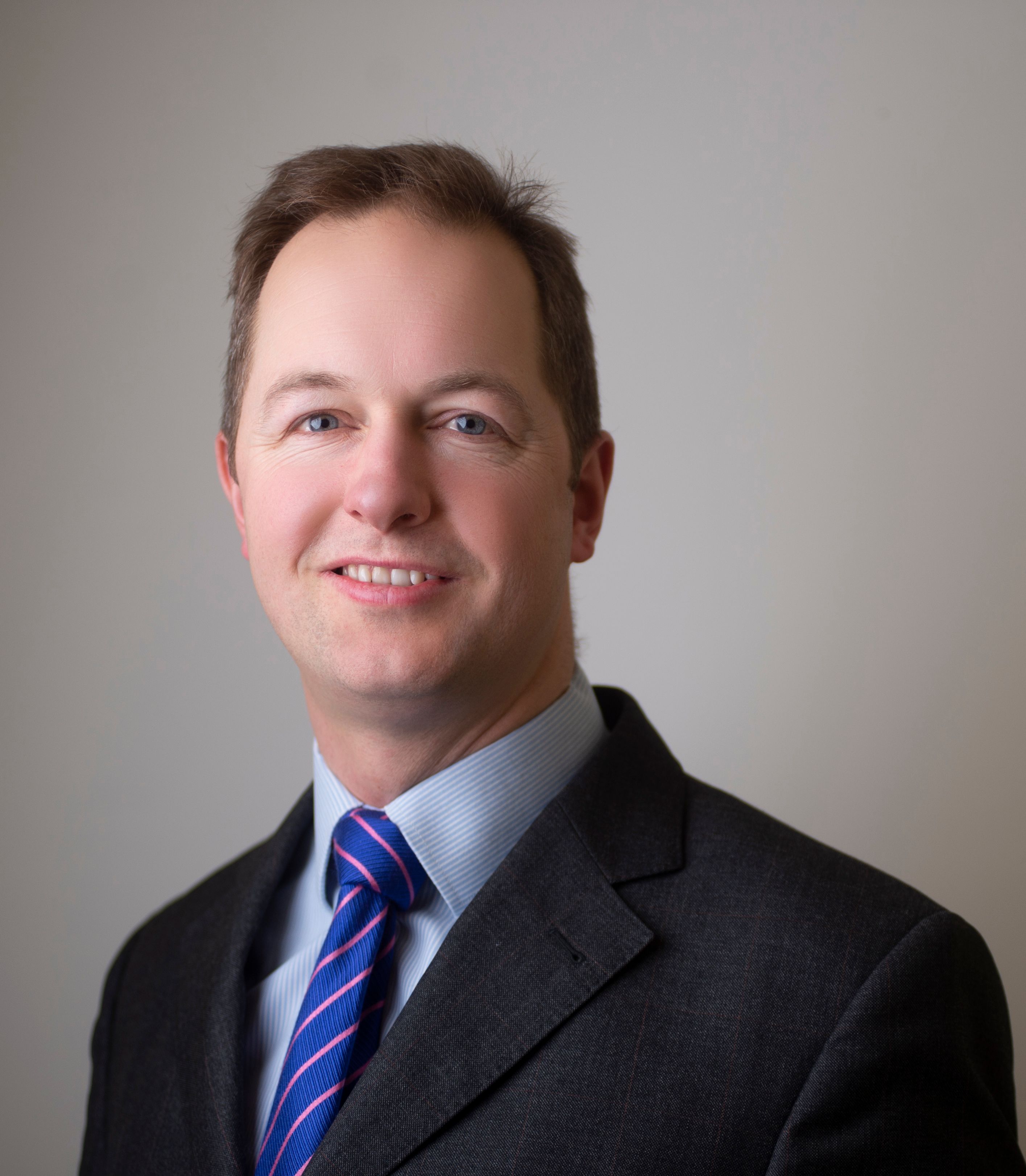 Prior to joining the University of Exeter, Richard was an education officer in the British Army for ten years. In his final role he was Executive Officer at the UK’s Defence Academy. He trained at the Royal Military Academy Sandhurst, where he was awarded the Sheikh Salem Al Sabah prize for Defence and International Affairs. He has completed three Master’s degrees - in Global Security, Development Management and Business Administration. 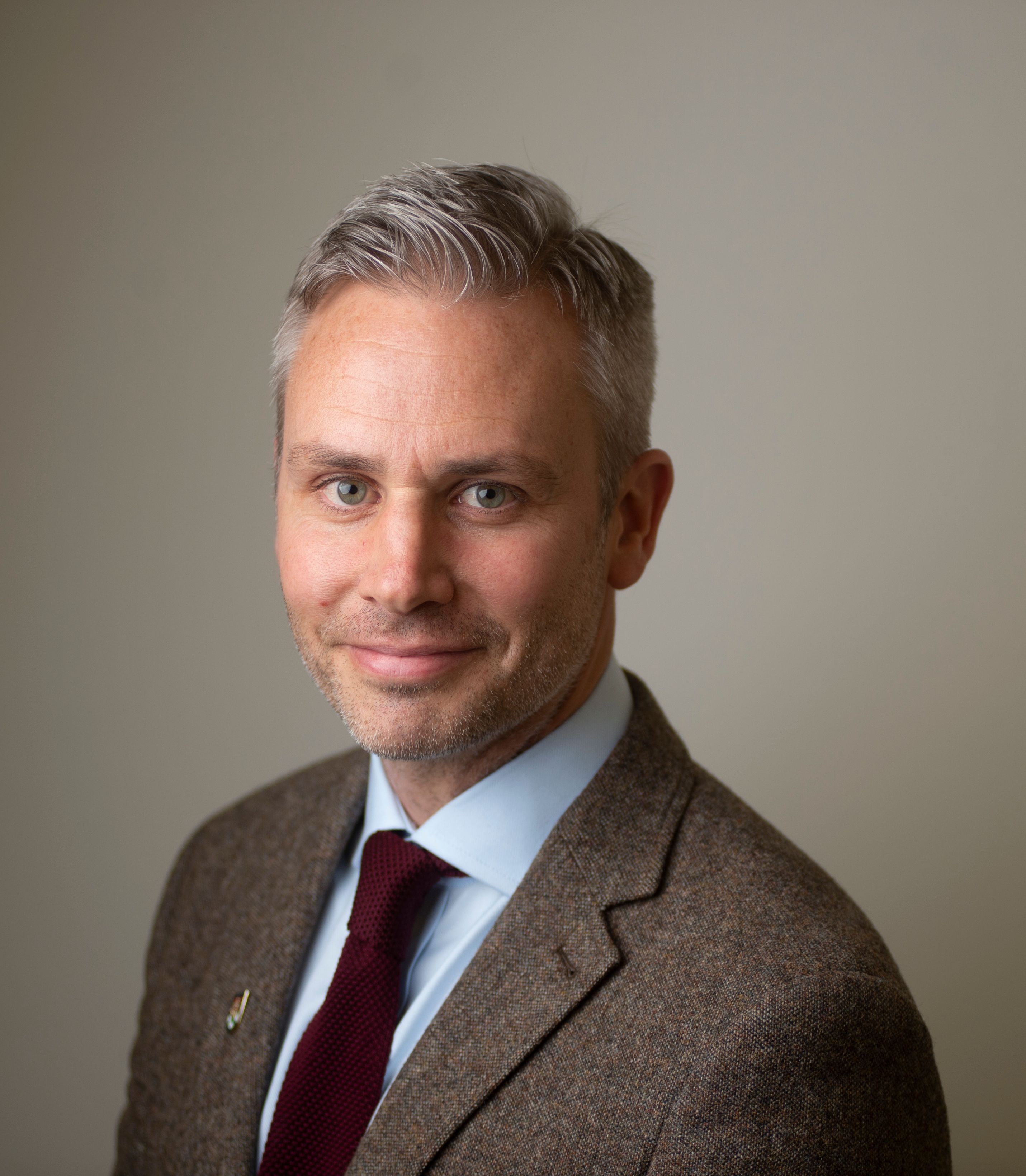 Stuart joined the University of Exeter in February 2016. He is responsible for identification of key academic partnerships with leading global HE institutions in North America, and for delivering sustainable, integrated research and education partnerships that generate mutual advantage through collaboration. 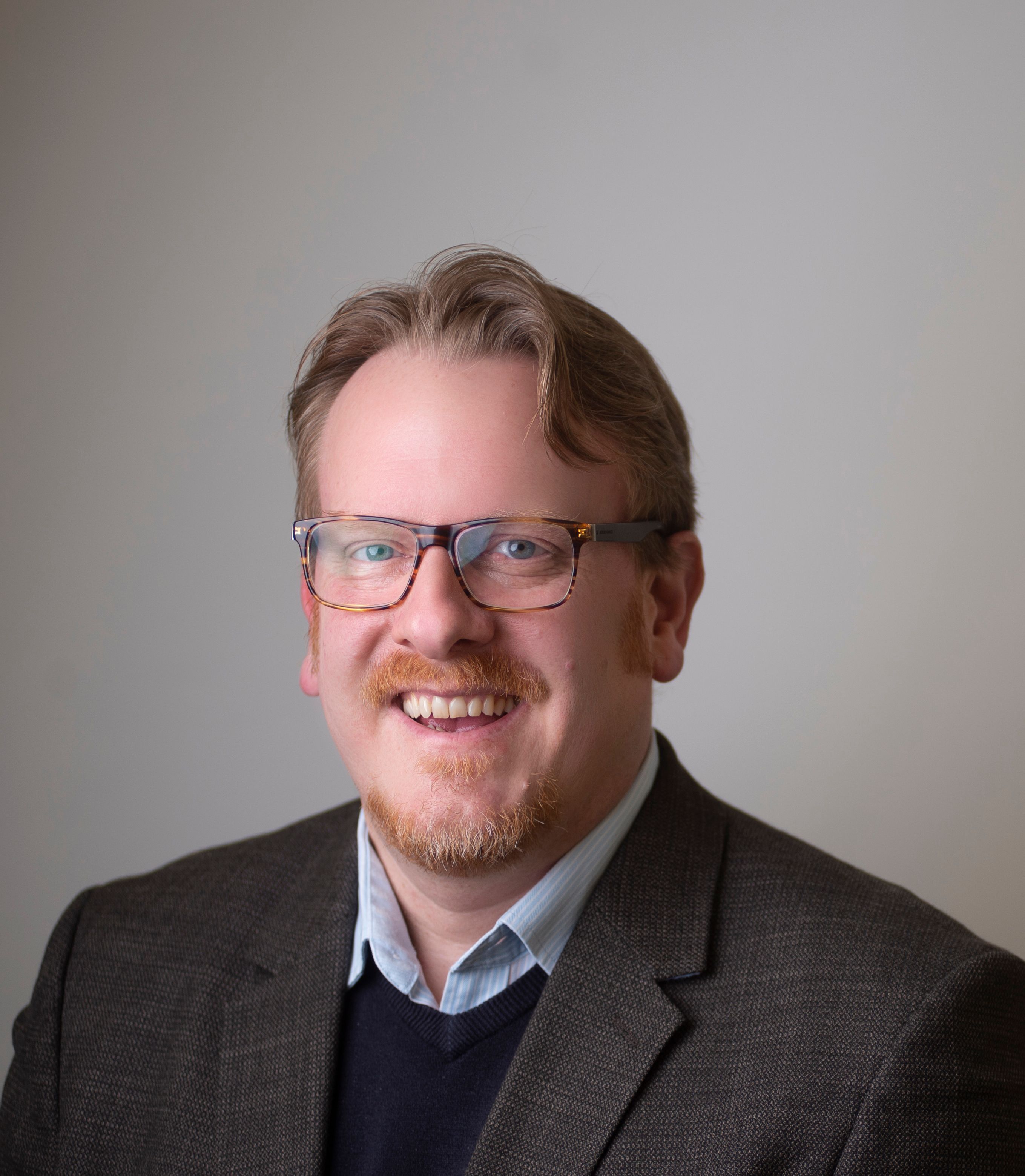 Regional Head for Europe and the Middle East - SSIS

As part of the SSIS Professional Services team, he looks forward to developing the college’s Global Plan to increase both partnership and international recruitment activities. As Regional Head for Europe, he has worked with colleagues across all colleges and professional services to create the university's Europe Plan, to deliver strategic engagement with priority European partners after the EU referendum.

Prior to joining Exeter, Nick spent 14 years working in tourism marketing, sales, and business development at executive and managerial level - as Sales Director with GTA Travel (London) and with South West Tourism (Exeter). He spent 6 years with Visit Britain (Chicago, USA) as Marketing Executive and Business Development Manager for the Central USA Region – building partnerships and joint-marketing initiatives with airlines, travel agents, tour operators, and professional associations. He has worked as Director of Tourism & Heritage at Coventry Cathedral; maintains an interest in peace, nonviolence, and reconciliation studies; and is completing a part-time Masters at Coventry University in Peace & Conflict Studies. For 3 years, he chaired BUIC (British Universities in Iraq Consortium), and maintains an active interest in the role played by UK HEIs in supporting post-conflict reconstruction. 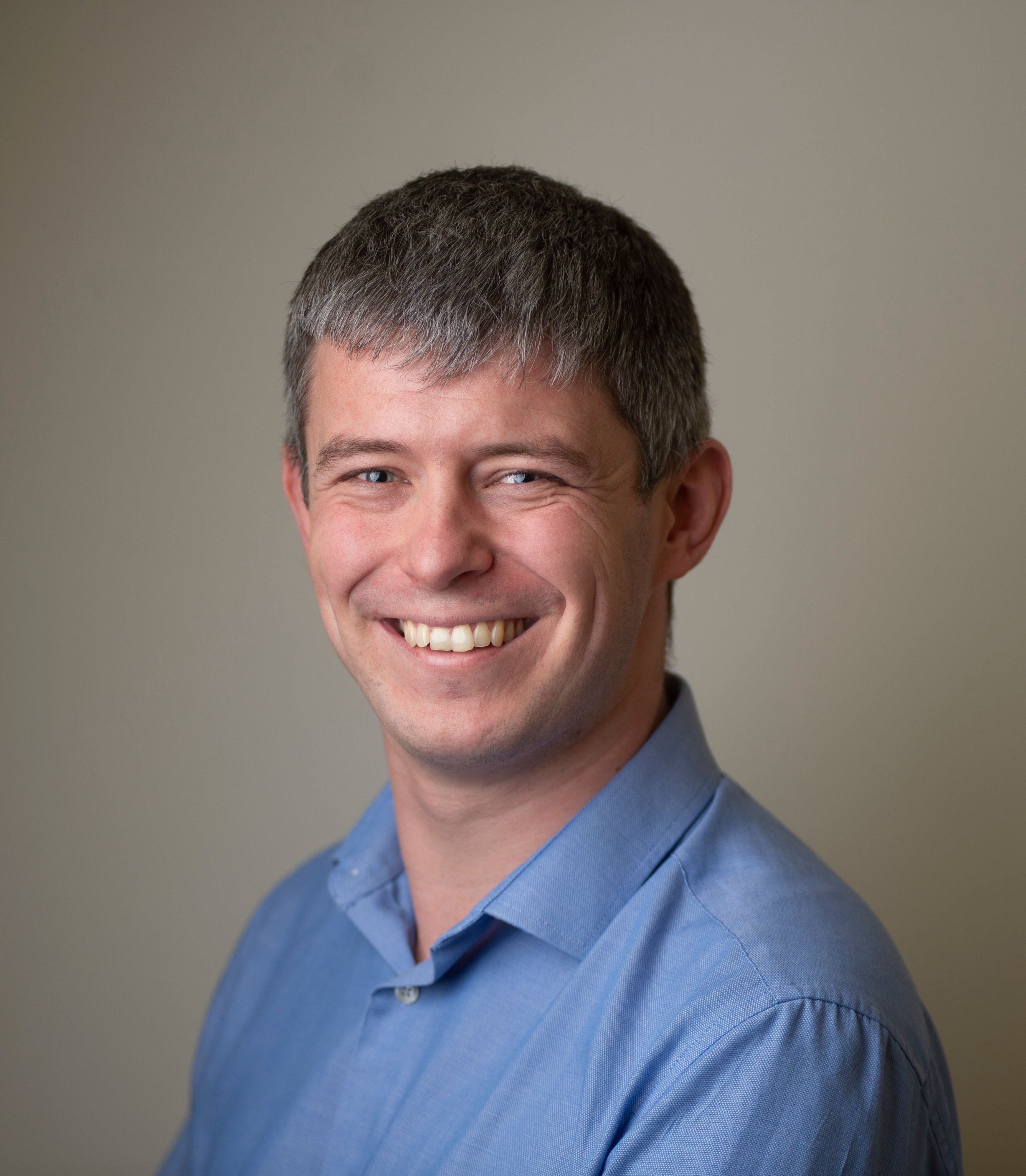 Dr James Smith joined the Global Partnerships team in August 2016, working as a Business Partner responsible for supporting the College of Humanities and the College of Social Sciences and International Studies.

In July 2020, James started as a new role as Regional Head for South Asia. James is responsible for developing partnerships in South Asia which support Exeter’s research, teaching, and recruitment ambitions in the region. He works closely with the Associate Deputy Vice Chancellor (Asia) and each of Exeter’s Colleges to support the University’s strategy across South Asia. In addition to these responsibilities, James retains his role as Business Partner responsible for supporting Global Partnerships in the College of Humanities. He provides direct support to the Associate Dean Global to research, develop and maintain relationships with institutions from around the world, which both support the strategic goals of the College and enhance Exeter’s Global 100 ambitions.

James received his PhD from Exeter’s department of Classics and Ancient History in 2013, having completed a BA and MA in Ancient History at Cardiff University in 2009. Upon completion of his PhD, James remained at Exeter working as Academic Representation Manager for the Students’ Guild before joining the Global Partnerships Team. 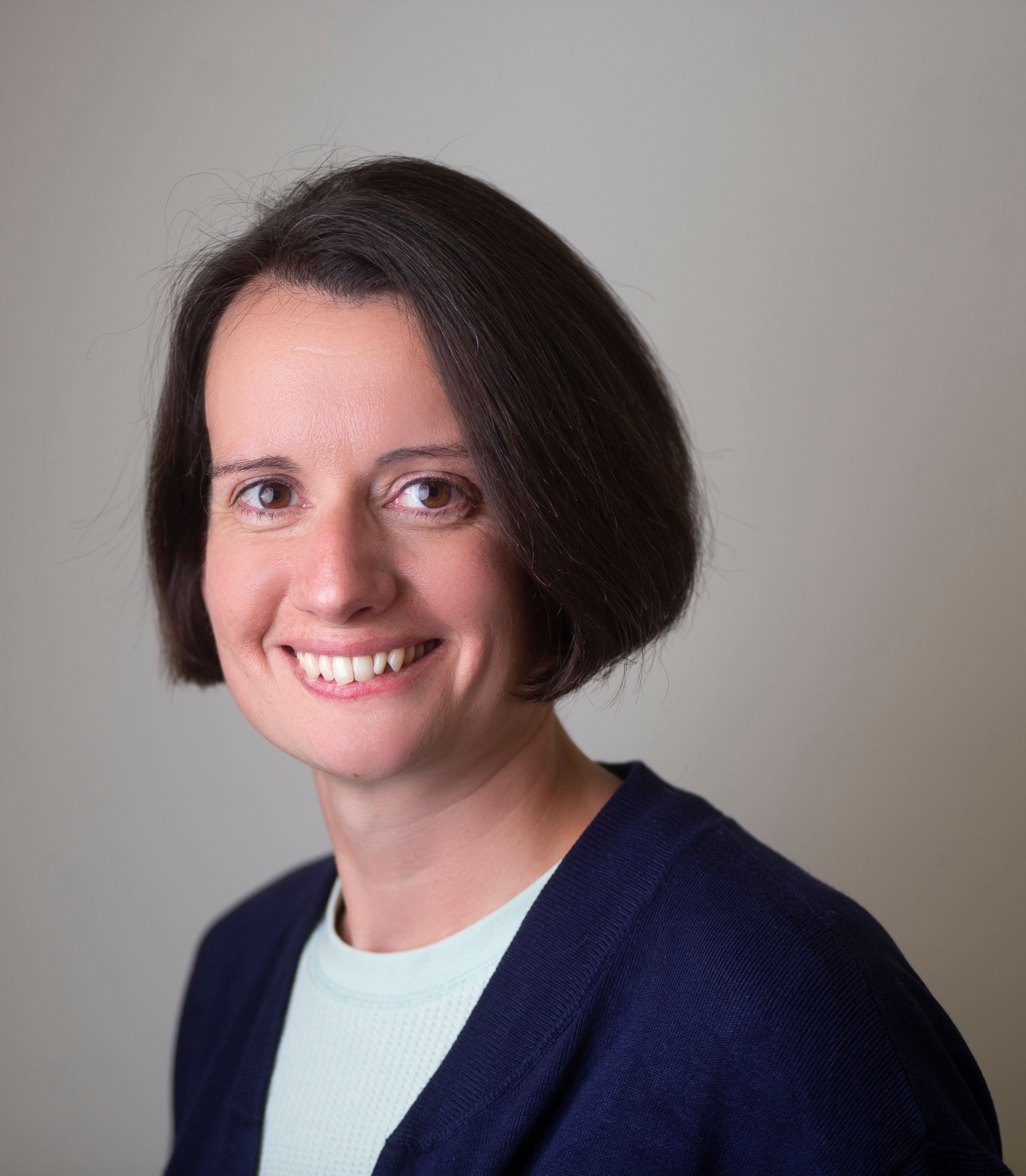 Head of International Partnerships for UEBS (and lead for Latin America)

Rachel joined the Global Partnerships team in January 2017 and is responsible for international partnerships activity in the Business School. This includes international academic partnerships, as well as working with partners on recruitment and TNE.

Rachel has a BA in Economics & International Relations and an LLM in International Law. After completing the Graduate Diploma in Law and Legal Practice course, Rachel worked for international development NGOs managing projects in Spain, East Africa and South America, before coming to Exeter in 2012 as the Development Analysis & Projects Manager in what is now Global Advancement. 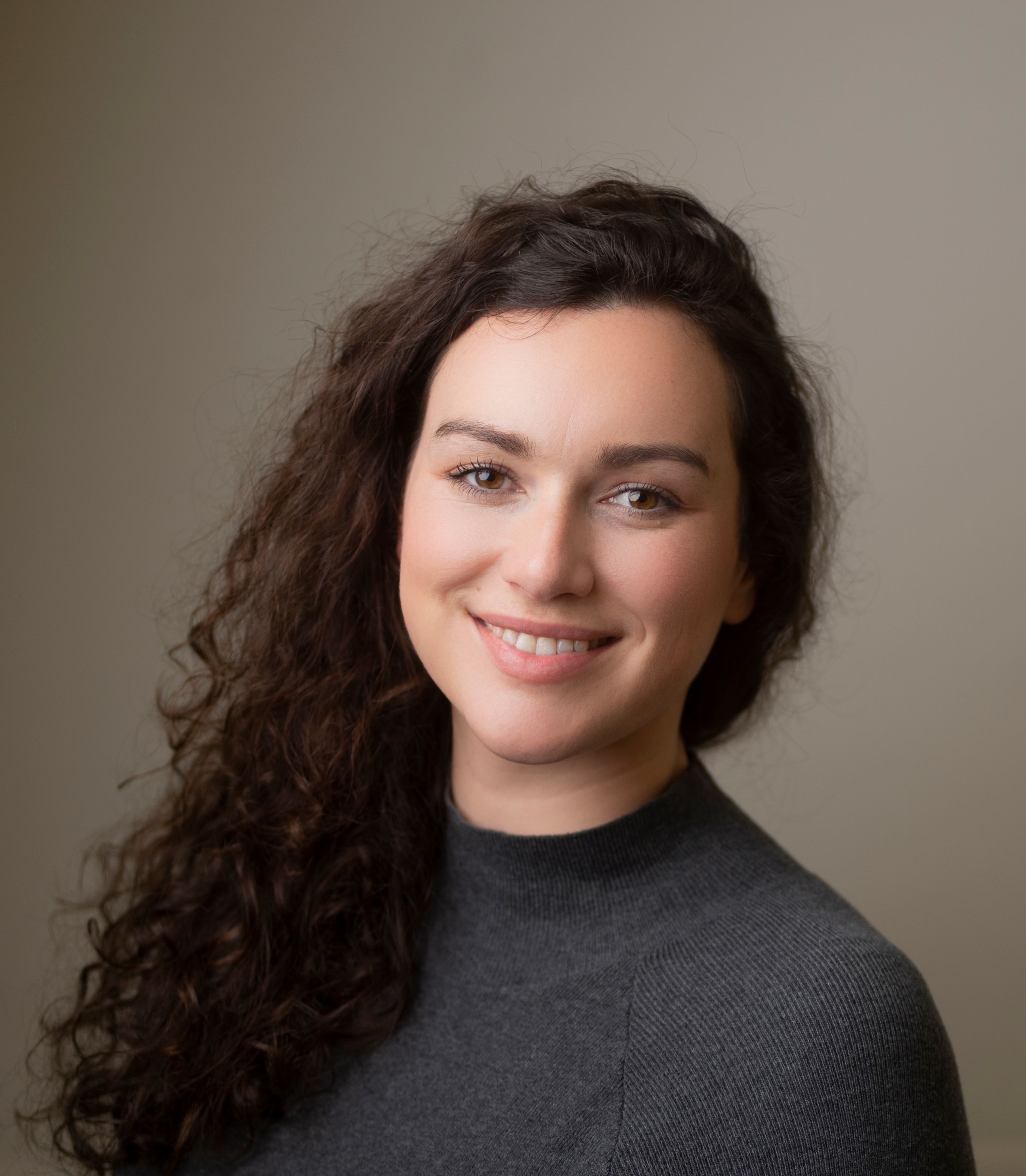 Charlotte joined the University of Exeter in 2015 as Global Partnerships Officer where she was responsible for the planning and overseas management of Vice-Chancellor led international visits to partner universities, and equivalent inward VIP visits. Prior to joining the University of Exeter, Charlotte worked in regional, and later national, event coordination and marketing for Riverford Organic Farmers. 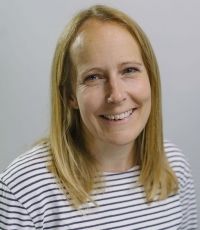 Emma McFadyen joined the Global Partnerships team in September 2019 as Business Partner for the College of Medicine and Health. She supports a range of international partnership activity, working closely with the Associate Dean Global (ADG) and is keen to hear from any academic staff who would like to explore any aspect of international collaboration.

Prior to joining Global Partnerships, Emma worked in alumni relations, first for the Business School, and more recently heading up the University’s alumni volunteering programme. Prior joining the university and returning to Exeter, Emma taught in Japan for two years after graduating, before working in various London-based international events and project management roles. Emma loves being back in the South West and can often be found at weekends hiking across the moors, sailing on the Exe or pottering around the countryside with her son and husband in their campervan. Emma has a BA Double Hons in French and Comparative Literature. 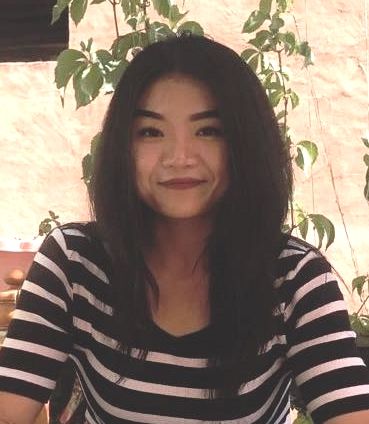 Before joining the University of Exeter, Nicole has worked with international organizations like Save the Children and the UN Environment Programme as a project officer and interpreter. She also worked with the private sector to develop and localise public-private business models in China’s education industries.

Nicole holds an MA in Translation and Interpreting from the University of Bath. 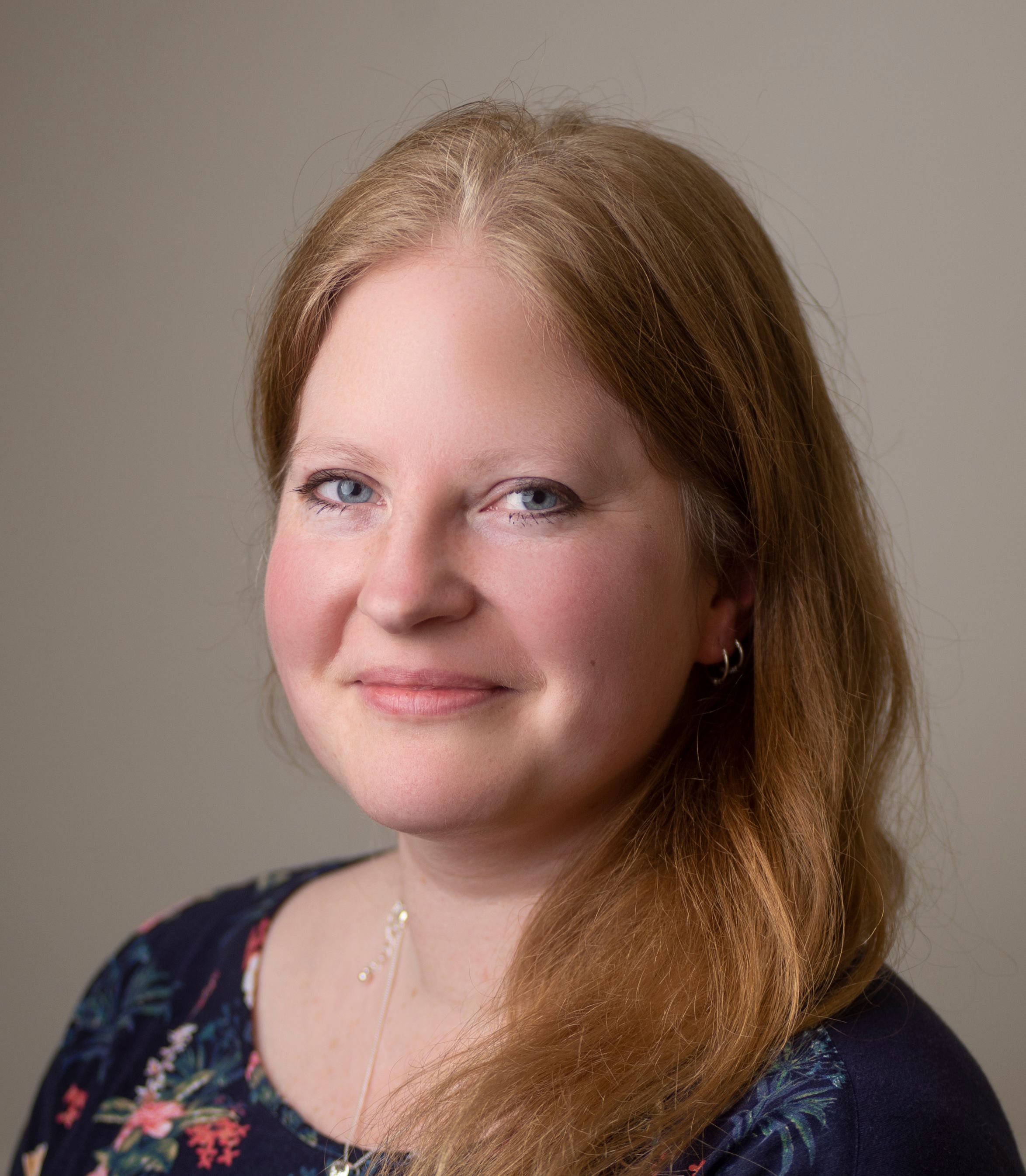 Dr Emma Clarke joined the Global Partnerships team in January 2019, working as the Partnerships Engagement Manager responsible for managing Exeter’s portfolio of tier 1, strategic partner relationships. In 2020, Emma took on a new role as Regional Head for South East Asia and Australasia, with the responsibility for developing partnerships which support Exeter’s research, teaching, and recruitment ambitions in the region. She works closely with the Associate Deputy Vice Chancellor (Asia) and Exeter’s six Colleges to support the University’s Global strategy.

Emma received her PhD from Exeter’s Department of Engineering in 2017, having completed an MSc and BSc (Hons) in Environmental Science: biodiversity and conversation in 2006 from Plymouth University. At other points within her career, Emma has worked in the Pulp and Paper Industry and managed a number of UKRI funded, multidisciplinary academic led networks, in the themes of decision making under uncertainty and environment and sustainability. 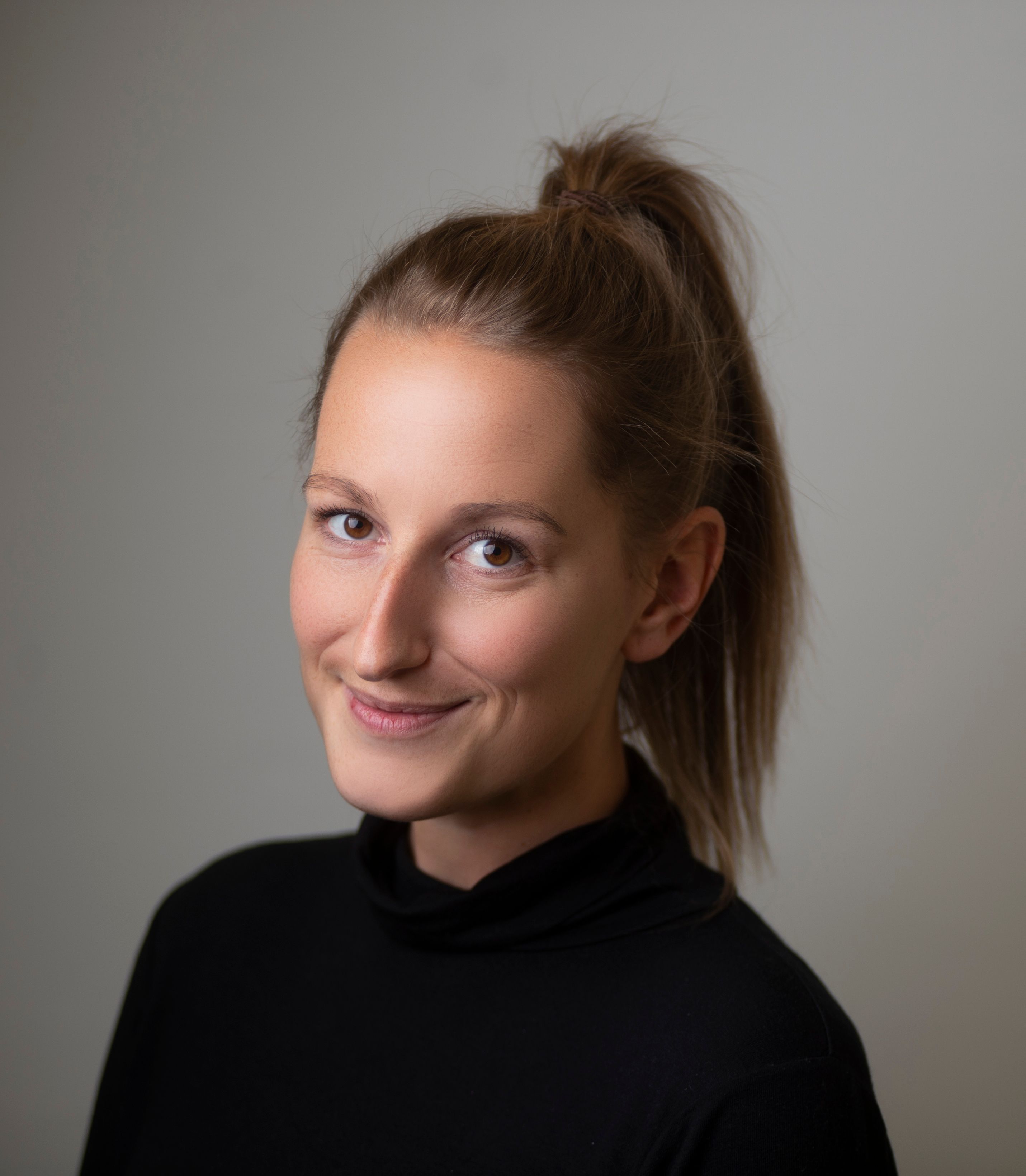 Sarah joined the Global Partnerships team in January 2018 and works closely with the Office of the Vice-Chancellor and Senior Executives to manage international visitors to the University and the logistical coordination for senior delegation visits overseas. Sarah leads on administrative support to the Global Partnerships team covering a wide range of activities including financial transaction record-keeping, supporting existing partnership programs, internal funding calls and monitoring return on investment of partnership activity.

Sarah graduated from Sheffield Hallam University in 2011 after completing a degree in Tourism Management. Sarah enjoys all things travel related and has spent time living and working overseas prior to joining the university. 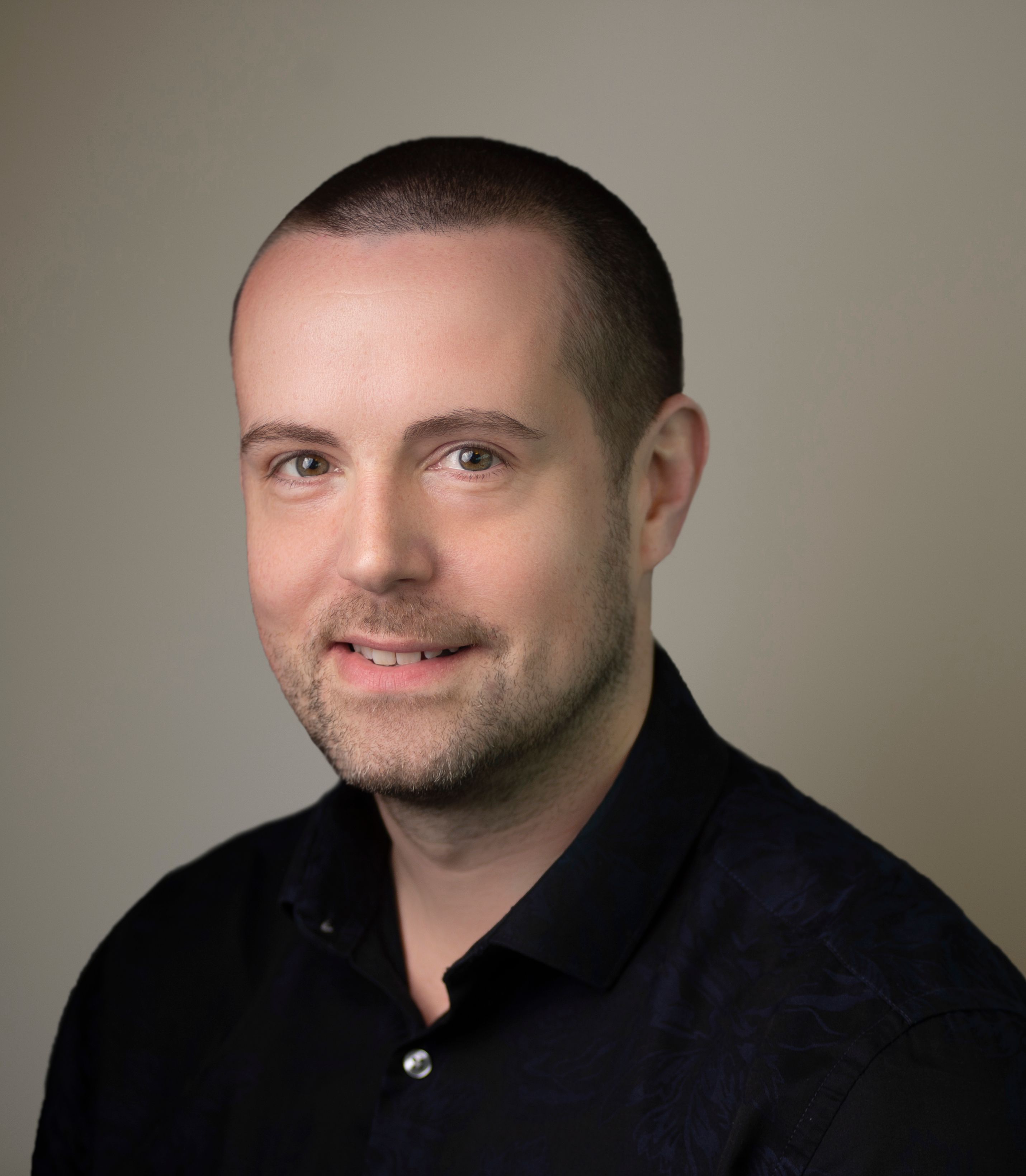 Matt's background includes executive support and event coordination for multinational companies in London, as well as hospitality management in both the UK and Spain.