This year we are focusing on raising awareness of some members of the bi community both past and present.

Bi in Our Community

PRISM Exeter is a network for LGBTQ+ individuals and their allies working and studying in the local Science, Technology, Engineering, Mathematics and Medicine (STEMM) sector.

Here is one of their videos

PRISM Exeter - Being Bi and Sci-curious

In this video, Dr Natasha Stephen, Director of the Plymouth Electron Microscopy Centre and lecturer in Advanced Analysis (Earth & Planetary Sciences), explains how the academic system is far from equitable - particularly within the fields of science, technology, engineering, mathematics and medicine - and how success often feels as though it is drifting further and further out of reach. However, hope is not lost (!) as we hear how grassroots organisations are starting to make big waves, and there is a place for everybody in the new world order!

Nat is a bisexual ECR at the University of Plymouth, who can normally be found in her microscopy lab playing with rocks and meteorites. She had a rocky road into academia, and is still navigating the shark-infested waters but truly believes that it’s worth fighting to make academia better for everyone. Nat is also a founding member of TIGERinSTEMM and chair of the Royal Astronomical Society’s diversity committee.

This talk was recorded during PRISM Exeter's Speakers event for LGBTQ+ STEMM Day on November 17th 2020. The Speakers series aims to showcase the incredible work being done by LGBTQ+ individuals in Science, Technology, Engineering, Maths and Medicine (STEMM) and provide a platform for broader discussions on diversity and inclusion within STEMM.

Bi in the Wider Community

Below are profiles taken from a variety of resources of some well-known bi people in our wider community, both past and present. 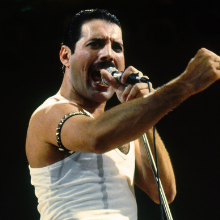 Freddie Mercury was the lead vocalist and songwriter of the rock band Queen. Regarded as one of the greatest lead singers in the history of rock music, he was known for his flamboyant stage persona and four-octave vocal range. Mercury defied the conventions of a rock frontman with his highly theatrical style influencing the artistic direction of Queen.

Although both Freddie Mercury and Queen actively avoided publicly labelling his sexuality, lest it negatively impact their careers, Freddie Mercury's attractions and behaviour were openly bi. His relationships included Mary Austin, to whom he willed his home and the royalties from his music, and about whom he wrote the song "Love of my Life." Later, Mercury was involved with Barbara Valentin, who is featured in the video for "It's a Hard Life."

In 1985, he began a relationship with hairdresser Jim Hutton that lasted until Mercury's death from bronchial pneumonia resulting from AIDS. 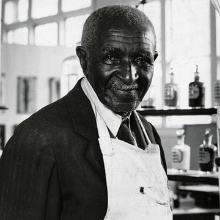 George Washington Carver was an American agricultural scientist and inventor who left a lasting impact on the agricultural industry as a whole. Carver is credited with creating and developing hundreds of products using peanuts, sweet potatoes, and soybeans.

In 1990, Carver was inducted into the National Inventors Hall of Fame. In 2005, Carver's research at the Tuskegee Institute was designated as a National Historic Chemical Landmark by the American Chemical Society. In addition, many museums, gardens, and schools have been named after this great scientist.

At Tuskegee, he rejected the matchmaking attempts of his friends. At age 40, Carver dated Sarah L. Hunt for three years. Hunt was an elementary school teacher and the sister-in-law of Warren Logan, Treasurer of Tuskegee Institute. The relationship ended when she moved to California. He formed a series of long-lasting friendships with his male students, wrote them very affectionate (although not sexually explicit) letters, and was known to enjoy getting "therapeutic" peanut oil massages from handsome men. University colleagues also claimed he would "horse around" with many men.

From 1934 until his death in 1943, Carver and scientist Austin W Curtis Jr. were constant companions. Carver and Curtis would walk around campus at Tuskegee, arm-in-arm on their way to check on their experiments. Carver left all of his assets to Curtis upon his death. 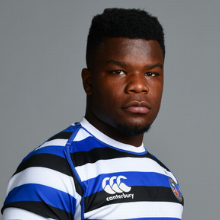 Levi Davis is a British rugby player and musician. He played for Bath Rugby from 2017 to 2020. In 2020, he signed with the Ealing Trailfinders. He also appeared on The X-Factor 2019: Celebrity as a member of Try Star, a trio of rugby players.

In September of 2020, Davis came out as bi. He has also been open about the negative impact that being in the closet has had on his emotional and mental health. 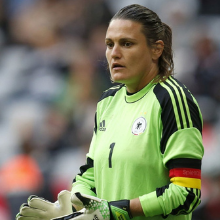 Nadine Angerer is a 36-year-old German player and captain of Germany’s national team.

In January 2014 she won FIFA’s World Player of the Year award – making her the first goalkeeper, male or female, to do so.

In 2010, she came out as bisexual. ‘I am very open about this, because I am of the opinion there are nice guys and nice women,’ she said. ‘Besides, I find it totally silly to have a general definition. I see no problem for me to come out of the closet. This is nothing new for me, so I can deal with the issue in a totally relaxed manner.’ 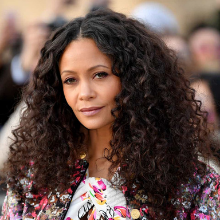 Melanie Thandiwe, known professionally as "Thandiwe" Newton, is an English actress who has appeared in a number of films and is currently one of the stars of the HBO show Westworld.

She earned a BAFTA for Best Actress in a Supporting Role for her part in Crash (2004) and has been nominated for a Critic's Choice Award, Golden Globe, Screen Actors Guild, and Emmy Award for her role in Westworld.

In a 2008 interview with The Advocate, Newton discussed her own sexual past. 'I had my rite of passage. I was 16, and I wasn’t really in control of the situation if you know what I mean. It was much more about a male fantasy of seeing two women together. But I loved the girl a lot; she was one of my closest friends. I think falling in love is actually more about falling in love with an individual. We’re all potentially bisexual; it all depends on your circle, your upbringing, and all kinds of things. Or maybe I’m just talking about myself. I could’ve easily fallen in love with a woman over a man.' 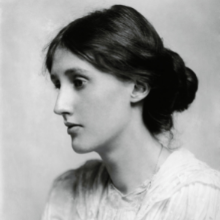 Her diaries indicate that she was very in love with her husband, Leonard Woolf. They were both a part of the Bloomsbury group which tended to have more liberal ideas about sexuality than general society did at that time. They were not monogamous, nor were Virginia Woolf's lovers all men.

To join or find out more about the LGBTQ+ student societies or staff network, please click below 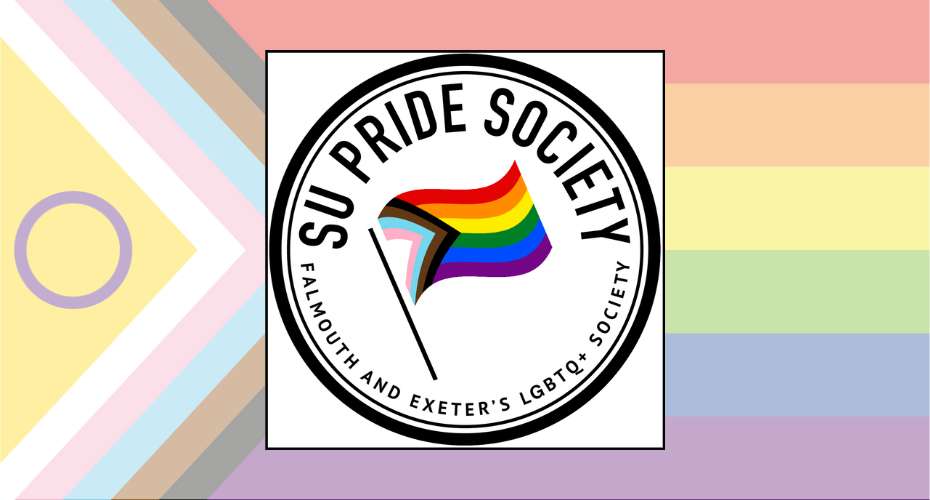 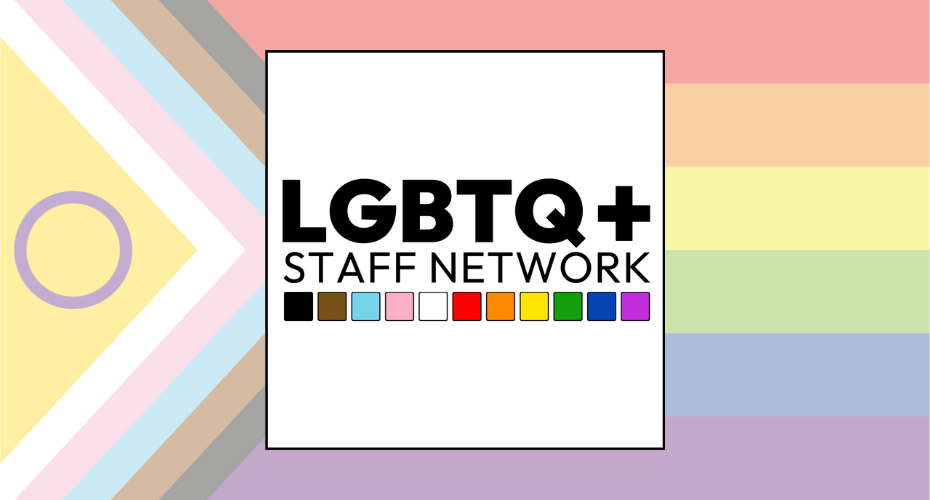 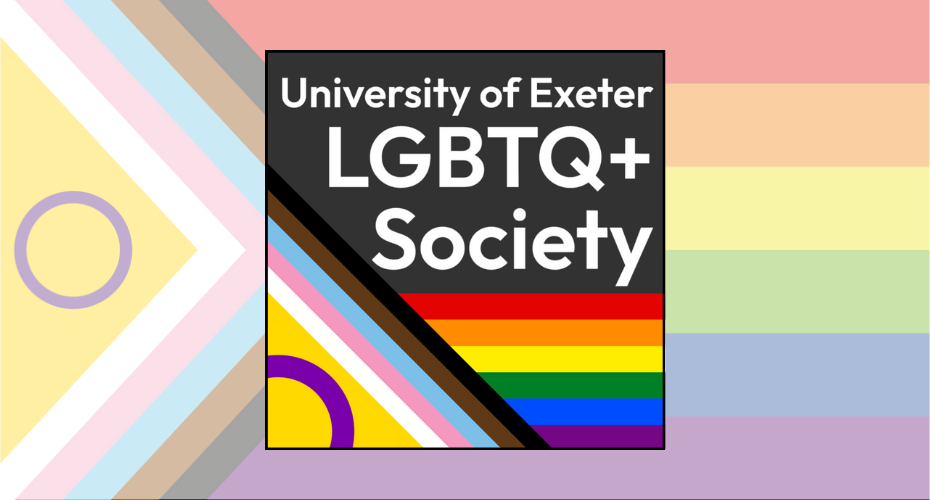