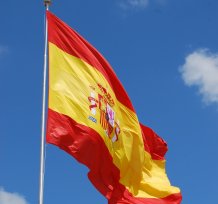 The free month-long series of events includes a series of virtual screenings of films in Spanish and Catalan and talks from experts.

People can explore the history and culture of Spain and South America as part of a new virtual film festival.

The free month-long series of events, Screening the Child, includes a series of virtual screenings of films in Spanish and Catalan and talks from experts.

The theme of the festival, which will take place from February 1st until March 12, is how children have been used as key characters in films which describe historical, political, social, and cultural change.

Each film will be available to watch for one week, alongside Q&A Zoom discussion on selected films with academics, educators and fans of the film.

The event is run by PhD student Rachel Beaney in partnership with Pragda Spanish Film Club and the Modern Languages departments of Cardiff University and the University of Exeter.

The event is made possible with the support of Pragda, The Ministry of Education, Culture and Sports of Spain, and SPAIN arts & culture.

The five films are The Country of Fear, Black Bread, Summer 1993, Bad Hair and  I, girl.

The Country of Fear (El país del miedo), was directed by Francisco Espada and released in 2015. It tells the story of Carlos, Sara, and their preteen son Pablo, who live a peaceful middle-class life until Sara begins to notice things disappearing in the house. The film is available to screen from February 1 to 8.

Black Bread (Pa negre), was directed by Agustí Villaronga and released in 2011. It is set in the war-ravaged Catalan countryside of the early 1940s where a local man is accused of murder and his son sets out to find the truth. It is available to screen from February 11 to 18 and the round table discussion will be on 15 February at 6pm.

Summer 1993 (Estiu 1993), was directed by Carla Simón and released in 2017. It tells the story of six-year-old Frida, who is is forced from bustling Barcelona to the Catalan provinces to live with her aunt and uncle following the death of her parents to AIDS. It is available to screen from February 17 to 24 and the round table discussion will be on February 22 at 6pm.

Bad Hair (Pelo malo), directed by Mariana Rondón, was released 2013. It tells the story of a nine-year-old, who becomes obsessed with straightening his hair. This elicits a tidal wave of homophobic panic in his hard-working mother. It is available to screen from February 25 to March 4.

I, girl (Yo, niña), directed by Natural Arpajou was released in 2018. It tells the story of Armonía, a little girl who lives with Pablo and Julia, who seem to be her parents, in an idyllic landscape of lakes, rivers, and forests in southern Argentina. They are neo-hippies, vegetarians, promiscuous, questioners of the system, and have problems with the law. It is available to screen from March 5 to 12.

Find out more and register at: https://www.eventbrite.co.uk/e/screening-the-child-spanish-film-club-tickets-135142088625