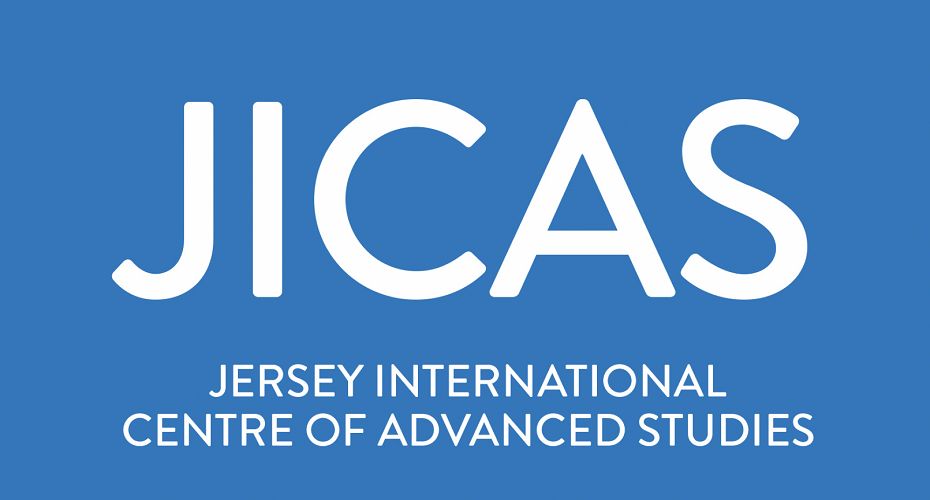 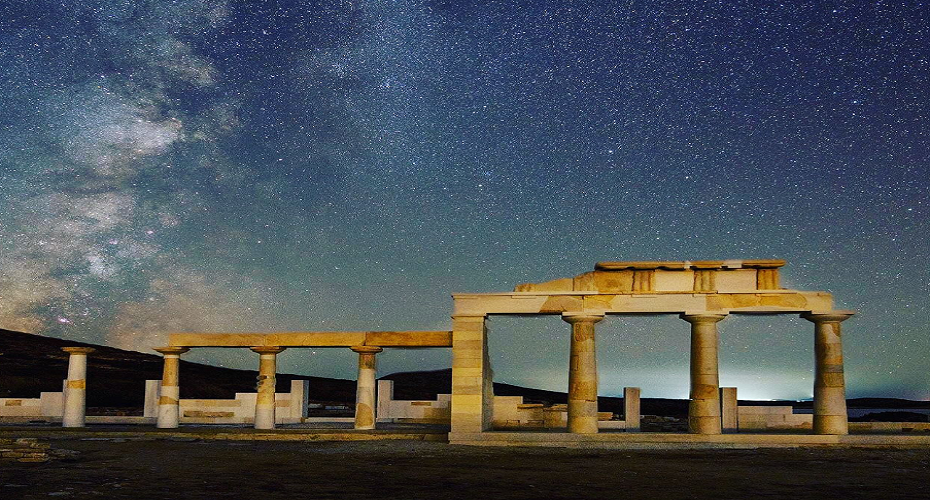 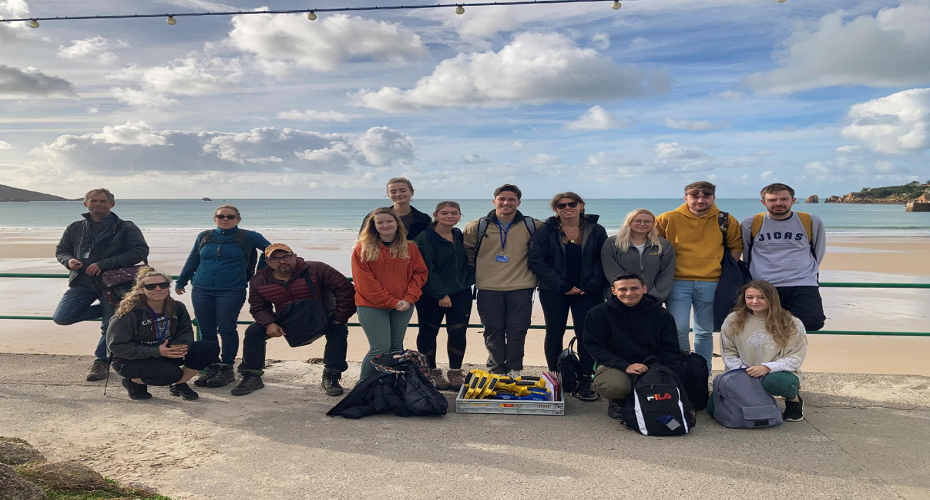 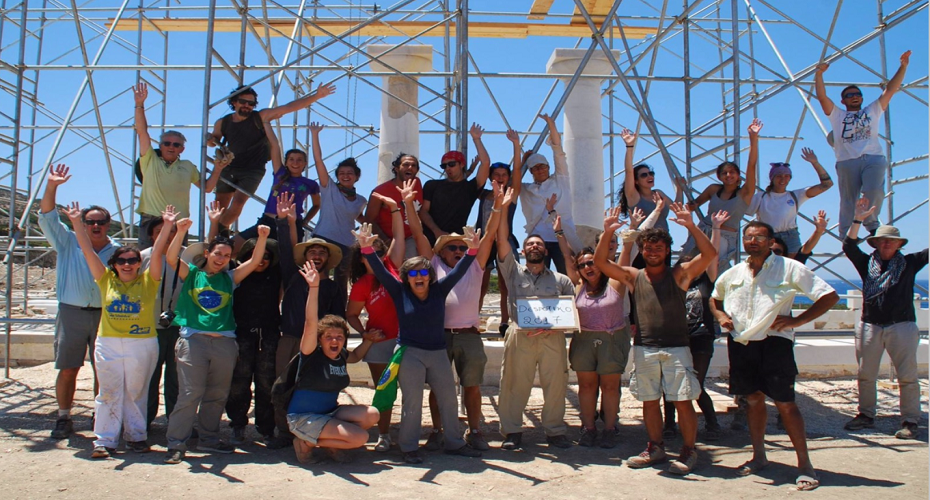 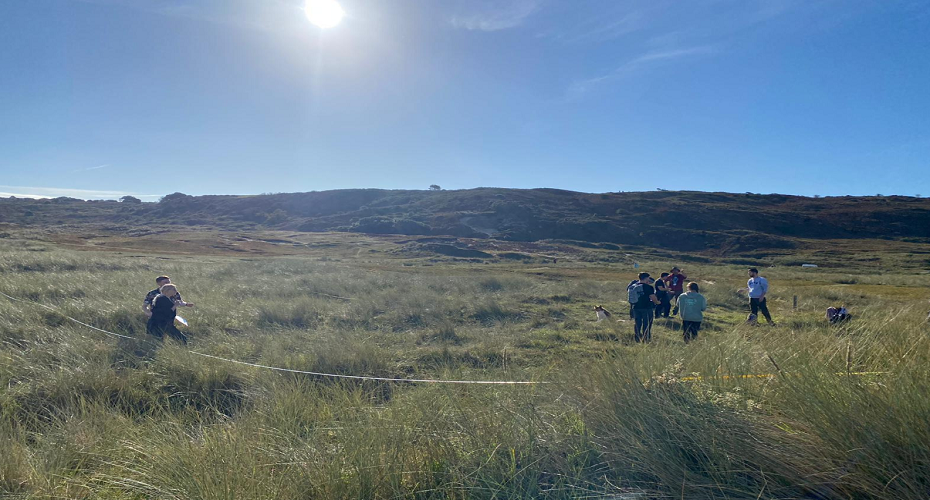 We are delighted to inform you of an opportunity to join one of our partner institutions on an exciting archaeological exploration over the summer in 2022!

The Jersey International Centre of Advanced Studies Field School is a research-led centre of teaching and learning that focuses on all things islands. Located in the beautiful and culturally rich island of Jersey, Channel Islands, and other islands across Europe, the JICAS Field School offers both theoretical and skills-based courses that help prepare the next generation of practitioners and decision makers within the field of Island Studies.

Through different research methods including ground-truthing evaluation, statistical analysis and conservation techniques, you will undertake fieldwork to investigate archaeological remains and engage with on-going excavations.

Please note, these summer programmes are delivered by the Jersey International Centre for Advanced Studies and not by the University of Exeter.

The 2022 JICAS Island Archaeology Field School in Jersey is run in partnership with Jersey Heritage. Week one will examine Approaches to Prehistoric Landscapes in Jersey with Dr Matt Pope and comprise classroom sessions, field trips and fieldwork. The classroom session will cover mapping, recording and interpretation of the prehistoric record through geoarchaeological approaches. Outside of the classroom we will make use of Jersey diverse and dramatic landscape to explore different types of preservation context from Ice Age sediments of the foreshore to buried Neolithic landscapes. Parts of the fieldwork will help to support the Archaeological Map of Jersey project being run subsequently by Dr Helen Dawson and JICAS by providing geoarchaeological characterisation for parts of the island which have so far been uninvestigated.

Week two examines the Archaeological Map of Jersey with Dr Helen Dawson and comprise a pilot study with students conducting important preliminary ground work which will inform and shape future fieldwork. In order to achieve this, students involved in the field school will receive training in field survey techniques, landscape archaeology, and comparative island archaeology. The starting point for the survey comprises the known distribution of prehistoric sites from the Jersey Historic Environment Record and the new results of the recent LIDAR survey conducted on the island by Jersey Heritage. As a first step, the study will compare the two datasets using a GIS software: overlaying the datasets will lead to identifying areas of archaeological interest that require further investigation. The subsequent step will be to visit these locations in the field and carry out an initial assessment of the intensity and extent of human activity, using established field survey techniques.‌

Dr Matthew Pope is a Principle Research Fellow in Paleolithic archaeology at the UCL Institute of Archaeology. He leads multiple fieldwork projects spanning the last 600,000 years of the early human occupation record in Northern Europe. Over the last 13 years he has helped to lead the reexamination of the Paleolithic record of Jersey which has included excavations at La Cotte de St Brelade and Les Varines.

Dr Helen Dawson is Senior Research Fellow at JICAS, adjunct professor at the Department of History and Culture at the University of Bologna, and associate research fellow at the Department of Prehistory at the Freie Universität Berlin. She has extensive fieldwork experience and a special interest in islands, which goes back to her first dig as an undergraduate in Barbados in 1997, followed by more fieldwork in the islands of the Mediterranean (Sicily, Cyprus, the Cyclades), a topic on which she has published widely.

The archaeological excavation of the Sanctuary of Apollo at Despotiko is run in partnership with the Ephorate of the Antiquities of the Cyclades, Greek Ministry of Culture. The two-week Island Archaeology Field School will explore the key achievements of Parian culture during the Archaic period through the lens of the island’s ancient sites and the magnificent ceramics and sculptures housed in the Archaeological Museum of Paros. The Field School will devote particular attention to the Sanctuary of Apollo on nearby Despotiko, where students will have the opportunity to excavate for two weeks and learn the basics of field archaeology. To place Parian achievements in context, we will visit museums in Naxos and Delos to compare the Archaic materials from these sites. The two-week course also comprises a series of thematic lectures that will acquaint students with broader themes of the Archaic period, helping to set the background to understand the Parian achievements within the broad context of Greece.

Dr Kourus studied Archaeology at the University of Florence and has been working as an archaeologist for the Greek Ministry of Culture since 1986. He was head Archaeologist for the 21st Ephorate of Prehistoric and Classical Antiquities on the islands of Paros, Antiparos and Despotiko from 1986 through 2006 and from 2011 until now. Over the last 28 years he has been conducting many rescue excavations in Paros and currently he is curator at the Archaeological Museum of Paros. Since 1997 he has directed the excavations on the sanctuary of Apollo at Despotiko. Yannos Kourayos has several articles and books on the archaeology and art of Paros and Despotiko and has given more than one hundred talks at universities in Europe, United States of America, Brazil and Japan.

Dr Angliker has BA and MA in Classics from Unicamp (Brazil), an MA in Archaeology from Columbia University in New York and PhD in Classical Archaeology from University of Zurich. Erica was Research Fellow at the Institute of Classical Studies, University of London from 2019 until 2021. Currently she is fellow at the Danish Institute for Mediterranean Studies and Researcher collaborator at the Institute for Advanced Studies in Unicamp (Brazil). Erica has worked as scientific member at the excavations on the island of Despotiko since 2011 and together with the director of the excavation Yannos Kourayos she has been publishing several artefacts retrieved from the excavations; currently they are working on the study of the dancing floor recently discovered at the island of Tsimintiry. Dr Angliker is the author of a range of articles on the religion and archaeology of the Archaic and Classical Cyclades.