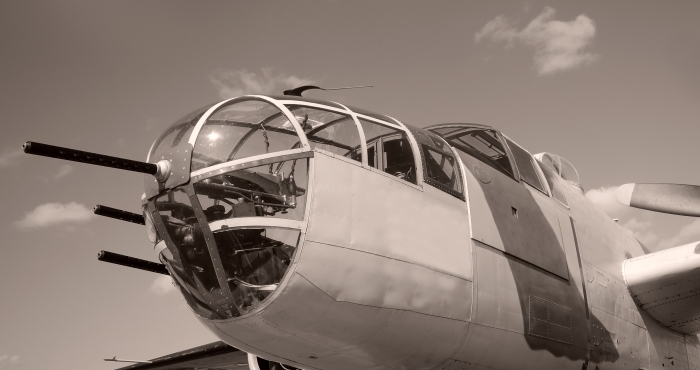 Professor Overy’s books The Air War and Why the Allies Won in particular have contributed to the development of UK and US air force cadets. They are used as core textbooks for approximately 2,000 military trainees a year in the US. His work is also featured on courses aimed at around 3,000 US mid-career officers a year. The Air War has been cited in the RAF Manual of Doctrine as a reference work, while his latest book on bombing was one of six chosen for the Chief of the Air Staff’s reading list for 2014.

Due to his expertise, Professor Overy regularly contributes to RAF personnel development opportunities in a teaching and advisory role. Since 2008 he has attended the annual RAF Air Power Conference where he has participated on an RAF round table between officers and academics.

The Royal Australian Air Force cited Professor Overy in its doctrine publication Strategy, Air Strike and Small Nations. He also contributed to a book edited by a senior Royal Norwegian Air Force officer on A History of Air Warfare, with a chapter on air power in World War II. Professor Overy also provided the introduction for the US Air Force Academy Military History Symposium on Air Power: promise and reality. He is a board member of the RAF Centre for Air Power Studies.

Professor Overy has worked with the RAF Museum. In 2013 he organised a joint University of Exeter/RAF Museum conference, where he delivered a paper on archives and airpower. Since then, he has been appointed Chair of a new Research Board at the museum, which will ensure research is being used to enhance the way the museum involves the public and to inform public exhibitions.

Since 2007 Professor Overy’s research has focused on European war bombing during World War II. This has resulted in a book, The Bombing War: Europe 1939-1945. The book explains the relative failure of the major air offensives and helps to explain how communities survived bombings without social collapse. He shows that the military impact of bombing in diverting resources and defeating the German Air Force were much more important than the economic or morale effect.

The book is an important study in the process of escalating violence in major war. It was shortlisted for the Guggenheim-Lehrman Prize in March 2014 and winner of a Cundill Foundation Recognition of Excellence Award in November.