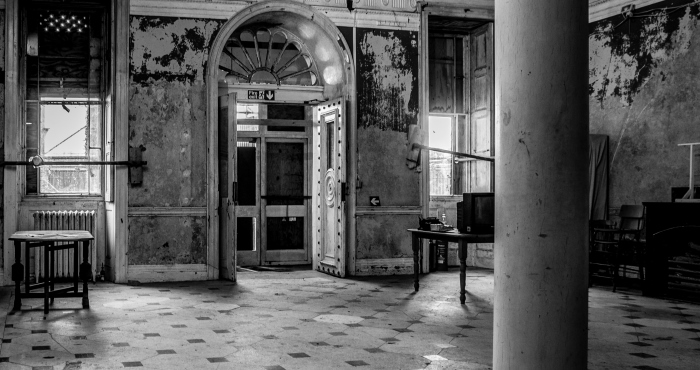 Poltimore House is a country house on the edge of Exeter, previously owned by the Bampfylde family, Lords Poltimore. The house, which contains elements from the Tudor period onwards, is now semi-derelict, and along with the surrounding grounds, once a garden and landscaped park, is owned a local charity, Poltimore House Trust which is dedicated to its renovation.

His research into personal and estate correspondence of 19 gentry households from across England in the period 1670-1900 allowed him to guide the volunteers in analysing the composition and turnover of the household and garden staff at Poltimore, their geographical origins and career patterns from census, estate letters and newspaper sources.

The project developed on-site educational activities with primary and secondary schools in East Devon, plus A-level students from Exeter College. During the course of the project 721 school pupils from seven partner schools in Devon participated in 18 training and outreach events mapped to the National Curriculum. Events included on-site training workshops on masonry recording, archaeological survey, landscape analysis and visits to schools, and a film made by Broadclyst Community Primary School.

The project increased public access to Poltimore House and its grounds. It also stimulated public interest in the neglected historic landscape at Poltimore, by making techniques of landscape research more widely accessible. During the course of the project 2,127 members of the public participated in 86 training and outreach events (including flagship launch events and an end-of-project symposium), two project open events and other ‘local history days’.

The project made the history of Poltimore House publicly accessible with information about the heritage of the estate presented to the general public through the creation of a specific project website, which contains 101 documents, photographs and analyses of census, newspaper and mapping evidence undertaken by project volunteers.

The project created new archaeological find collections for the Poltimore House Trust, moveable on-site displays and five permanent on-site visitor display boards to present new interpretative materials about Poltimore, its gardens and estates, incorporating the work of school children and volunteers involved in the project, and leaflets providing key information and maps. These have been built into on-site presentations at open days by volunteer guides, and a new guidebook to be written by the volunteers, sold to raise funds for the Poltimore House Trust. Material from the project will be incorporated into a new volume on the history of Poltimore House, published by the Trust in November 2013 to raise funds.

In October 2013, volunteers trained as part of this project formed a dedicated history society (The Poltimore Estate Research Society, PERS) to continue pursuing research projects that began during the knowledge transfer project.