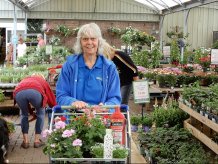 Cornwall’s voluntary organisations have been adapting services to support more vulnerable people for longer during the Covid-19 crisis.

Less than a quarter (23 per cent) of volunteer organisations reported that the services they deliver are operating as usual in the midst of COVID-19, with 92 per cent having stopped at least one service. Many organisations report being unable to access Government funds.

Services supporting the young and the elderly are most adversely impacted – with one to one sessions, events and group activity most likely to have been suspended across the sector.  In light of this many voluntary organisations have transformed and extended their service offer to help more people receive more support during the crisis.

The findings come from a survey of the voluntary, community and social enterprise sector (VCSE) of Cornwall, undertaken by Cornwall Voluntary Sector Forum, in conjunction with Exeter University, in May 2020.

The survey sought information on the impact of COVID-19 on the services, finances and staffing levels of those organisations, in order to understand the knock-on effect to the people of Cornwall. It comes as the wider implications of COVID-19 are likely to result in a growing demand for the services that many voluntary organisations provide.

The survey was completed by 143 organisations, representing all areas of the voluntary sector, including organisational support groups such as for people with disabilities, sensory loss, older people, young people, and others in vulnerable groups.

More than three quarters reported that they had experienced loss of income. Smaller organisation were particularly concerned about their future finances.

The responses also indicated how the sector has innovated to adapt to the new landscape, and the changing needs of service users. Two thirds reported changing the way services are delivered, primarily by moving services online. The same number said they were ready to expand these services as needed. As many as 94 per cent intend to restart services in future.

Marguerite Day, part of Age UK Cornwall’s Wadebridge Welfare Transport Team, said volunteers quickly changed their focus from taking older people out for trips on their accessible minibus, to delivering much-needed goods to people who are shielding. “For some people, it’s an absolute lifeline,” she said. “We’re a part of the community, so these are people we know quite well. In some cases we have been the only people they see, so the social contact is as important as the items we deliver.”

Helen Boardman, Chief Executive of Cornwall Voluntary Sector Forum, said: “Voluntary organisations are telling us that they are experiencing a greater increase in demand for support from vulnerable people who have multiple and complex needs as a result of unemployment, relationship breakdown, debt, poverty and mental ill health. They are doing their level best to adapt and adjust their services to support more people, yet this comes with a cost.  Supporting more vulnerable people for longer will require more funding and resources which is why we support Cornwall Council’s efforts to lobby the Government to release more funding for the Voluntary Sector.”

Lead researcher Professor Jane Wills from the University of Exeter’s campus in Penryn, said:  “Cornwall’s voluntary  organisations provide a wealth of important and valued services. The lock-down has prevented them raising income while also increasing demand for their services. Our research findings expose the perfect storm to come.”