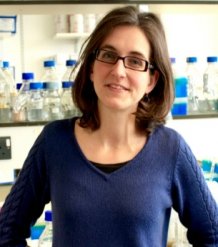 £250,000 kickstart for University of Exeter microbiologist

Dr Stineke Van Houte has received £250,000 to support her research into antimicrobial resistance.

The Lister Institute of Preventive Medicine have announced that Dr Van Houte has been awarded a £250,000 research grant to help with her research which is aimed at developing new tools to tackle antibiotic resistance using the highly versatile CRISPR-Cas9 enzyme to remove antimicrobial resistance genes.

BBSRC Future Leader Fellow and Associate Professor at The Centre for Ecology & Conservation, based in the ESI, on Exeter’s Penryn Campus, Dr Stineke Van Houte said: "To become part of the Lister community is a huge honour.

“The Lister Prize, and the flexible funding it provides, is a major boost for an emerging line of research in my lab, that comes at a critical point in my career.

“I look forward to contributing to the scientific community, and eventually to generating real societal impact through the research funded by Lister.”

The Lister Institute’s research prizes give researchers in the early years of running their own groups the opportunity to develop their potential through flexible funding. Usually over a five-year period, the funding has been extended to six this year due to the COVID-19 pandemic.

There were six early-career biomedical scientists who won funding for their research.

Chair of The Lister Institute’s Scientific Advisory Committee, Professor John Iredale said: “Despite all of the challenges that the current pandemic has made to our young researchers, we had a large number of extremely high-quality applications.”

“We are delighted to be able to award six Prize Fellowships to six outstanding individuals with impressive proposals.”