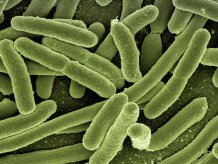 AMR poses a threat to the effectiveness of modern medicine.

AMR occurs when bacteria, viruses, fungi and parasites evolve to become resistant to commonly used antimicrobial drugs making infections harder to treat and increasing the risk of disease spread, severe illness and death. As well as the threat of a lack of treatments for conditions from sepsis to malaria, AMR infections are also a threat to crops and livestock impacting food security.

Five million deaths worldwide are already associated with AMR infections caused by bacteria, and it has been predicted that AMR infections will be the leading cause of death by 2050 with a cumulative cost to society of $100 trillion.

Professor Will Gaze, of the University of Exeter Medical School, said: “Antimicrobial resistance is an emerging pandemic, and one of the greatest health challenges of our time. This World Antimicrobial Awareness Week, the theme is ‘preventing antimicrobial resistance together’. We are epitomising that ethos at Exeter, through our One Health approach, which brings together academics across a wide range of disciplines to find answers to this very real global threat.

With more than £14 million in recent funding and nearly 400 experts working together, Exeter is at the forefront of developing solutions that could benefit the global population and stop deaths.”

The Microbes & Society network – a collective of nearly 400 interdisciplinary Exeter scientists –study the role of micro-organisms in human societies and global systems. Bacterial and fungal AMR is a major research focus of the network.

Recently funded projects included a £9 million Horizon Europe project on AMR and climate change, focusing on AMR evolution, ecology and epidemiology in coastal environments and a £5 million UKRI funded project focusing on molecular and evolutionary mechanisms that can be used to control AMR in microbial communities.

Professor Stineke Van Houte, of the University of Exeter’s Environment and Sustainability Institute added: “Understanding how AMR evolves and spreads in human, animal and environmental microbiomes is key to finding new ways to tackle resistant infections. With this new funding, the Exeter Microbes & Society network will become a leading force in developing such solutions”.