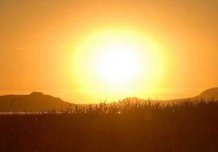 The world's deserts, combined, receive in six hours more energy than the planet needs in a year.

Power to the people

In his recent Inaugural Lecture, Professor Tapas Mallick talked not just about his past and the events which have brought him to the Environment and Sustainability Institute (ESI), but about the future, too.

He spoke in particular about his hopes for more breakthroughs in solar power technologies, innovations which will speed up the spread of cheaper, more efficient energy, particularly to the 1.4 billion of the world’s population still without electricity of any kind.

Professor Mallick told his audience on the University’s Penryn Campus that he’d grown up in a village south west of Calcutta which was without electricity until he was 14. He said that India itself, despite its massive recent growth, still has 300 million inhabitants without electricity, most of them -  like large areas of Africa and south east Asia - physically remote from the grid.

He then outlined the different technologies to have developed, many of them since the worst effects of the 1973 world oil crisis.  Some of these would directly benefit people in the world’s hottest countries, with high amounts of overhead sun; others are better suited to countries – like much of northern Europe – where atmospheric conditions and a different angle of radiation mean that less of the sun’s heat is available for conversion into power.

Contemporary methods of conversion have progressed a long way very quickly, even within the last ten or so years; Professor Mallick therefore concluded his lecture on a positive note about the strides we can reasonably expect to make in years to come.

In his official vote of thanks, the ESI’s Director, Professor Kevin J Gaston, said that Tapas personifies all that the ESI aspires to be: a world-leading innovator whose work is at the cutting-edge of science, and an academic driven by a desire to make a lasting difference in the world.

A video of Professor Mallick’s lecture is available to watch.