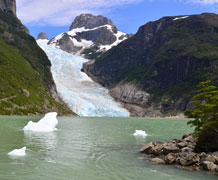 It is not only size that matters when planning a protected area, other spatial features such as shape are also critical to the number of animal species found there. A new study from the University of Exeter assessed the spatial characteristics of more than 400 South American protected areas - places legally protected for the long term conservation of nature - to determine what affects the number of amphibians, birds and mammals present.

The study, which is published in the journal Diversity and Distributions, considered the size of each protected area, its shape, the level of fragmentation and its proximity to other protected areas.

The results showed that while larger areas tended to host more species, this effect increased if the area was an irregular shape rather than a compact one. In contrast, an increase in size did not substantially increase the number of species if the habitat was fragmented compared with non-fragmented.

The researchers found that interactions between spatial features have important effects on biodiversity within protected areas. Assessments of potential interactions should, therefore, be carried out prior to establishing protected areas to optimise the design and ensure that the positive effect of one feature, for example size, is not attenuated by the influence of another feature, for example fragmentation.

The study found that the numbers of species present were also affected by the interactions among spatial features and environmental conditions including latitude, altitude, temperature and rainfall, indicating that guidelines on protected area design should account for local conditions as well as spatial features.

Dr Paz Durán, lead author of the paper, who is now at the United Nations Environment Programme said: “With respect to spatial design, we now know that protected area effectiveness is more than the sum of its parts - interaction between spatial features plays a key role in biodiversity representation.”

Professor Kevin Gaston Director of the Environment and Sustainability Institute at the University of Exeter’s Penryn Campus in Cornwall said: “Our study untangles those features of protected areas which influence the number of species present. We found that size alone is not enough to ensure species richness; a protected area also has to have other key design features, which depend on its environment, to boost biodiversity.”

By assessing hundreds of protected areas across a continental scale, this study provides the first evidence of the combined and interactive effects of spatial features on species richness. The researchers hope that these findings will be instrumental in boosting biodiversity in existing protected areas and ensuring that future protected area design is maximised.