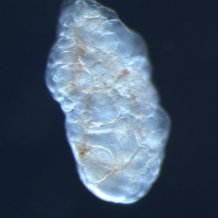 In animals, releasing eggs in a timely manner is vital to maximize the chances of successful fertilization.

However, how this process evolved and is controlled in different species is poorly understood. A new regulator of egg release has been identified in jellyfish in a new study published March 3 in the open-access journal PLOS Biology by Gonzalo Quiroga Artigas and Evelyn Houliston of Sorbonne University, France, and Professor Gáspár Jékely from the University of Exeter’s Living Systems Institute. The finding sheds light on how the complex hormonal control of sexual reproduction in animals evolved.

Clytia hemisphaerica is a small marine jellyfish, common across the world’s oceans. It is part of the phylum Cnidaria, a large and diverse group of invertebrate animals that includes jellies, anemones, and corals. While the cellular events of meiosis (chromosome shuffling and genome reduction) are similar in eggs of all animals including cnidarians and vertebrates, the hormonal control of the process to ensure that eggs are produced at the best time to maximize fertilization success differs considerably, and key steps in the regulation of cnidarian gametogenesis are only partially understood.

In Clytia, formation of mature eggs (which have one set of chromosomes) from immature oocytes (which have four) is triggered every morning by release of a maturation-inducing hormone (MIH) from the surrounding tissue when it is stimulated by light at dawn. Previous studies had identified this neuropeptide hormone, but its receptor was unknown. However, the authors knew that stimulation by MIH produced a rise in levels of the signaling molecule cyclic AMP within oocytes, and that such a rise is typically associated with activation of a type of receptor called a G-protein coupled receptor (GPCR).

From that clue, they identified 16 GPCRs from the Clytia genome that are made in oocytes. Using a synthetic MIH neuropeptide as bait, they then identified the GPCR that it stuck to most strongly, on the grounds that it was likely to be the MIH receptor (MIHR). To confirm that this receptor was involved in MIH-stimulated signaling, they mutated the MIHR gene using CRISPR/Cas9 genome editing. This mutation produced severe defects in development or release of eggs in females and of sperm in males. These effects could be mimicked by injection of an antibody that blocked part of the normal receptor, and mitigated by treatment of the mutant with an analogue of cyclic AMP, bypassing the mutant receptor and restoring the downstream signal.

The family tree of the receptor sequence showed that it is related to a large set of GPCRs in other cnidarians, and also to a set of peptide hormone receptors in vertebrates . These include receptors for hormones that regulate both sexual reproduction and feeding, including neuropeptide Y and gonadotrophin inhibitory hormone in humans.

“The discovery of this receptor will help us understand the critical process that transforms animal oocytes into eggs,” Houliston said, “and may help reveal important steps in the evolution of the hormone systems that regulate and link sexual reproduction to nutrition in animals.”

The paper titled A G protein-coupled receptor mediates neuropeptide-induced oocyte maturation in the jellyfish Clytia, is published in the journal PLOS Biology.