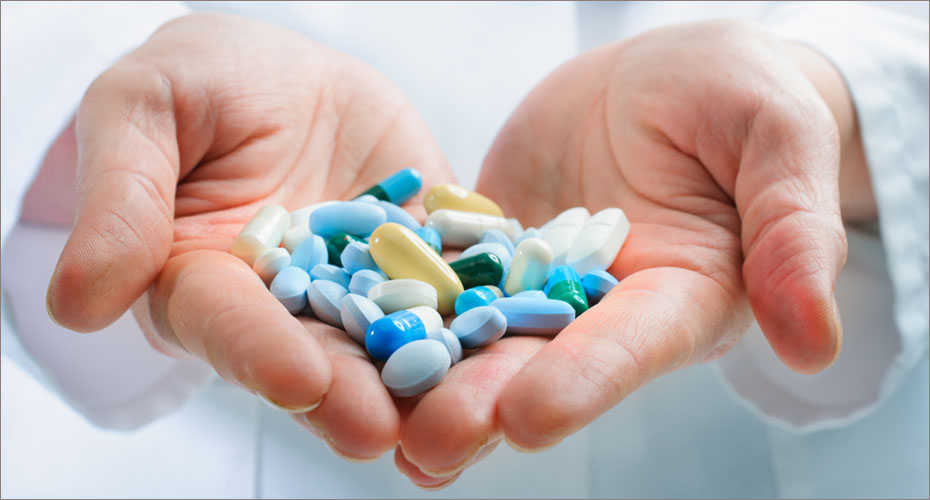 We are leading an international programme to accelerate promising new therapies to bring them forward to large-scale cohorts and robust clinical trials. As well as the development of some exciting new drugs, we research existing drugs that can be “repositioned” – or repurposed for other uses for which they are effective. We have already completed several trials, including a very encouraging study of the anti-diabetes drug liraglutide; and we are about to commence trials of 2 of the best emerging candidate treatments – phenserine (2 trials: Alzheimer’s disease and dementia with Lewy bodies) and fasudil (Alzheimer’s disease). We also have an exciting clinical trial programme focussing on disease modifying therapies for Parkinson’s disease, including an ongoing trial of a repurposed experimental compound (AZD0328) and 2 trials about to commence with a novel intervention targeting Parkinson’s pathology in the gut.

We have shown that widely-used medications, such as antipsychotic medications and sleeping tablets can have devastating side-effects, including increased mortality. Our work has played a key role in achieving a substantial reduction in the use of these drugs and the serious related consequences. We have also palyed a key role in the development and evaluation of the next generation of safer treatments such as pimavanserin.also want to develop new and safer treatment approaches.

Neurodegeneration: Neurodegeneration is a long process that pre-dates clinical symptomatology by decades and the attention of researchers is shifting from the description of the symptoms towards the characterization of what biological changes take place from the pre-clinical stage to advanced disease using sophisticated techniques of neuroimaging such as Positron Emission Tomography (PET) and Magnetic Resonance Imaging (MRI) . One specific programme is evaluating the glymphatic system, a newly-discovered system of waste disposal of the brain, as an early treatment target in Parkinson’s disease and Alzheimer’s disease with promising initial evidence that existing drugs such as Carvedilol and Prazosin may have benefits.

The Parkinson’s genetic programme: The Parkinson’s genetic programme comprises of a series of studies funded by the Michael J. Fox Foundation for Parkinson’s research for the identification of biological signatures of the disease before the clinical onset of parkinsonism and the understanding of evolution of the pathology in vivo. We aim to identify potential targets for antinflammatory therapies that could improve this condition and prevent the progression of the disease.

MIND-MAPS: We are part of a large collaboration with academic and industrial partners, called MIND-MAPS, which aim is to find new PET and MRI biomarkers that can be used to develop new drugs. In this collaboration, we have previously demonstrated alterations in the synapses of patients with Parkinson’s disease and are currently expanding this study on patients with Multiple System Atrophy and Amyotrophic Lateral Sclerosis, two progressive disorders for which no therapy is currently available.

Precision Medicine: We are developing approaches for precision medicine, to develop targeted treatments and clinical trials for people with risk genes for Parkinson’s disease, such as a GBA polymorphism.

PROTECT: Using the PROTECT platform, with more than 25,000 healthy people over 50 signed up online, we run a series of digitally enabled trials simultaneously on the factors that help people stay mentally healthy in later life, already demonstrating the benefits of brain training in large clinical trials (available free as part of our PROTECT programme) and we are currently evaluating a range of other interventions including self-directed exercise and vitamin D.

Clinical Neuroscience - who we are