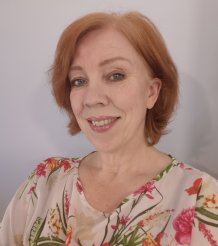 Rachel Sawyer, who takes infliximab for her IBD.

People who take a commonly-prescribed drug for inflammatory bowel disease (IBD) should not assume they are protected after a first dose of COVID-19 vaccine, after a large-scale study found many had poor antibody responses.

The research measured antibody responses after vaccination with the Pfizer/BioNTech or the Oxford/AstraZeneca COVID-19 vaccine in 865 people treated with infliximab, an anti-tumour necrosis factor (anti-TNF) biologic drug, prescribed to around two million people worldwide. Anti-TNF drugs are effective treatments for immune-mediated inflammatory diseases, but by suppressing the immune system, they can reduce vaccine effectiveness and increase risk of serious infection.

Led by the University of Exeter and the Royal Devon and Exeter NHS Foundation Trust, and published in GUT, the paper is an output from the CLARITY Study is funded by the NIHR and Crohn’s and Colitis UK. The research found that people treated with infliximab had significantly lower concentrations of antibodies, when compared to 428 people on an alternative treatment, vedolizumab.

Vaccines work by stimulating the immune system to produce antibodies that protect individuals from any future infection. For a vaccine to be effective, it needs to trigger a sufficient number of virus-targeting antibodies to prevent any subsequent infection.

After a single dose of vaccine, only about one third of participants (103 of 328) treated exclusively with infliximab generated adequate levels of antibodies to the virus for the vaccine to be considered effective. In participants simultaneously taking infliximab and immunomodulator drugs, such as azathioprine or methotrexate, the levels of antibodies were even lower after a single vaccine dose; only 125 of 537 met the threshold of a positive antibody test.

However, in a sub-group of people who had previously been infected with COVID-19, and also in the few patients studied who had already had a second dose of vaccine, the vaccine-triggered antibody responses rose significantly, indicating an effective response after two exposures. Based on these observations, the researchers conclude that people taking anti-TNF drugs should be considered a priority for a second vaccination.

The  CLARITY study recruited 6,935 patients with Crohn’s disease and ulcerative colitis from 92 UK hospitals between September and December 2020, to investigate the impact of these drugs on COVID-19 susceptibility and protective immunity that follows infection or vaccination. Previously, the study found that infliximab blunts the immune system to COVID-19 infection, potentially increasing the risk of reinfection.

CLARITY study lead Dr Tariq Ahmad said the current findings had important implications for people treated with anti-TNF therapy, particularly for those also treated with an immunomodulator. He said “Poor antibody responses to a single dose of vaccine exposes these patients to a potential increased risk of COVID-19. However, we found much higher antibody levels in people vaccinated after a previous COVID-19 infection and in the small number of patients who had received two vaccine doses suggesting that all patients receiving these drugs should be prioritised for optimally timed second doses.”

500,000 people across the UK live with Inflammatory bowel disease (IBD) of which ulcerative colitis and Crohn’s disease, are the two main forms. Symptoms include urgent and frequent bloody diarrhoea, weight loss, pain, and extreme fatigue. At the start of the COVID-19 pandemic the UK Government advised that patients taking anti-TNF medicines could be at increased risk of complications from coronavirus. All were advised to follow strict social distancing measures, and some, depending on the severity of their condition, were advised to shield.

Co-author Dr Nick Powell, of Imperial College London, said: “Although we know that this has been an incredibly difficult time for people with IBD, our research indicates that people treated with infliximab should consider that they are not protected from COVID-19 until they have had both doses of a vaccine and should continue to practice enhanced physical distancing and shielding if appropriate.”

In the study, a small sub-set of patients showed no antibody response even after two exposures to COVID-19. Co-author Dr James Goodhand, of the University of Exeter, said: “Our findings come as countries across Europe are opting to delay the second dose of vaccine. We recommend prioritizing second doses to patients taking anti-TNF drugs, who will remain at high risk after their first dose. Further data are needed to investigate whether we should be testing antibody concentrations after two doses to identify the small number of patients who have not responded well to vaccination.”

The study also found evidence that antibody responses were lower in current smokers and participants aged 60 or older, but higher in non-white participants. These findings warrant further investigation in larger studies before firm conclusions can be drawn.

Sarah Sleet, Chief Executive of Crohn’s & Colitis UK, said: “This is the first robust evidence that people with Crohn’s and Colitis - who may need to take specific drugs to suppress their immune system -  do not develop the expected antibodies after their first vaccination dose, although a second dose does improve antibody levels. With 1 in 5 not developing antibodies even after 2 doses, these people will be desperately worried that they remain at risk of catching COVID–19 and may develop a more serious illness at a time when shielding has ended. We need urgent research on the optimal time between the first and second jabs, and the need to be prioritised for any booster jab this Autumn.”

The paper is entitled ‘Infliximab is associated with attenuated immunogenicity to BNT162b2 and ChAdOx1 nCoV-19 SARS-CoV-2 vaccines in patients with IBD’ .

Rachel, 52, was diagnosed with Crohn’s disease in 2000. As her conditioned worsened, she had to adapt her lifestyle and her social life diminished as she became increasingly housebound and too tired to go out.

“You just feel exhausted, and also very low a lot of the time” said Rachel, a communications manager who lives in Farnborough, Hampshire. “If you go out, you have to plan a circuitous route to make sure you’re never too far from a toilet – a lot of the time it’s just not worth it so you stay home, which has a further impact in lowering your mood.

“Infliximab was a real game-changer. I’d been so scared about taking medication, but I had to do something and my consultant persuaded me. Within six months, it made a real benefit. I had a colonoscopy and it showed real improvement. I’ve been in remission for nine years now, although I’m still taking infliximab.”

During COVID-19, Rachel has taken particular precautions around distancing, mask wearing, hand washing and going out, although stopped short of shielding. She said: “The lack of interaction has a huge impact on people’s mental health; ultimately you have to weigh up your own risk and circumstances. I’ve certainly been taking extra care, in line with the advice from the CLARITY study.

“While the findings from the research may be daunting for some IBD patients, particularly those on infliximab, they will not essentially change my behaviour. That said, I will continue to be diligent in my efforts to protect myself and others by practising social distancing, mask wearing and handwashing. Above all, I will be guided by the science that's provided by CLARITY and other world-leaders in IBD research and I hope other patients will follow suit.”