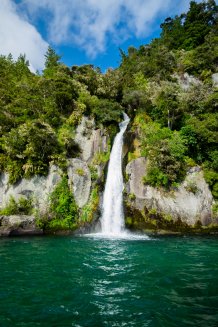 A new way of measuring economic growth that reveals the enormous value of the natural world has been officially approved by the United Nations.

Gross Ecosystem Product (GEP), pioneered by a global research team including from the University of Exeter Business School, is designed to address the shortcomings of Gross Domestic Product (GDP), the highest profile measure of economic growth in the world.

GEP reveals how nature contributes to economic activity and human wellbeing and whether the natural environment is being run down as a means of expanding the value of all goods and services bought and sold in a country – which is assessed by GDP.

The UN Statistical Committee’s official approval of the new measure encourages countries to calculate GEP alongside GDP, and researchers hope it will become as widely used.

One of the study’s authors, Professor Ian Bateman, from the University of Exeter Business School’s Land, Environment, Economics and Policy Institute (LEEP) and the Global Systems Institute, said the UN endorsement of GEP as the new companion measure to GDP was a huge boost to delivering sustainable economic policies around the world.

“It helps to guide government and business investments in ecosystem conservation and restoration and make sure that we stop boosting GDP by just running down the natural environment – a trend that is simply not sustainable in the long run, as problems such as global warming, biodiversity loss and massive deforestation are showing,” said Professor Bateman.

The research team is hopeful that GEP will be adopted by countries around the world. “To achieve sustainable development, we need to move beyond conventional economic measures like GDP,” said Professor Bateman.

“If you make a product but in doing so pollute and kill a river, then GDP only records the value of the product.

“Our GEP measure records the lost value of the river, providing decision-makers with clear and compelling evidence of the value of the natural world expressed using monetary measures.

“The UN decision should mean that GEP gets as widely adopted as GDP.”

GEP is a major part of the UN System of Environmental-Economic Accounting (SEEA), which was adopted in full by the United States Statistical Commission at its 52nd session last month (see report).

The SEEA is a large programme of accounting methods for organising data about habitats and landscapes, measuring the ecosystem services, tracking changes in ecosystem assets, and linking this information to economic and other human activity.

UN Secretary-General António Guterres has welcomed the adoption of the new economic and environmental framework, saying: “This is a historic step forward towards transforming how we view and value nature. We will no longer be heedlessly allowing environmental destruction and degradation to be considered economic progress.”

“The Great Depression in the 1930s exposed the urgent need for better macroeconomic performance metrics, such as GDP, to guide policy and investment,” said Professor Daily.

“GEP is urgently needed in response to the current Great Degradation in nature – the collapse of in the web of life, in which we are all deeply embedded and utterly interdependent.  We need new metrics for tracking ecological performance and guiding investments in regeneration – crucial win-wins for people and nature.”

Together the researchers developed the methods needed to produce an environmental accounting approach directly comparable to that used to calculate GDP.

In a study published last year they demonstrated GEP in action by applying it to China’s Qinghai province, which contains the sources of the Mekong, Yangtze and Yellow Rivers.

The case study concluded that GEP was actually greater than GDP in the year 2000, even after the rapid growth of the region’s economy in recent years.

Around two-thirds of Qinghai’s GEP was found to come from water-related “ecosystem services”.

“In particular it uses GEP to calculate the value of huge economic transfers to the region from the richer eastern parts of China that benefit from Qinghai’s ecosystem services. This helps pay to ensure that those services are maintained into the future.”

The study, “A tractable approach for bringing ecological information into decision-making: Gross Ecosystem Product (GEP) and ecosystem assets", was published in Proceedings of the National Academy of Sciences.