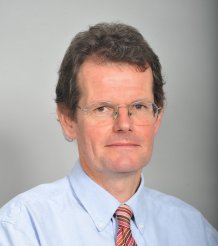 David Pencheon, Honorary Professor at the University of Exeter, has won the BMJ Outstanding Contribution to Health Award for his work tackling the climate emergency in healthcare.

The BMJ Awards are the UK’s top medical awards, recognising and celebrating the great work being done by healthcare teams and individuals across the UK to improve patient care and public health.

Professor David Pencheon has been a world leader of efforts to tackle the climate emergency from within healthcare. He led the setting up of the NHS SDU in 2007, at a time when very few others had the foresight to make sustainability and climate their top priority.

In the process he has been a major contributor to putting health at the heart of climate action globally and also to making climate action a normal and now essential responsibility for all healthcare professionals.

Professor Pencheon, founder director of the Sustainable Development Unit (SDU) for NHS England and Public Health England, said: “I’m honoured to win this prestigious award on behalf of all the work done by health professionals working on climate breakdown all over the world - and it’s so important to draw attention to the importance of tackling climate change both within the healthcare system and also more broadly.

“Health care has a huge environmental footprint, which then harms health - it’s a matter of ethics to move to a more sustainable system.  The healthcare system can also do much to minimise its impact, both directly and also by example and in partnership with other large organisations”

The NHS/PHE SDU piloted ways of measuring the carbon footprint of every aspect of healthcare in England and supported organisations and professionals in redesigning how care is delivered to reduce emissions and improve health and care. This work continues and has meant that the UK is able to take on the challenge - announced by NHS CEO Simon Stephens - to work towards a target of net zero carbon emissions.

After qualifying as a doctor from Oxford University, David went on to the London School of Hygiene and Tropical Medicine and moved into public health medicine. He was joint director of public health in North Cambridgeshire, a public health training director with the NHS R&D programme and director of the Public Health Observatory in Cambridge from 2001 to 2007, and led the SDU from 2007 until his retirement. David remains an Honorary Professor at the University of Exeter.

Dr Fiona Godlee, Editor in Chief at The BMJ said: “David has been an inspiration to the many people within healthcare working to tackle the climate emergency and has inspired and encouraged the next generation of healthcare professionals working in the field of sustainability.

“With so many pressing issues, including now the covid-19 pandemic, we must not let the real and present threat of global heating slip down the agenda. So I am particularly pleased that this year's award goes to David, as someone who has so effectively championed climate action in healthcare and helped to normalise climate change and sustainable development as a health issue - not just an environmental issue.”

The BMJ Awards has several other healthcare categories. In a change from our usual format, judging and selection of winners in each of these will go ahead virtually, and Dr Fiona Godlee will announce the winners on Wednesday 7 October.

This will be followed by an Awards Showcase video celebrating the 2020 winners and giving greater insight into the winning projects https://thebmjawards.bmj.com/