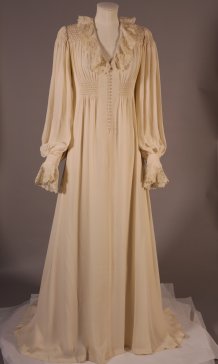 She achieved global stardom thanks to iconic roles in Gone with the Wind and A Streetcar Named Desire. Now the public can explore how Vivien Leigh had strong links to the South West as well as Hollywood as part of a major new project.

University of Exeter researcher Dr Lisa Stead is working to trace Leigh’s legacy.The work will illuminate new, unseen histories of Leigh's life and career as one of the twentieth century's most iconic female stars and show her connections to Devon. This includes a new interactive website.

The Bill Douglas Cinema Museum (BDCM), Exeter City Council’s Royal Albert Memorial Museum and Art Gallery (RAMM), and Topsham Museum all hold fascinating artefacts owned by the actress, including costumes, correspondence, scrapbooks and memorabilia. The website allows people to see 3D models of the artefacts and find out their journey from Tinseltown to a regional museum, and their connections to both Hollywood film sets to coastal museum cases. People can also listen to a new podcast series exploring Leigh's South West connections.

Vivien Leigh, who was born in 1913 and died in 1967, began her career on the English stage in the early 1930s and went on to achieve global film stardom, working on both sides of the Atlantic with her frequent co-star and husband Laurence Olivier. She twice won the academy award for Best Actress, suffered quite publicly with mental illness, and instigated a fan following that extends into the present moment.

Dr Stead is leading Reframing Vivien Leigh: Stardom, Archives and Access thanks to a 20-month AHRC funded research project. She is examining how the legacies of the screen star are archived and curated by a range of public institutions in the South West of England.

Dr Stead said: “Vivien Leigh was a national and transatlantic star, but also a local celebrity. Museums and archives in the South West hold fascinating artefacts which show a different picture of her life. We hope people will enjoy exploring the website, allowing them to see the objects – not always on display – at any time.”

Vivien Leigh’s evening dresses are held at the RAMM, accompanied by letters from her daughter Suzanne Farrington, who donated them to the museum. A nightdress worn by Leigh in the filming of Gone with the Wind along with dozens of other personal and professional items of dress and theatrical paraphernalia – hats, muffs, photographs and even a theatre seat – can be found at Topsham Museum. These materials were retained as part of the legacy of the museum's founder Dorothy Holman, aunt of Leigh’s daughter Suzanne Farrington and Leigh's former sister in law when she was married to her first husband, the South West-based solicitor Leigh Holman, in 1932. When Dorothy Holman founded Topsham Museum in the 1960s, she included material donated by Leigh's daughter.

The Fashion Museum in Bath holds some dress materials owned and worn by Vivien Leigh donated by Suzanne in 1967. These include an embroidered jacket from the 1940s made by Paris couturier Lucien Lelong, a dress and jacket by Balmain, and a lace blouse.

Shelley Tobin, RAMM’s curator of costume, said: "This wonderful project has allowed us to share two very special dresses in our collections that were custom made for Vivien Leigh. We have three of the actress’s fabulous gowns, all presented to RAMM in 1977 by her daughter, Suzanne Farrington. They were worn for first nights and after parties. A luxurious broadtail (fur) day dress worn by Leigh for a television interview on the 20th anniversary of Gone with the Wind and a glamorous couture evening gown are featured on the Reframing Vivien Leigh website along with letters from Suzanne Farrington. We’re delighted that the new website offers us an opportunity to show dresses made for such an important British film icon which are currently not on public display.”

Rachel Nichols, volunteer at Topsham Museum, said: “Topsham Museum always had a close relationship with Vivien Leigh’s daughter Suzanne Farmington who, even after her aunt’s death, visited the museum regularly and gave us many items belonging to her mother.

“Older members of the Topsham community remember Vivien Leigh coming to the youth club when she visited her former sister in law Dorothy Holman.

“Visitors come from all over the world to see the nightdress Vivien wore in Gone with The Wind. As well as the nightdress we hold an evening dress, which is sequinned and with a velvet skirt, a suit and hats, scarves and theatre mementoes. Other dresses have been passed to RAMM for their collection.”