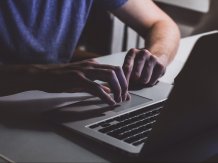 The research will provide intelligence for authorities trying to tackle virtual hatred and abuse across the continent.

State of the art computational analysis is being used to track the growth and influence of online extremist far-right groups in Europe as part of a major new study.

The analysis will show the size and influence of the groups and links between them. The research will provide intelligence for authorities trying to tackle virtual hatred and abuse across the continent.

Researchers will develop custom web-crawlers to map the ever-growing and diversifying far-right online ecosystem and then harvest the content of its many websites. This will be the most extensive text and visual database of far-right online platforms to date.

It is hoped the study, called Extreme Identities (“ExId”), which runs until 2023, will inform policymakers and officials from governments across Europe who are working to tackle online extremism.

Dr Baele said: “We will track what’s happening in the rapidly moving European far-right online ecosystem. This is key at a time when far-right politics is flourishing in Europe.

“Much previous research has focused on far-right parties and international collaborations between them. This study seeks to dramatically expand the scope and depth of the excellent work being carried out on grass-roots, online-based groups, which contribute to generating and sustaining far-right ideas and electoral gains.

“The politics of identity have now gained enormous salience in Europe and might well determine the future of the EU. While linguistic and visual processes of identity construction are well-known drivers of extremism, almost on-one has so far examined these processes for the European far-right until now.”

The analysis will allow researchers to see how topics discussed, grievances and emotions displayed have changed over time, which groups are prominent, and what the different subcultures and ideological communities exist.

The team will discuss their findings with policy-makers and security intelligence professionals, but will also engage with secondary schools.