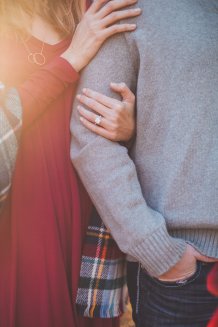 Having stronger religious beliefs is linked to higher levels of sexual satisfaction, a new study shows.

Those who report religion being important in their lives have less sex – driven by abstinence among those who don’t live with a partner – but are more content with their sex life overall, researchers have found.

The research shows having no or many lifetime sexual partners is linked to lower sexual satisfaction. Higher approval of casual sex or sex without love was found to be negatively associated with sexual satisfaction for both men and women.

The study, published in The Journal of Sex Research, was conducted by Dr Nitzan Peri-Rotem from the University of Exeter and Dr Vegard Skirbekk from the Norwegian Institute of Public Health and Columbia University.

More religious married women reported higher sexual satisfaction than their less religious peers, though this relationship is not found among married men. Single religious men also reported higher satisfaction from sex life, though this relationship disappeared after researchers included controls for attitudes to casual sex and sex without love, or when the sample was limited to sexually active respondents.

Among those who completed the survey 11 per cent of men and 16 per cent of women said religion and religious beliefs are very important to them. More than two-thirds of respondents reported that they never or almost never attended religious services. Half of all respondents were married, a further 17 per cent were living with a partner and a fifth had no stable partner.

On average, men reported higher frequency of sex occurrences in the past four weeks compared to women (4.4 compared to 4.0 respectively). Around a quarter of women and men expressed strong agreement with the statement “I feel satisfied with my sex life”, while 14 percent of women and 17 percent of men reported being dissatisfied with their sex life.

Nearly 40 percent of men reported having ten or more sexual partners in their lifetime compared to a quarter of women.

Dr Skirbekk said: “As religious individuals are less likely to engage in casual sex and are more likely to limit sexual activity to a relationship based on love this can lead to lower expectations of sexual activity outside a formal union, as well as increased satisfaction from sex life in general. However, it is possible that religious sentiments about the sanctity of marital sex, as well as disapproval of sex outside marriage, matter more for women’s than for men’s sexual satisfaction. This is also evident by the relatively higher levels of sexual satisfaction among more religious cohabiting men when all other variables were held constant, while no similar relationship was found among cohabiting women.”

The study shows a significant association between educational attainment and sexual frequency and satisfaction. Highly educated individuals reported having less frequent sex, as well as reduced satisfaction from sex life compared to those with lower qualifications.

Dr Peri-Rotem said: “Our research suggests that changes in sexual behaviour need to be understood in a context of changes in religious norms and beliefs and other societal level trends. The postponement of union formation is related to less frequent sex, while also increasing the exposure to casual sex among those with weaker religious orientation.